Wende Museum: (DE)CONSTRUCTING IDEOLOGY: THE CULTURAL REVOLUTION AND BEYOND 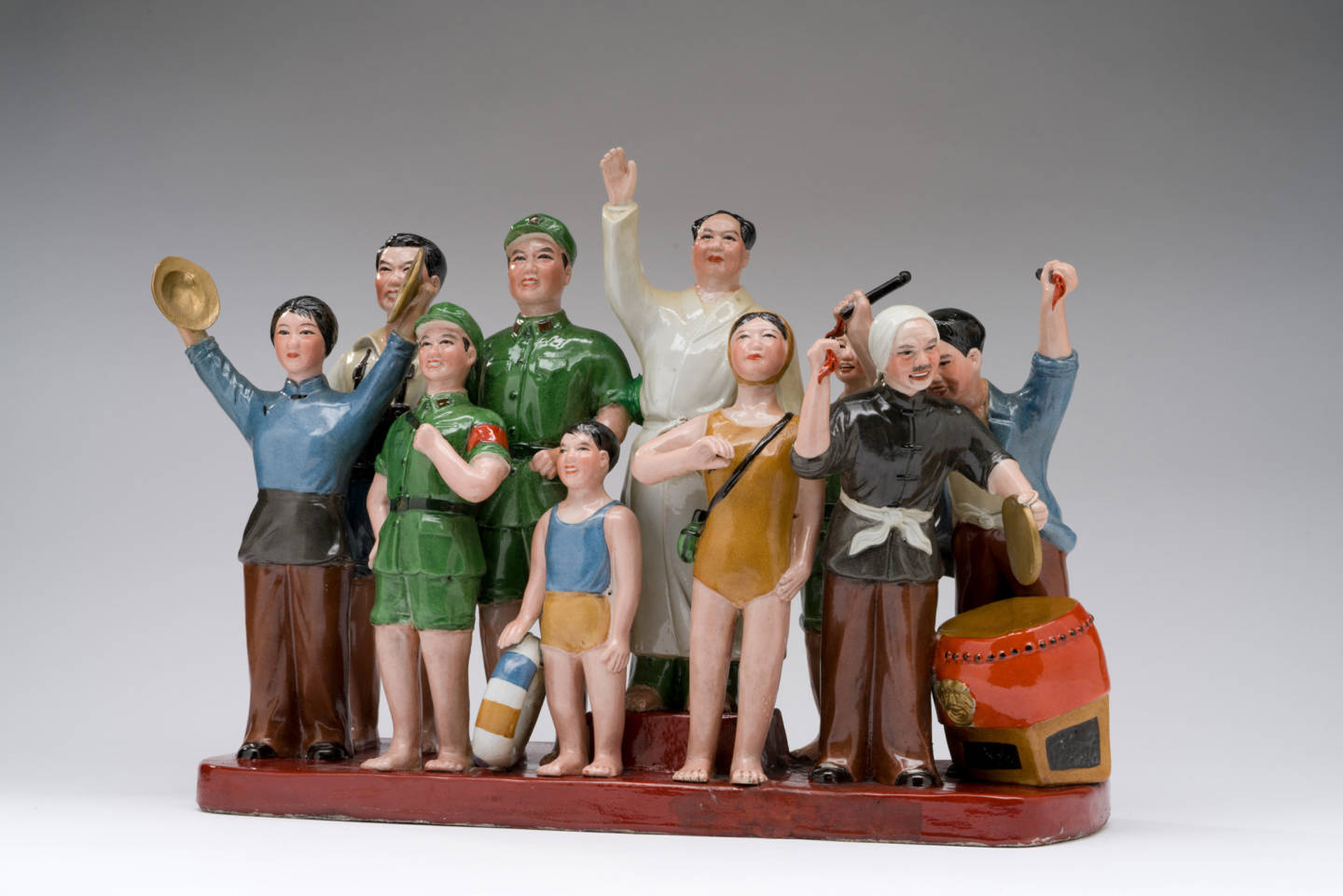 Wende Museum: (DE)CONSTRUCTING IDEOLOGY: THE CULTURAL REVOLUTION AND BEYOND

The Chinese Cultural Revolution (1966–76) was a period of tremendous social and economic upheaval. In the late 1940s, after the Japanese occupation, the nation had undergone an armed, political revolution resulting in the establishment of the People’s Republic of China under the leadership of Chairman Mao Zedong and the Chinese Communist Party. Recognizing the critical role of the arts in forwarding the socialist cause, Mao announced another revolution in his later years, one within the cultural realm that would last until his death in 1976.

On May 16, 1966, the Chairman called on the youths of China to overthrow existing academic and governmental institutions by destroying the “Four Olds”—old ideas, old culture, old habits, and old customs—in order to rid the nation of its feudal traditions. Educators, intellectuals, and cultural workers were purged from their positions, imprisoned, and branded as “capitalists,” “bourgeois,” or “revisionists.” A group of radical politicians close to Mao took control of the creation of the visual and performing arts so that they closely aligned with the Chairman’s ideology. The Cultural Revolution was marked not only by violence and the destruction of art and culture during its early years but also by the production and dissemination of iconic imagery that would spread across China and would outlast the end of the movement.

Taking as its starting point ceramics from China’s porcelain capital of Jingdezhen, this exhibition explores the history and artistic production of the Cultural Revolution. It presents imagery from the period while investigating the circumstances of production, the relationship between art and ideology, and the agency of the artists working within restrictive frameworks. The exhibition also looks at the afterlife of the movement through contemporary art, wherein which Chinese artists have appropriated and adapted the iconic images from this period for their own use today.

(De)constructing Ideology: The Cultural Revolution and Beyond is generously supported by the Andy Warhol Foundation for the Visual Arts.

We use cookies to ensure that we give you the best experience on our website. If you continue to use this site we will assume that you are happy with it.Ok