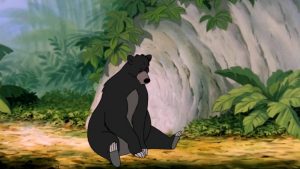 Bringing together a selection of works by contemporary and historical artists, this autumn’s collective exhibition spotlights our conceptions of a life of simplicity. In a wealth of free associations, it explores the fantasies and waves of nostalgia conjured by its very title, La Vie simple – Simplement la vie (“The Simple Life – Simply Life”).

The idealized notion of the simple life was born, for Van Gogh, out of his first-hand experiences as a young pastor in the Borinage, the coal-mining basin in Wallonia. The same ideal drew him to the works of Jean-François Millet, the painter of 19th-century French peasant life, for whose art and person he held an unwavering admiration. Millet and Van Gogh are the two historical anchors serving as a basis for the exhibition and at the same time sanction a cheerful and lively approach to its theme. Just as Van Gogh translates Millet’s peasant scenes into movement and colour, so the majority of the works assembled here pursue the Dutch artist’s wish “to show that one can be simple with something other than grey, white, black and brown.”1

Conceived specially for the exhibition or rarely seen before in France, the works in La Vie simple – Simplement la vie evoke the different aspects covered under the term “simplicity” – such as alternative forms of living, for example, and humankind’s relationship with nature and animals. The contributions by living artists also serve to deconstruct the myth of the simple life as one of calm and purification.

The film The Pure Necessity (2016) by David Claerbout is an astonishing adaptation of Disney’s animated movie classic The Jungle Book of 1967. Pawel Althamer’s installation sets the stage for a friendly encounter between visitors and feathered creatures, while the film O Peixe (The Fish) (2016) by Jonathas de Andrade, shot in Brazil, calls up ambiguous feelings as we watch an animal die. The series of photographs by Yto Barrada under the title Iris Tingitana (2007), the Latin species name of the Tangerian iris, refers us to the “botany of power” as well as to a flower very present in the iconography of Van Gogh, while the woodcuts by Andrea Büttner seem to offer a hymn to humility. The objects of religious devotion and the representation of local trades that we find in Van Gogh’s paintings are interrogated, lastly, via a selection of Provençal figurines from the 18th and 19th century.