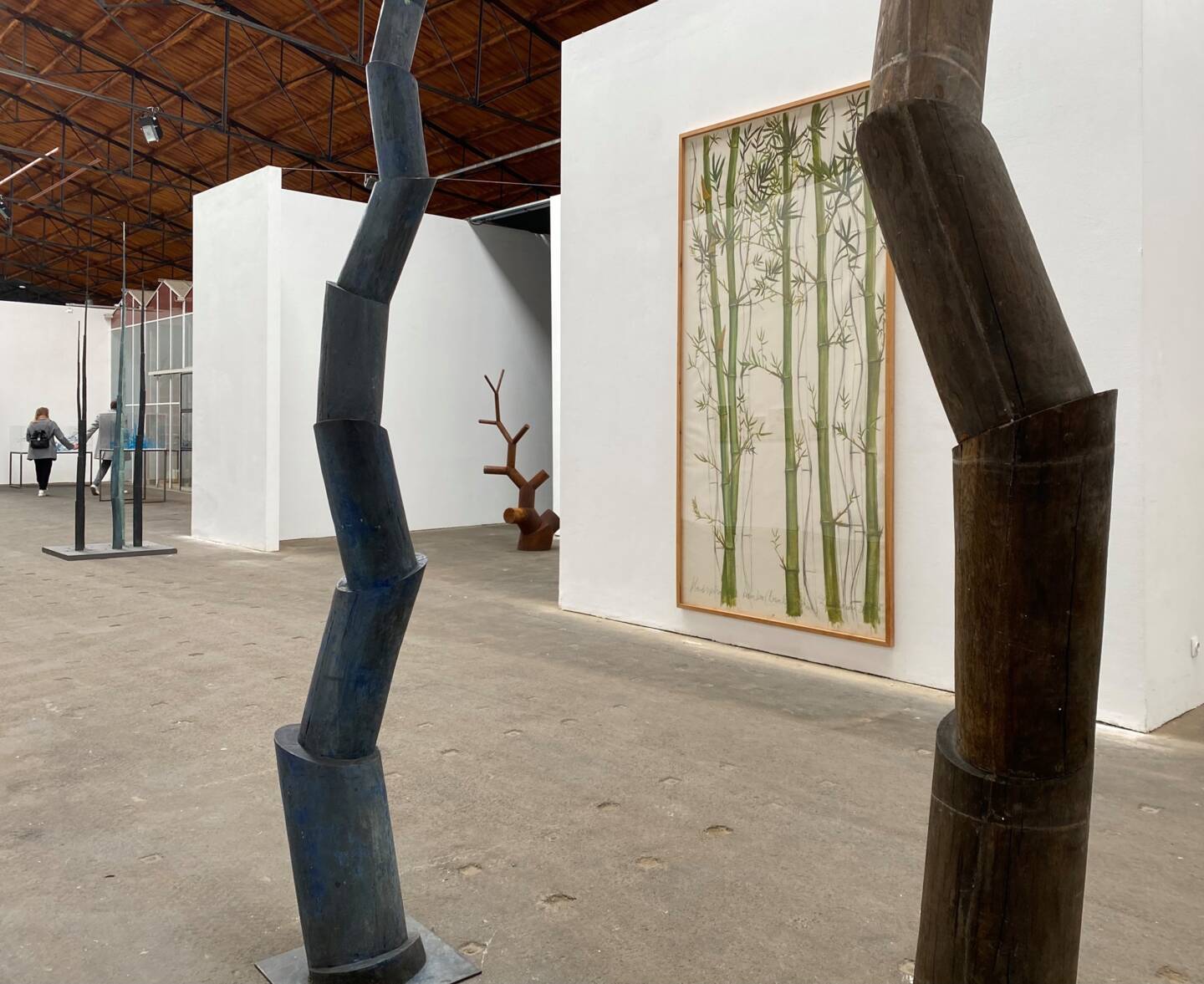 Verbeke Foundation presents a retrospective on the artist  Sjoerd Buisman.

Sjoerd Buisman (1948, NL)  follows the phenomena of nature in his work. In his early years, he mainly used materials from nature itself, such as potatoes, plants and trees. He studied botanical growths during his travels around the world and made countless photographs and drawings to record these processes. He was actively involved in Land art. By steering the living materials in all directions, his works of art literally grew,[2] and he was able to create a series of sculptures.

In the early 1970s, he made Plastic Events in Nature, a series of multimedia works in which he recorded the growth process of plants with photo series and text.

From the early 1980s, Buisman made his Phyllotaxis sculptures. Phyllotaxis is the study of leaf positions, looking at how leaves are grouped around a stem or branch. Buisman used the spiralling leaf position of, for instance, a palm and celery. He made these sculptures in wood, bronze, steel and concrete. In 1999, he made the work Phyllotaxis Irrsee for the Mondsee Land Art[3] project in Mondsee.

In 2003, Buisman was awarded the A. Roland Holst-Penning for his entire oeuvre.