Verbeke Foundation : Peter Beyls “Coming Full Circle” and many others 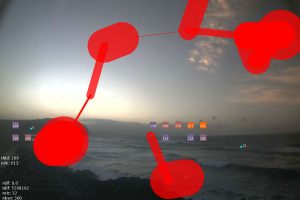 The summer exhibition on the premises of the Verbeke Foundation consists of several expositions and performances:

Peter Beyls is an artist/scientist working on the intersection of computer science and the arts. He develops generative systems in music, the visual arts and hybrid formats. In this retrospective, all aspects of his being an artist emerge. Beyls has the power to share a self-reflection on the human-machine world in which we live with his audience at various levels and through various inputs to submit them to a keen research. 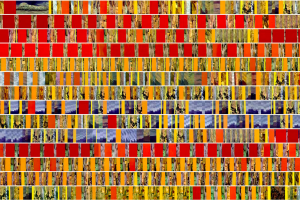 Ox is an intermedia artist and an acknowledged pioneer of music visualisation. The primary goal of Ox’s work is to create an intimate correspondence between visual and musical languages. She visualised the Ursonate of Kurt Schwitters in Four Movements. The Verbeke Foundation has the honour to show the First Movement of this monumental research project.

Stan Wannet is, like Peter Beyls, an artist and an engineer. His background of solving-investigating and storytelling-philosophical thinking, man and machine, meets in his work. Those who visit the Inflatable will step into a world where fantasy and reality meet in an expressive way that touches you as a viewer. At first there is no other possibility than react emotionally and only then in an analytical way. The question of the why of everything we are and do is irrevocably and reveals itself in several layers. 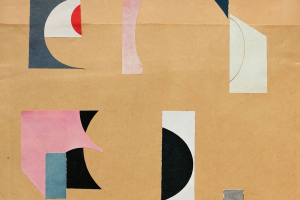