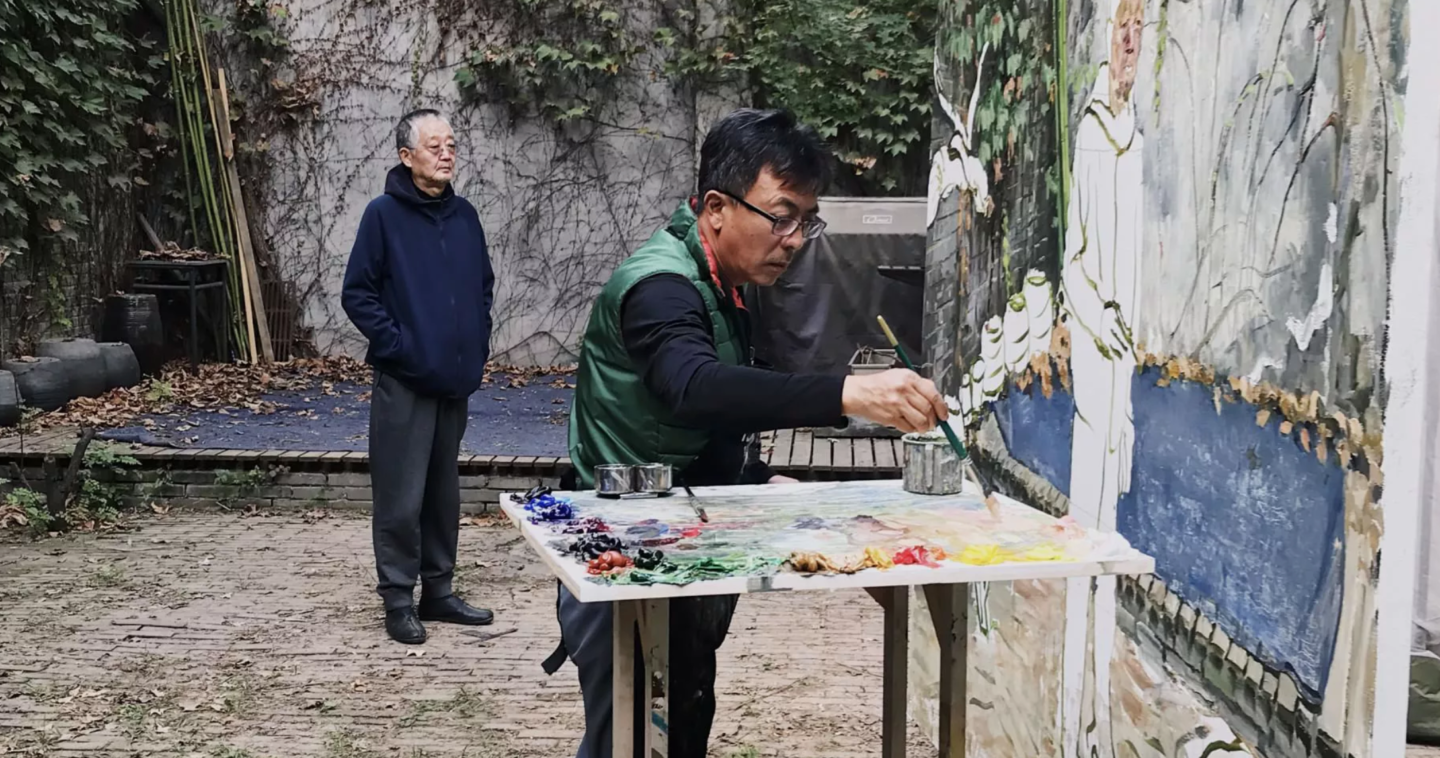 Liu Xiaodong (b. 1963, Jincheng, Liaoning province) is the contemporary heir to modern China’s realist painting tradition. Emerging in the 1990s, he began to depict what one critic called “minute but fragmentary observations of life” with snapshot clarity, turning the previously heroic tools of oil painting onto characters and subjectivities at all levels of a rapidly urbanizing and developing society. This exploration unfolded in parallel to a new documentary aesthetic in the works of “Sixth Generation” filmmakers such as Wang Xiaoshuai and Zhang Yuan, with whom he has frequently collaborated. Since the early 2000s, Liu has often worked through plein air sessions staged in globally significant, even fraught, locations, from the Three Gorges Dam (2003) to the U.S.-Mexico border (2020). For his 2010 exhibition “Hometown Boy” at UCCA Beijing, the artist trained his lens on his childhood friends from the paper mill town of Jincheng, in an extended meditation on personal transformation and social mobility.

For the first solo exhibition to be mounted at UCCA Edge, Liu turns to the people who have been closest to him, both personally and artistically: his immediate family and his dearest interlocutors. This new cycle, “Your Friends,” is exhibited in the 3/F and 4/F galleries, and complimented by preparatory materials including sketches and journals, as well as a documentary film by director Yang Bo. On 2/F, a selection of earlier works elaborates the connections between affect, circumstance, and portraiture that run throughout his work, as well as works created from the artist’s travel around the world in recent years. Bringing together new works created in the months following Liu’s return from an extended stay in New York during the early stages of the pandemic with previous works chosen for their resonance within this context, this presentation shows an artist bringing the same sensitivity and acuity to bear on his own surroundings that he has previously directed towards others. In doing so, he invites us to think about the ties that bind us to our moment and to each other.