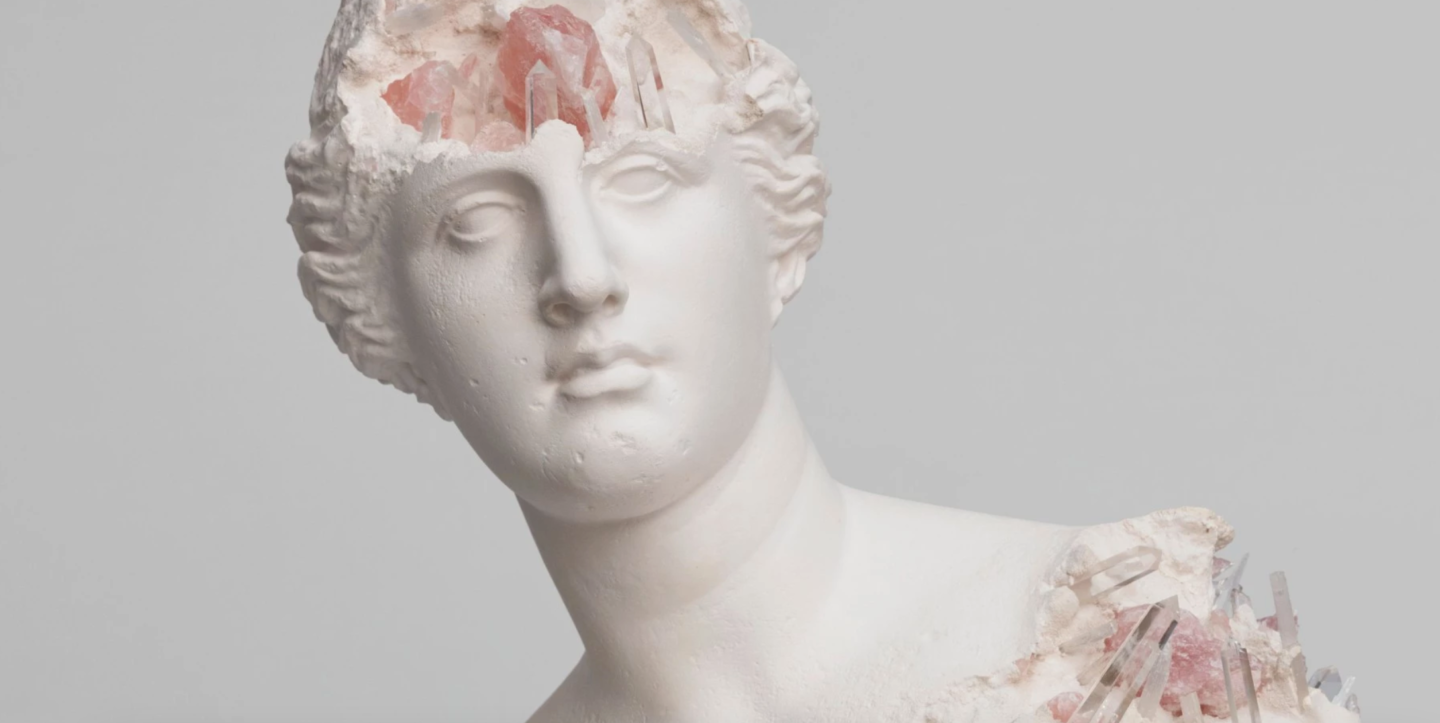 For the first-ever solo exhibition at UCCA Dune, Daniel Arsham will present a new body of work which expands upon his fascination with history and relics of the past, staged across the backdrop of the museum’s dramatic, subterranean space. Arsham has revisited iconic artworks, such as Michaelangelo’s Lorenzo de Medici, Duke of Urbino, using molds of the original sculptures to create new pieces featuring his trademark eroded-crystal style. To create these works, Arsham was granted unprecedented access to France’s Réunion des Musées Nationaux, which holds molds for sculptural masterpieces found in the collections of the Louvre and the Vatican Museums, among others. The artist’s process asks the viewer to consider the art historical tradition of unearthing, revising, and conserving works of the past, while also considering these works through the lens of a future archaeologist, rediscovering and reimagining them as relics of an unknown future.  As in much of Arsham’s work, the exhibition compresses notions of time and geography to create a surreal space of possibility within the museum. In anticipation of the exhibition at UCCA Dune, on July 10, 2020 Arsham’s sculpture Bronze Eroded Venus de Milo (2020) was unveiled as a public artwork in Aranya.

Daniel Arsham (b. 1980, Cleveland) lives and works in New York.  Arsham’s aesthetic is rooted in his concept of fictional archaeology. Working with sculpture, drawing, architecture, and film, he creates liminal situations by staging what he refers to as “future archaeology.” These works imagine a future world from which we may re-examine our present.   These haunting, yet playful visions straddle romanticism and pop art. The artist’s work has been shown in many prestigious institutions, including MoMA PS1, the New Museum in New York, and the Museum of Contemporary Art in Miami, among others.