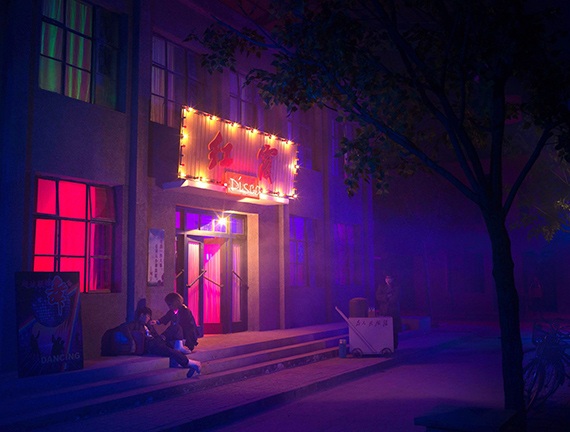 As one of China’s most prominent contemporary artists, Cao Fei uses multimedia formats—film, video, virtual reality, and installation—to surreally depict the dramatic social changes of a globalizing China and the state of the individual under such conditions. Cao Fei’s UCCA exhibition, her first major solo show in China, assembles works from different periods of her artistic career and situates her practice within the context of the country’s profound social upheavals. The exhibition features celebrated works such as Imbalance 257 (1999), San Yuan Li (2004), Cosplayers (2004), Whose Utopia (2006), RMB City (2007-2012), Haze and Fog (2013), and La Town (2014), as well as the artist’s recent piece Asia One (2018) and her latest project, HX (2019-2020), both of which will be presented in China for the first time. Throughout her practice, Cao Fei has consistently focused on the complicated social pressures emerging from the entanglement of popular culture, technological development, and urban change, fluidly shifting between documenting reality and creating fantasy in her art. In recent years, she has undertaken long-term historical and interdisciplinary research to make work that questions the role of the individual within historical transformation, reimagining approaches towards individuality, society, history, and temporality.

Cao Fei (b. 1978, Guangzhou, lives and works in Beijing) blends social commentary, pop culture aesthetics, references to Surrealism, and documentary filmmaking conventions in her works, which consider the rapid and chaotic changes of contemporary Chinese society. Her work has been exhibited in many major international exhibitions, including the Shanghai Biennale, Moscow Biennale, Taipei Biennial, 15th & 17th Biennale of Sydney, Istanbul Biennial, Yokohama Triennale, and 50th, 52nd, and 56th Venice Biennales. She has exhibited her works and projects at museums such as the Serpentine Gallery, London; Tate Modern, London; New Museum, New York; Solomon R. Guggenheim Museum, New York; Museum of Modern Art, New York; Palais de Tokyo, Paris; and more. She has held solo exhibitions at Centre Pompidou, Paris, and MoMA PS1, New York, and in 2020, she will be the subject of a solo exhibition at the Serpentine Gallery. Cao Fei was nominated for the Hugo Boss Asia Art Award in 2010. She has received both the Best Young Artist Award (2006) and the Best Artist Award (2016) from the Chinese Contemporary Art Awards.