At diverse foundations around the world, we can see a large variety of art: from classical painting (Soutine/De Kooning) at the Barnes Foundation (USA); to Theaster Gates’ wide, artistic range in China at Foundation Prada Rong Zhai; to Helga de Alvear‘s stunning art collection; to the artist, Oscar Lourens’ take on collections as a subject in the Netherlands at Kasteel Wijlre Estate; ENDING with the body artist Timm Ulrichs at Sammlung Philara in Germany. 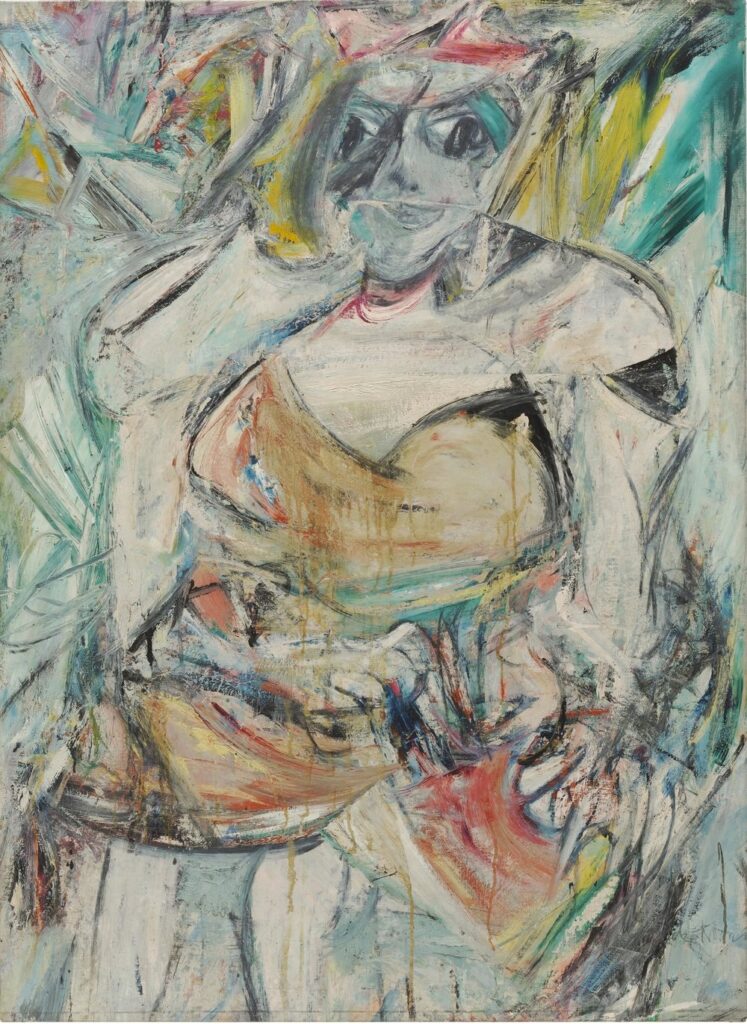 In its world premiere and only US showing, this groundbreaking exhibition at the Barnes Foundation in Philadelphia explores the affinities between the work of Chaïm Soutine (1893–1943) and Willem de Kooning (1904–1997).“Soutine / de Kooning: Conversations in Paint” organized by the Barnes and the Musées d’Orsay et de l’Orangerie, Paris, is presenting nearly 45 works by these titans of 20th-century art. The exhibition considers how Soutine’s paintings, with their built-up surfaces and energetic brushwork, served the art of de Kooning, shaping his groundbreaking figurative/abstract works in the late 1940s and beyond.
Image: Willem de Kooning. Woman II (detail), 1952. The Museum of Modern Art, New York. Gift of Blanchette Hooker Rockefeller, 1955. Artwork © 2021 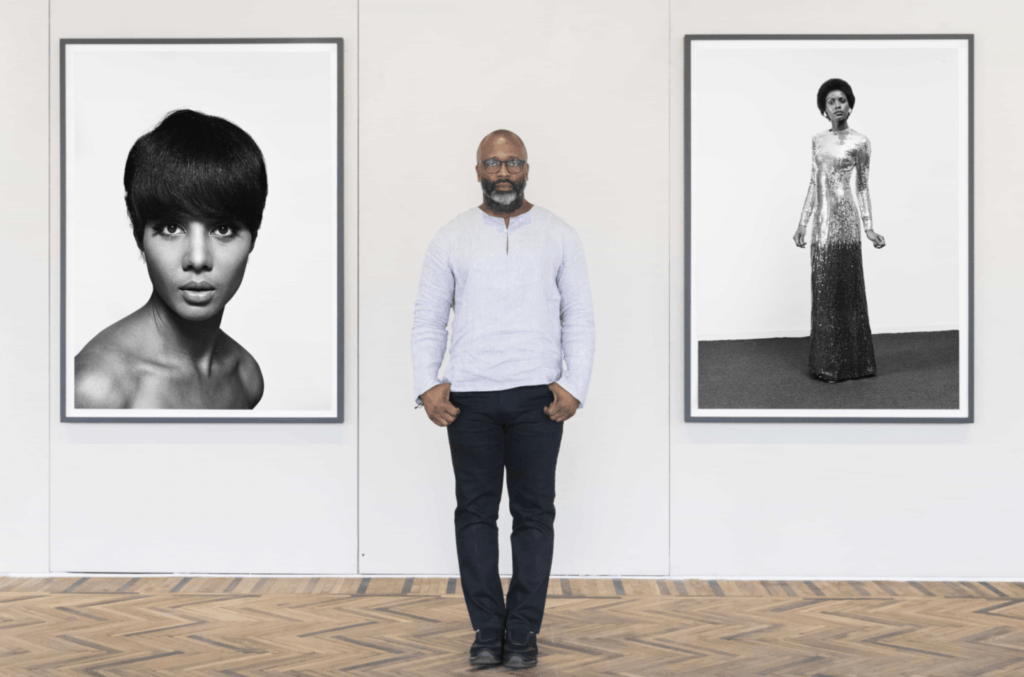 Invited to re-imagine the spaces of Prada Rong Zhai in Shanghai in an unprecedented way, Theaster Gates shows his ceramics body of work and reveals the link that exists between this activity as a ceramist and those as a visual artist, a performer, a professor, a urban planner and a community activist. For “China Cabinet”, an exhibition presented by Prada in collaboration with Fondazione Prada until May 23rd 2021, Gates conceived a three-chapter story that unfolds in the rooms on the building’s first floor. Over the course of this narrative, the setting changes and the artist’s role evolves from guest to ghost to host. From being the object of an exhibition that examines the roots of his creative process, he becomes a subject who reveals the economic potential and the production context of his work. He then assumes the role of a possible new host of Prada Rong Zhai. 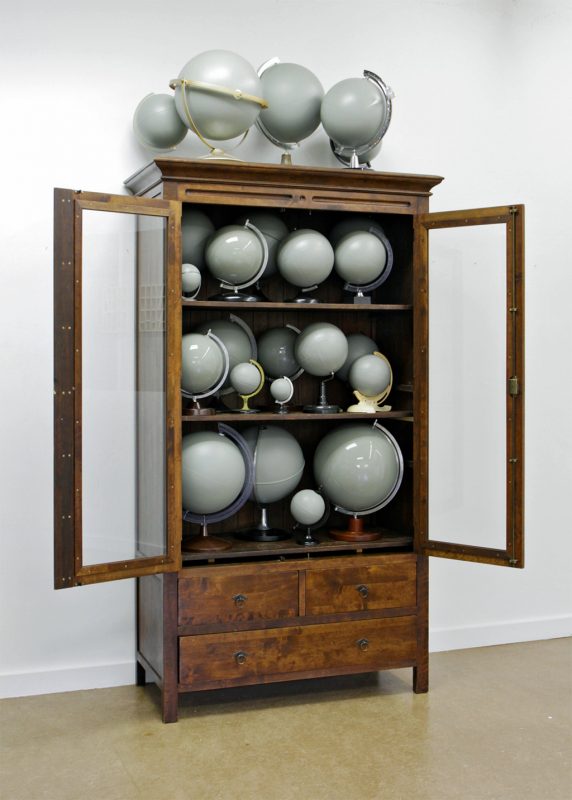 GREY MATTERS‘ is the title of Oscar Lourens’ (1943) exhibition this summer at Kasteel Wijlre Estate in the south of the Netherlands, showing Lourens’s fascination for collections which focus on scale, form, color, and space. In his pursuit of intriguing forms, Lourens has also amassed an impressive collection of globes. As well as their shape, he is intrigued by the reflections of glass globes. The presentation’s economy of means derives from stripping the items of their function to become pure object. This work, which is shown for the first time, also maintains an apparent reference to the display of natural history collections. This reference is present in other works in this exhibition as well.
Image: Oscar Lourens No title (2015-2016). Collection Museum Voorlinden, Wassenaar
Read more… 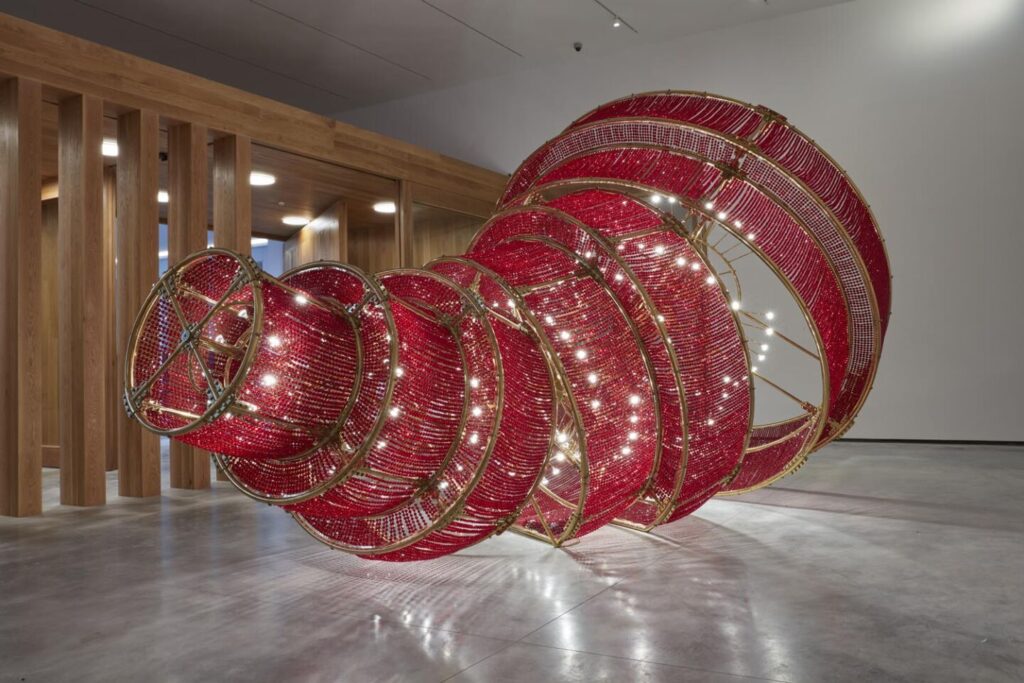 The opening exhibition in the new building of the Fundación Helga de Alvaer in Cácares reveals the character of the  amazingHelga de Alvear Collection, offering a vision of a part of contemporary artistic creation (over 60% of the shown works are made between 2011-2020) through which to decipher the idiosyncrasy of our time.
Over a 100 Artists from 26 different nations, with a large presence of Spanish (nearly one third), American and European creators, and also powerful examples from other parts of the globe – from Vietnam, Venezuela, South Africa or South Korea, to Hungary, Brazil, Switzerland – generate new constellations in the ever-changing cosmos of contemporary art.
Image: Ai Weiwei, Descending Light, 2007 | Foto-Photo. Joaquín Cortés
Read more… 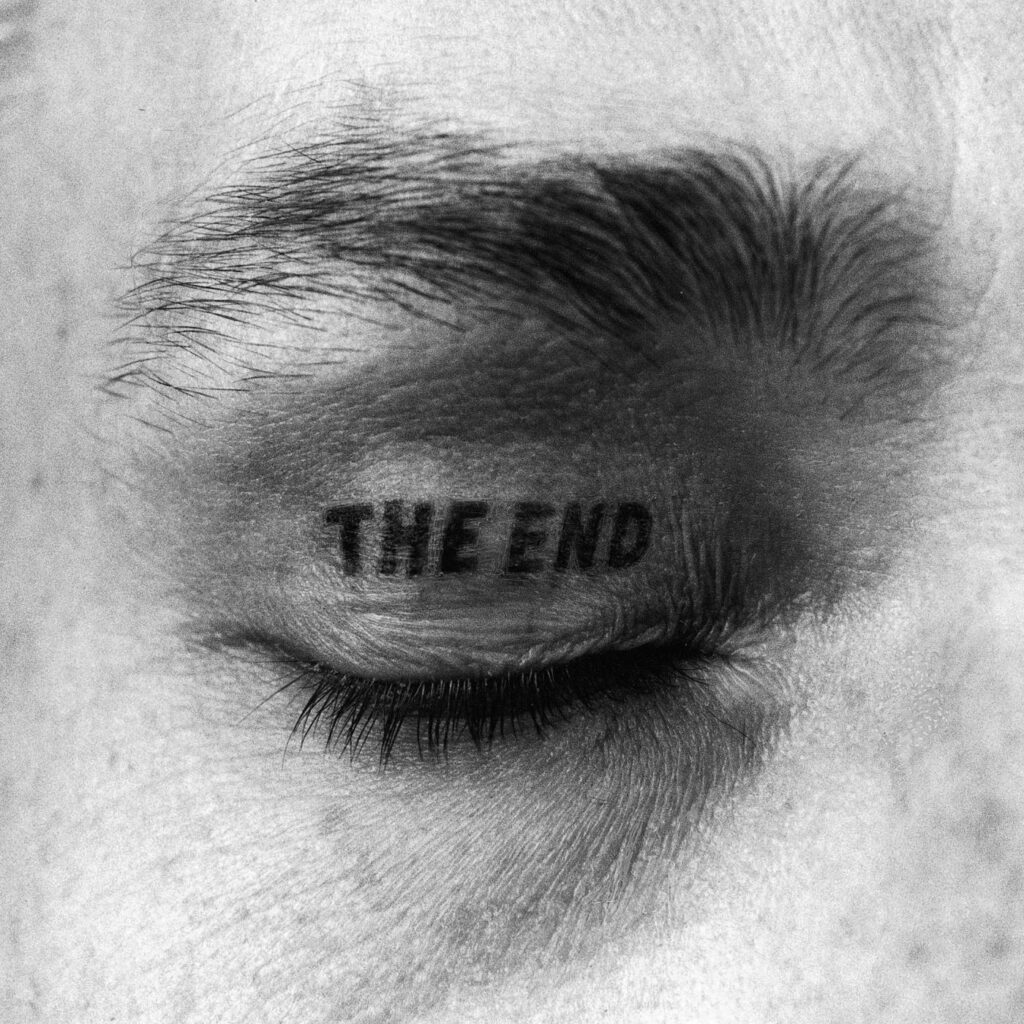 Just opened in Dusseldorf at the Sammlung Philara is the exhibition “PREGAME – ENDGAME” by Timm Ulrichs (Berlin, 1940), an autodidact, a language fetishist, a reader and a humorous provocateur. In his genre-crossing conceptual realizations, he repeatedly makes himself and his human constitution available as material and postulates the compatibility of art and life. Based on the logic of life, he figures his own death as an artistic pole. This is not narcissistic, but extremely consistent; it is also about directing his own life. A legendary gesture of this, which Ulrich conceived in the late 1970s and carried out on May 16, 1981, is when he had the words “THE END” tattooed on his right eyelid.
Image: Timm Ulrichs – The End (Tattoo on eyelid), 1981. Courtesy of the artist, VG Bild-Kunst and Philara Collection, Düsseldorf

Make sure you also view our new shop, where you can purchase our member’s publications, exhibition catalogues and small editions.