Timken Museum: Metonymies: A Dialogue with Twentieth-Century Works from the Sonnabend Collection 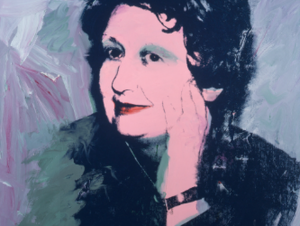 Ileana Sonnabend (1914-2007) was a gallerist and connoisseur of twentieth-century art.  Through her legendary galleries in Paris and New York, Sonnabend helped establish the global reputations of many young artists: Andy Warhol, Jasper Johns, Robert Rauschenberg, Roy Lichtenstein, and Jeffrey Koons, to name only a few. Like the Timken’s founders, the Putnam sisters, Sonnabend brought a remarkably independent perspective to her personal collecting practice. Upon her death, she left an invaluable trove of modern masterworks to a foundation that bears her name, as well as to her family.  Metonymies—from the Greek word for substitution—exchanges well-known works from the Timken’s permanent collection with unique objects from the Sonnabend Foundation Collection and Antonio Homen. This exhibition represents the first time that these works from the Sonnabend Collection are being shown publicly in San Diego.