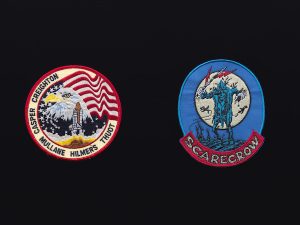 Opening on Thursday, July 11th, The Watchers is loosely organized as a narrative about surveillance, presenting examples of stalking, sousveillance, fortified borders, facial recognition technology, as well as proposals for World Trade Center Memorials in cities across the world. Artworks featured in the exhibition that cite oppressive uses of tracking devices are juxtaposed with artistic manipulations of surveillance that model political agency and resistance. The exhibition sets the stage for dialogue examining the relationship between the technologies used to produce surveillance and the construction of news media.

The Watchers reveal gaps and blind spots where our individual and collective senses of privacy have been disrupted, pointing to instances when knowledge that ought to be publicly accessible has been obscured. It is the second installment in a two-year series of exhibitions titled Revolutionary Cycles. Each of the six installments is organized thematically, to consider how labor, gender, the media, surveillance, and family shape our collective experience in the current political climate.

The exhibition is curated by Sara Reisman, Executive and Artistic Director of the Shelley & Donald Rubin Foundation.