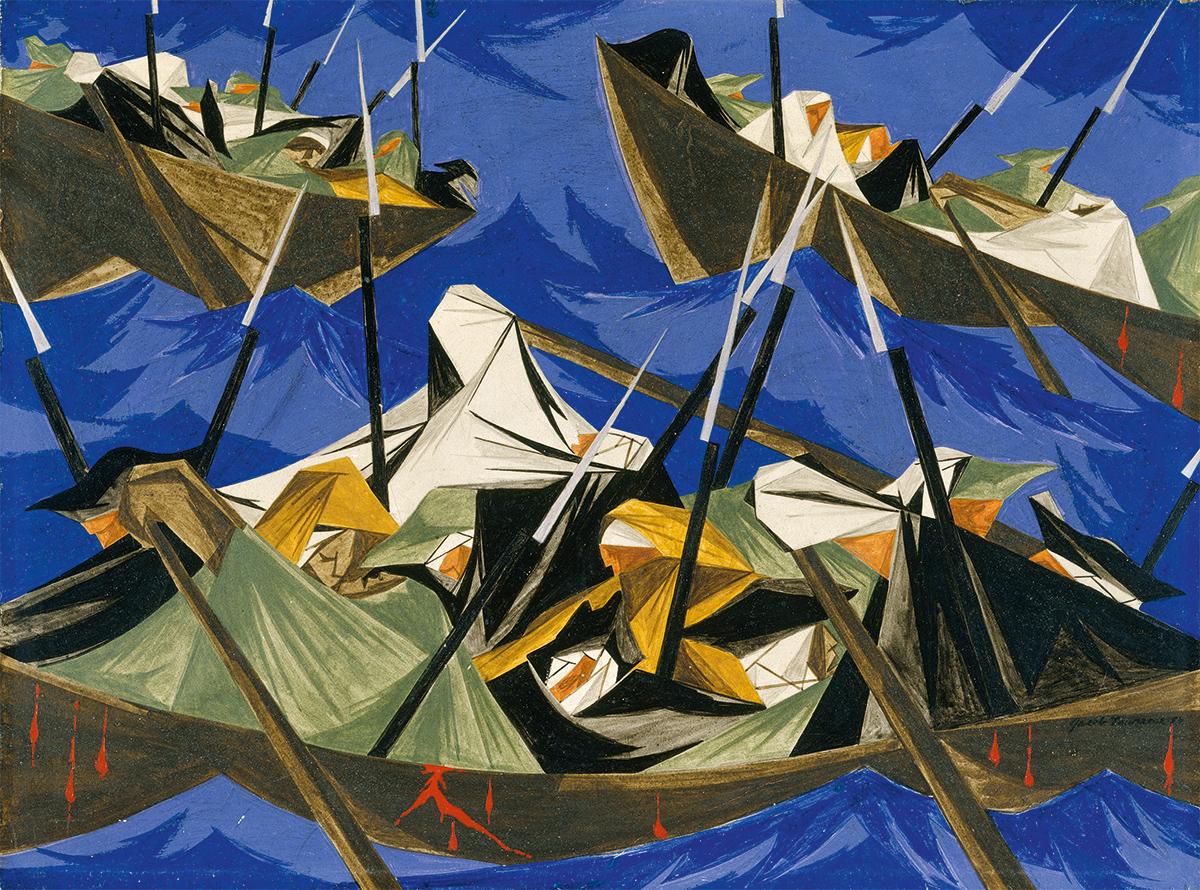 Jacob Lawrence was one of the greatest narrative artists of the 20th century. His revolutionary, yet little-known, 30-panel series Struggle…From the History of the American People, painted between 1954 and 1956, invited a new way of chronicling erased histories about America’s founding. The paintings depict signal moments in the American Revolution and the early decades of the republic and feature the words and actions of founding fathers, enslaved people, women, and Native Americans. For the ﬁrst time since 1958, the series is reunited, along with two new panels discovered in 2020 and 2021, presenting a new opportunity to address these panels not simply as history painting, but as new portals of perception and time.

Senior Curator Elsa Smithgall is The Phillips Collection’s coordinating curator for this exhibition.

This project is supported in part by the National Endowment for the Arts.