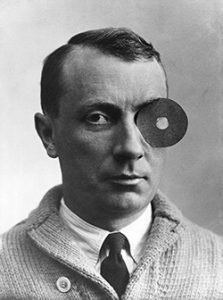 The Nature of Arp, curated by Catherine Craft and organized by the Nasher Sculpture Center, Dallas, first venue of the show, provides a long-overdue look at the achievements of Jean (Hans) Arp (1886-1966), one of the most important and multifaceted artists of the modern era. Arp’s experimental approach to creation, radical rethinking of traditional art forms, and collaborative proclivities resonate with the wide-ranging character of art today.

Over a career spanning more than six decades, Arp produced a remarkably influential body of work in a rich variety of materials and formats. A founder of the Dada movement and pioneer of abstraction, he developed a vocabulary of curving, organic forms that moved fluidly between abstraction and representation and became a common point of reference for several generations of artists.

The seven works by Arp in the Peggy Guggenheim Collection provide a rich starting point for this exhibition, as Arp was the first artist to enter Peggy Guggenheim’s collection with his small bronze sculpture Head and Shell (Tête et coquille) dated 1933. “The first thing I bought for collection was an Arp bronze. [Arp] took me to the foundry where it had been cast and I fell so in love with it that I asked to have it in my hands. The instant I felt it I wanted to own it”, wrote Peggy Guggenheim in her autobiography, Out of This Century(London: Andre Deutsch, 1979). She then enthusiastically added sculptures, as well as collages, reliefs and works on paper to her holdings. Likewise, Patsy Nasher purchased a bronze sculpture by Arp, Torso with Buds (1961) for her husband Raymond on his birthday, and it turned out to be—as for Peggy Guggenheim—the founding work of the famed Nasher collection of modern sculpture.