the Noguchi Museum: No Monument: In the Wake of the Japanese American Incarceration 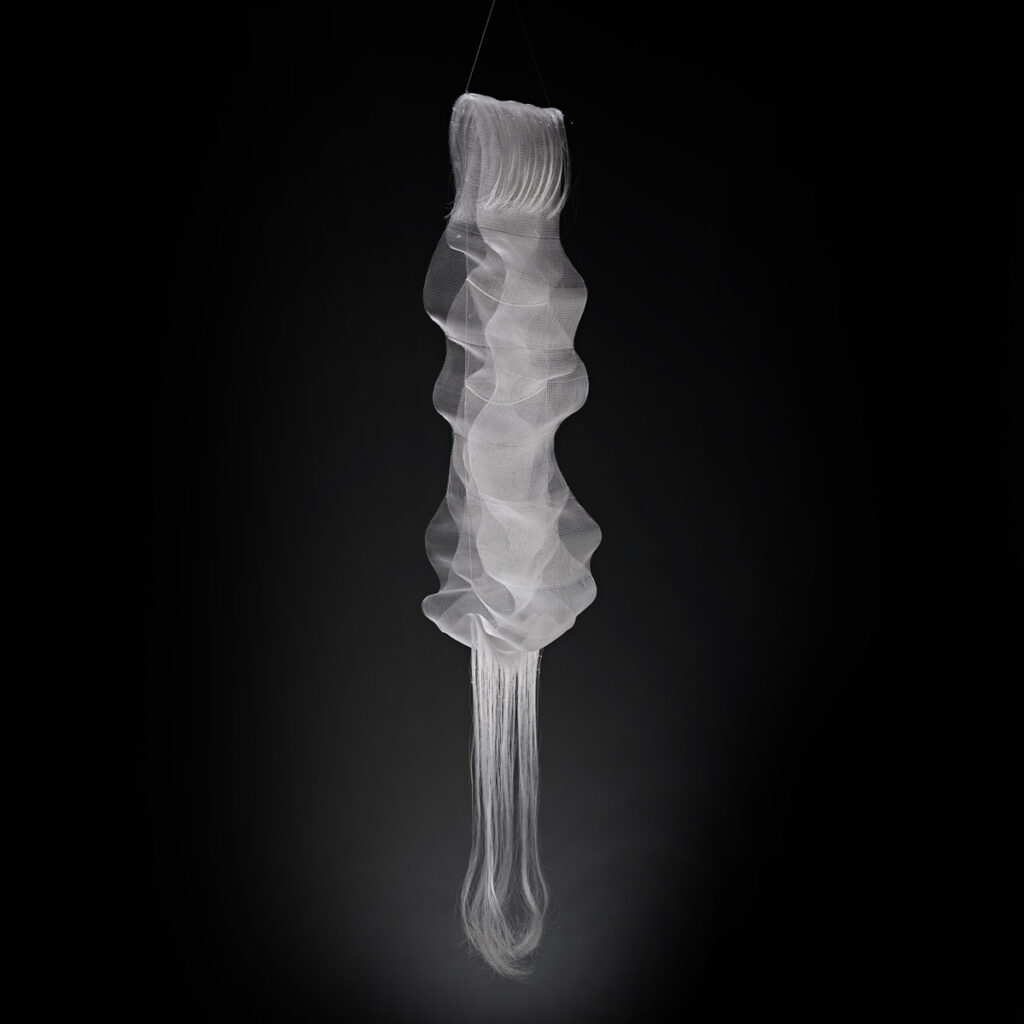 The Isamu Noguchi Foundation and Garden Museum presents No Monument: In the Wake of the Japanese American Incarceration, a focused, small-scale group exhibition guest curated by Genji Amino with Christina Hiromi Hobbs.

The exhibition is organized to mark the eightieth anniversary of Executive Order 9066 (signed on February 19, 1942) which authorized the forced removal and mass incarceration of more than 120,000 Japanese Americans by the United States government during World War II. Including a selection of works by Japanese American artists, some of whom were incarcerated and others whose lives were shaped indirectly by the widespread impact of the Executive Order, the exhibition represents an array of photographic and sculptural experiments following an event marking the height of anti-Japanese sentiment in the twentieth century.

By gathering together works such as Isamu Noguchi’s haunting wood and bone Monument to Heroes (1943), Kay Sekimachi’s ethereal hanging fiber work Ogawa II (1969), and Patrick Nagatani’s 1994 photographs of the former sites of Japanese American concentration camps in Utah and Idaho, the exhibition presents a range of approaches to abstraction developed following the era of Japanese American incarceration.

On the occasion of the 80th anniversary of the issuance of Executive Order 9066, which effectively authorized the incarceration of more than 120,000 Japanese Americans by the United States government, No Monument responds to the ambivalent status of commemoration and memorialization of historical trauma in light of the silences, refusals, studies, and dreams that persist in its wake. Recalling this period of the censure of Japanese American civil liberties and the disavowal of state violence in the name of military necessity, No Monument attends to the alternative orders of memory called for by artists who observe unrecorded histories and imagine unprecedented visions for the future. Given that sculpture and photography have historically been understood in relation to notions of monument and document, No Monument returns to these same media in order to reconsider what it means to represent and remember the legacy of the incarceration for Japanese American art across the United States.

In collaboration with the estates of several of the featured artists and the Japanese American National Museum, the exhibition takes as its point of departure the exceptional heterogeneity ofJapanese American wartime experience, gathering together works by artists living on the West Coast who were incarcerated following the Executive Order, those living in Hawaii under martial law after Pearl Harbor, and those on the East Coast who protested the incarceration while living under threat but not confinement. The exhibition presents works that have been celebrated alongside those that have been overlooked, those of the professionally trained alongside those of the self-taught, and those elevated as fine art alongside those historically relegated to craft or design.

Rather than considering the historical record of the incarceration as a documentary resource for the monumentalization of a racialized figure—a testament to suffering and resilience in the face of dispossession, exclusion, and containment1—No Monument organizes a vital archive of artistic experiment that embraces an unorthodox abstraction, imagining modes of address that elude memorialization. In the place of a romance of resistance or the pathos of sacrifice, the exhibition offers a reflection on what it means to remember an event rendered unnamable by official narratives and unspeakable by collective trauma. If at midcentury the notion of the monument offered a paradigm through which to reckon with the prospect of the “end of man”2 threatened by nuclear apocalypse, the secondary effects of this monumental figuration had implications for Japanese Americans living out the containment and surveillance that sustained imaginaries of military detente and “total war.” Exploring unrecognized affinities among artists working in this period, No Monument looks to Japanese American artists who took up alternative vocabularies for remembrance and speculation in the face of an experience of modernity not as impending threat but as an ongoing state of emergency.

Those rendered out of sight and out of time by the incarceration, forbidden by law to reproduce the space of the camps through photography, turned to other means of marking time3 in order to redress the censure of the critique of state-sanctioned violence and dispossession at the level of the means of representation. With their foreseeable futures foreclosed by displacement and the trauma of their immediate past made inaccessible by national consensus, Japanese Americans addressed their works to an uninhabitable present in order to make it livable. These practices of survival were so bound up with the time and space of the incarceration that they were often abandoned in the transition to resettlement following the war, leaving little behind for the historical record. The small number of photographs by Japanese Americans who found ways to defy the camera ban speaks similarly to an urgent recording of an unreliable present, providing an antidote to the romantic monumentalization of Japanese American sacrifice in the widely circulated camp photographs of Ansel Adams.

Japanese Americans living outside the militarized zones established by the Executive Order, even if they avoided confinement, could not avoid their implication in this era of anti-Japanese sentiment and the peculiar temporalities it implied for aesthetic and political action and redress. The alternatives to monumentalism featured in this exhibition, produced both by those who were incarcerated and those whose lives were shaped indirectly by the widespread impact of the Executive Order, speak to the legacies of these histories through their embrace of materials, orders of scale, and compositional strategies that evoke questions of contingency, mutability, and transparency. These inquiries into the parameters of the visible and the limits of representational capture, undertaken by artists negotiating the proscription of their legal, social and civic recognition, shed light on the latent memory and speculative potential conveyed by the art produced in the wake of the incarceration.