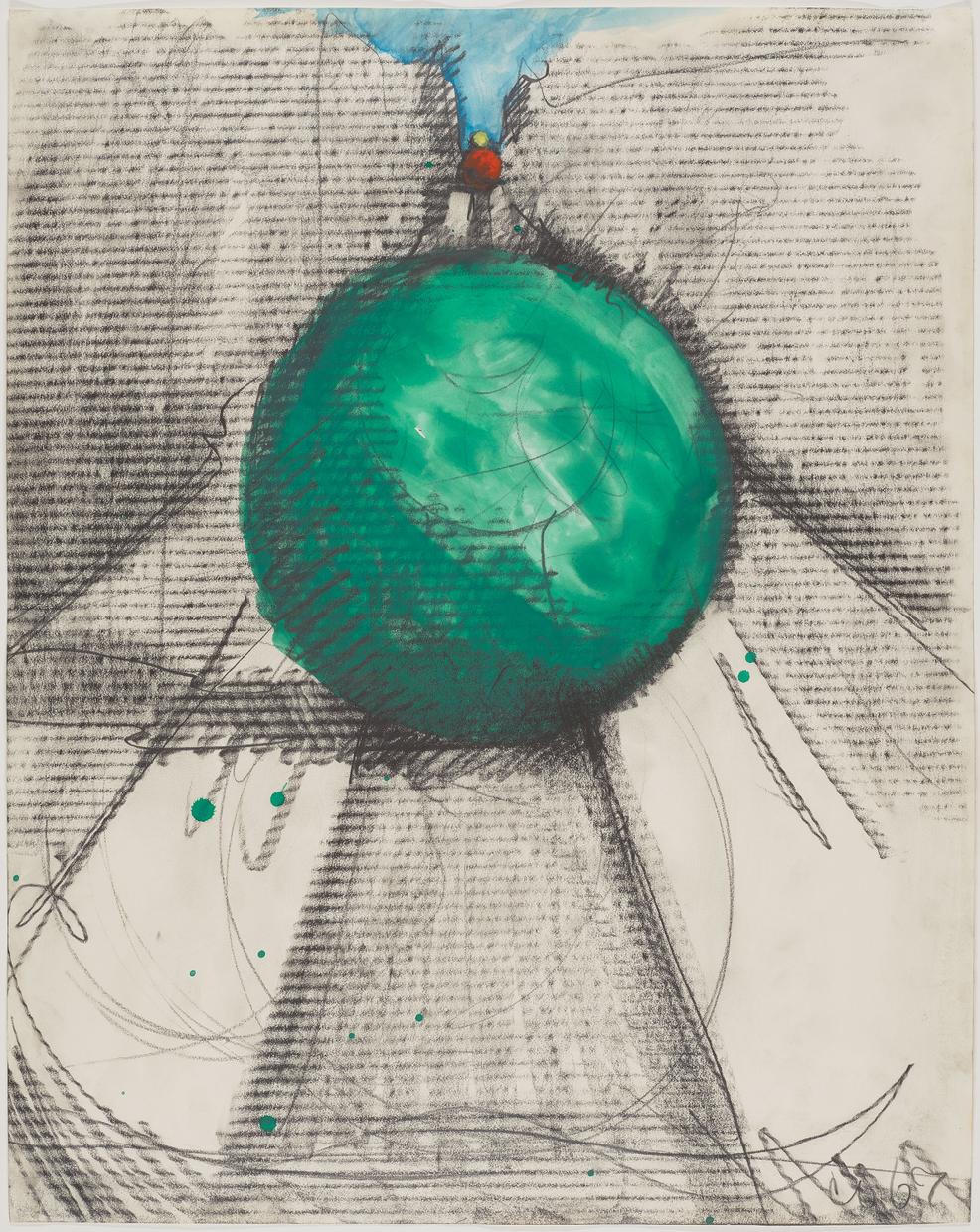 Dream Monuments: Drawing in the 1960s and 1970s presents drawings that challenge the conventional idea of the monument as a permanent, grand, or commemorative form. The provisional character of drawing helped artists envision forms in improbable scales and for impossible conditions, radically transforming the monument to have a new set of sensibilities. Scaled to the size of the page but enormous in ambition, these works rethink history while rendering environments at turns as absurd, surreal, and subjective.

The show takes its inspiration from the unrealized exhibition “Dream Monuments,” planned by Dominique and John de Menil. Letters, interviews, and notes indicate the potential directions the couple considered when developing their theme. With this unfinished project as a point of departure, Dream Monuments: Drawing in the 1960s and 1970s is organized into thematic sections that trace the ways in which artists developed studies, proposals, and drawings conceived for the page alone. The exhibition marks the first time that a selection of drawings submitted for the original “Dream Monuments” project have been displayed together. The works constitute the foundation for a broader view of how artists grappled with the concept of monumentality during the 1960s and 1970s. Here, the original drawings are placed in dialogue with those by contemporaries who also sought new approaches to representing monumentality in drawn form.