The David Ireland House 500 Capp Street: Zakkubalan “Below the lighthouse is the darkest part of night” 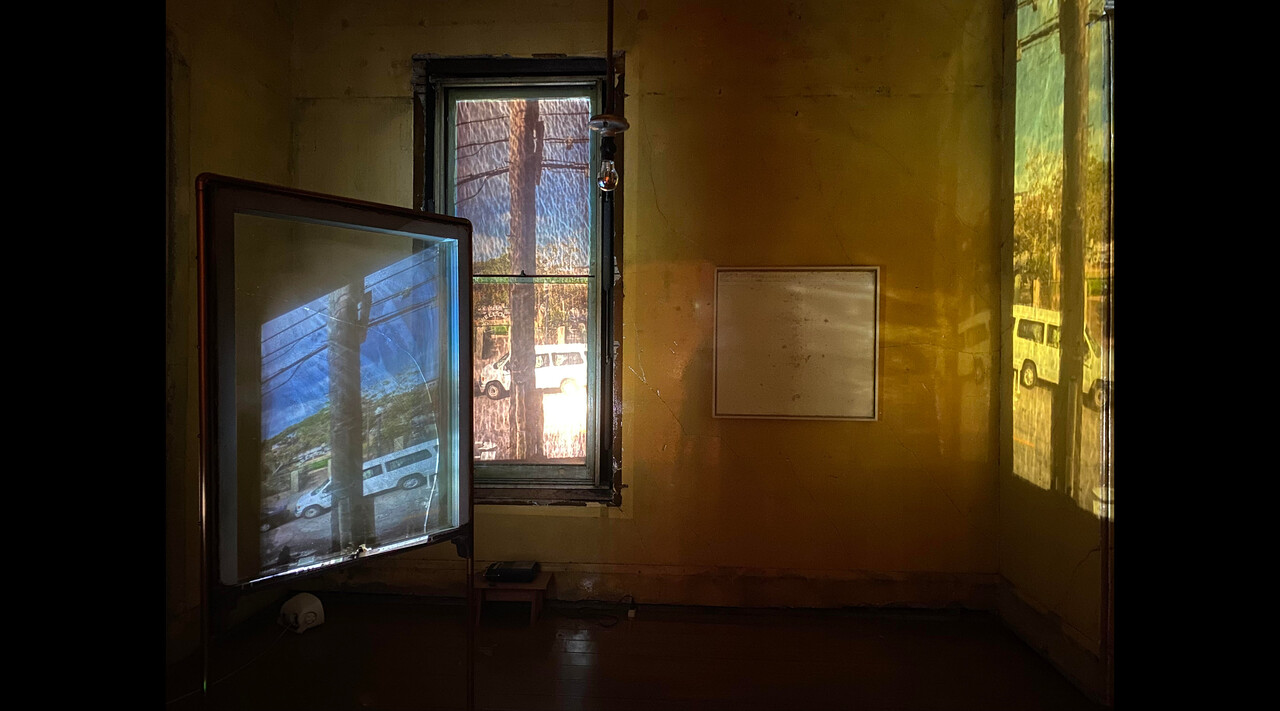 Working in the intersection of film and photography, Tokyo and New York–based artist duo Zakkubalan, Neo S. Sora and Albert Tholen, present a multimedia exhibition of new and older work at The David Ireland House at 500 Capp Street this fall. Below the lighthouse is the darkest part of night is Zakkubalan’s first solo exhibition in the US.

The pair has been living in the House throughout the month of October, an unusually immersive occupancy that is a first for The David Ireland House. As they have settled in, they have been keenly aware of the unique sounds, airflow, and shifting light patterns within conceptual artist David Ireland’s historic home turned work of art. These experiences, coupled with their interest in Ireland’s long held fantasy that the House had been built by a sea captain, inform the four new installation works they are creating for the exhibition.

“Inspired by the way light plays and shifts in David Ireland’s radiant house, our work will explore the simple sensory experience of our month-long stay here,” says Zakkubalan. “Similar to how Ireland collected rubber bands, nail clippings, and brooms, we are accumulating light, sound, and routine—details that usually sit at the edge of our perception. By recomposing and heightening these elements, we are creating an audiovisual collage that inverts the usual balance of everyday experience.”

A video piece in the Accordion Room references Ireland’s cherished sea captain myth, that was, in part, inspired by the curious curved walls of the House. The work merges seascape imagery with footage of light patterns on the House’s walls and is projected onto a ghost-like, floating curve of translucent fabric.

A small video piece in the parlor serves as a record of Zakkubalan’s month in the House and reflects on Ireland’s interest in performative everyday actions. A play on light and dark, the work is inspired by the artists’ first nights in the House as they went through a prolonged routine of trying to understand how to turn the profusion of light fixtures on and off.

In what the artists call a “handshake” with Ireland, Zakkubalan’s fourth installation builds on Ireland’s copper window and his recording of the view outside of it with a sculptural projection that reinstates the view using the original broken window that was replaced.

In addition to the new work created in dialogue with the House, Zakkubalan exhibits their 2017 collaboration with renowned composer Ryuichi Sakamoto entitled async – volume –, a 24-channel video installation that conjures an oblique, behind-the-scenes portrait of the composer and his creative process. Natural field audio captured in Sakamoto’s New York studio entwines with music from his 2017 solo album async to create an ever-shifting ambient soundscape. Twenty four small screens, each playing a looping video, are arranged in a darkened room like a photographic montage and create a womblike window into Sakamoto’s audiovisual environment. The piece collapses into a murky, abstracted space-time, allowing viewers to enter the composer’s subjectivity, where his everyday surroundings become indistinct from the music that they inspire. Below the lighthouse is the darkest part of night marks the first U.S. showing of async – volume –, which was on view as part of the Singapore Biennale 2019 and has been exhibited in South Korea, China and Japan.

The exhibition also features a small past work entitled Paralogoscope (2019) that the artists are tucking away, “like an Easter egg,” into a remote corner of the House as a playful surprise for those who chance on it.

About Zakkubalan
Zakkubalan (est. 2016) is Tokyo and New York–based artist duo Neo Sora and Albert Tholen working in the intersection of film and photography. The pair graduated from Wesleyan University, and Tholen is a 2017 alumnus of Sony Picture Classics’ IFP Marcie Bloom Fellowship in Film. They have exhibited installation and video work at the 2019 Singapore Biennale, 2019 Dojima River Biennale, Watari-um Museum of Contemporary Art, and the 2017 Reborn-Art Festival, among others. Zakkubalan’s latest fiction short film The Chicken (2020), directed by Sora and produced by Tholen, premiered at the 2020 Locarno Film Festival and has gone on to play festivals around the world, including the New York Film Festival and the Hong Kong International Film Festival.  It was written up in Variety and Cahiers Du Cinema, and Filmmaker Magazine named Sora one of the 25 New Faces of Independent Film.