The Brant Foundation Art Study Center: Julian Schnabel “Self Portraits of Others” 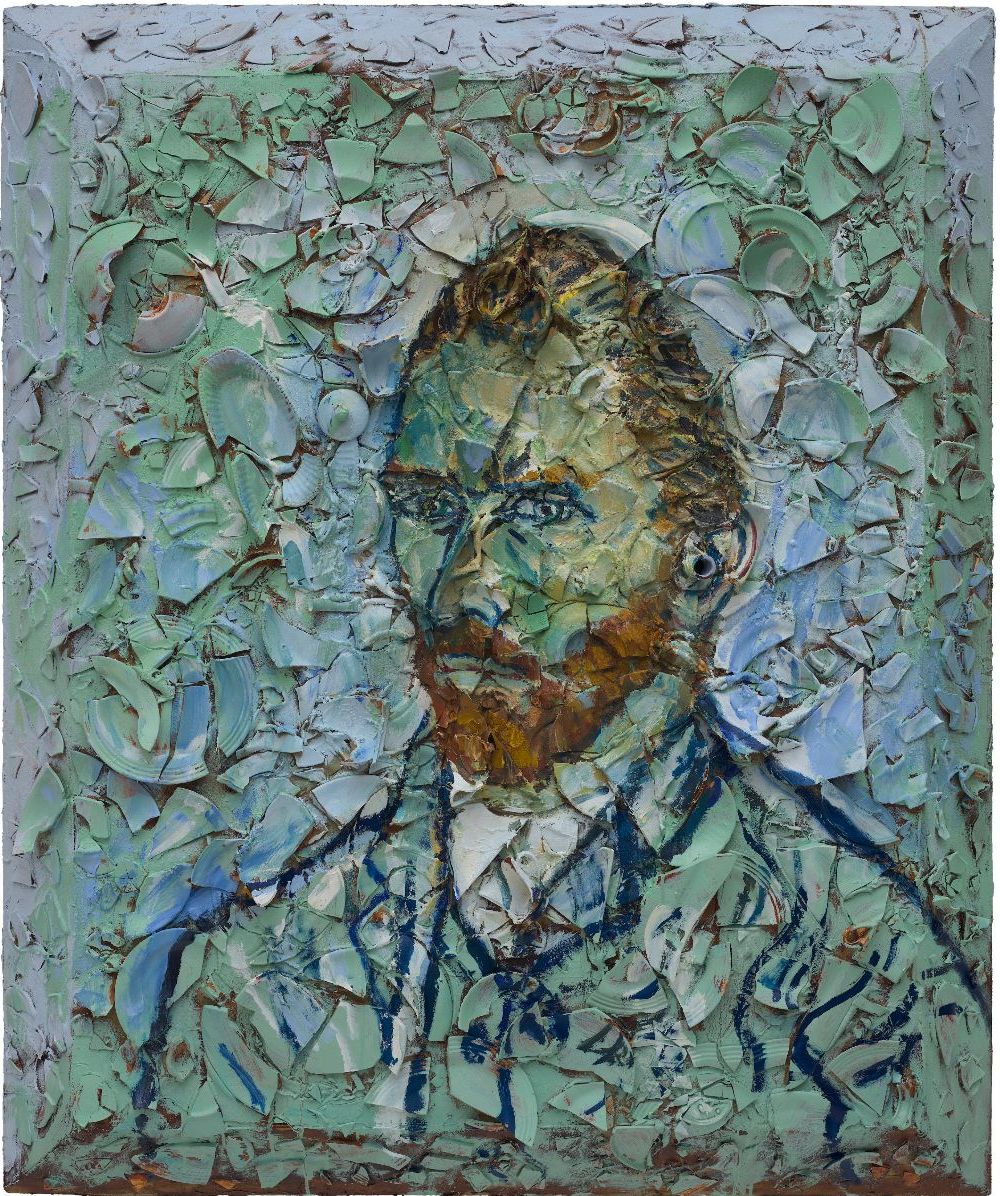 The Brant Foundation is pleased to present Self Portraits of Others, a solo exhibition of new works by Julian Schnabel. Created between 2018 – 2020, this series explores the evolution of Schnabel’s artistic practice while making At Eternity’s Gate, a film about the life of Vincent van Gogh. Highlighting the artist’s iconic plate painting technique, the exhibition features twenty-five works that examine the theme of portraiture throughout art history.

Julian Schnabel: Self Portraits of Others is the third exhibition to be held at The Brant Foundation’s New York location.

Whenever asked do my films influence my paintings, I’ve always replied no my paintings have always influenced my films until I made At Eternity’s Gate about Vincent van Gogh. The film demanded that I paint van Gogh paintings as props and that I paint a likeness of Willem Dafoe as Vincent since he was inhabiting Vincent in the film and the paintings needed to look like the actor. In diving into Vincent’s life and work, I realized that Vincent made paintings of his own paintings. There is more than one painting of 15 sunflowers that happened to be in the same position and in different colors. I have always thought anything could be a model for a painting: someone else’s painting, your own painting, a smudge of dirt. In observing Van Gogh’s practice of making different versions of his own paintings, I thought I would be in concert with him if I turned the props I had made of Willem for the film into a real painting of mine. Once I embarked on that, I realized I needed to make not one painting of Willem as Vincent, but three and then I needed in turn to make three of Vincent as Vincent. So, I made not only a painting of my painting but had to make a painting of Vincent’s painting too! Thus, it began … three of Vincent with a bandaged ear, three of Vincent from the “mon ami Paul” painting, three of Vincent from the Musee d’ Orsay painting, then three of Willem as the Musee d’Orsay painting, and so on until I painted three Frida Kahlo paintings.

In the summer of 1968, I drove through Mexico. I was 16 and in the Museo del Palacio de Bellas Artes I came upon a life-size double portrait of a painter named Frida Kahlo. I’d never seen her work before; I’d never heard of her and I’d never seen anything like it. She was an unsung hero. Since then she became very famous but that intimate moment of the two visible hearts of the same woman, one in a white wedding dress with spots of red blood from the open artery of the other, and the little amulet of Diego Rivera, stayed with me. I never imagined I would make a painting of that. I separated them and reconnected them as two paintings and made one other painting of a younger Frida.

Caravaggio painted his self portrait as Goliath, his cutoff head being held by the young David. I painted 3 Caravaggio paintings: two where the actor Oscar Isaac posed because I wanted to paint Caravaggio from life. You will only see David’s arm holding Caravaggio’s head in these pictures. It is his self portrait as Goliath. Lastly, enjoying painting from life, I made 3 portraits of my son Cy as Velasquez and then as the dead Christ from Titian’s last painting at the Gallerie dell’Accademia in Venice. And that was it: 25 self portraits of others.