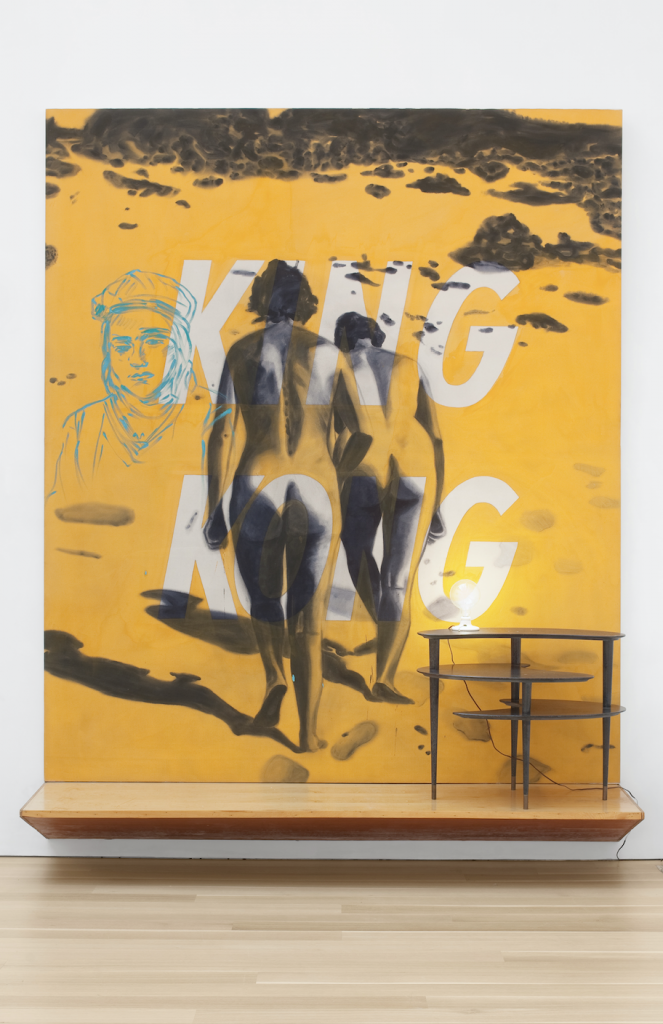 The Brant Foundation Art Study Center is pleased to present a survey of works by David Salle, opening November 16, 2021, in Greenwich, CT. Despite having numerous recent international exhibitions, this will be Salle’s first comprehensive survey in 20 years and will comprise over 40 works from the Brant Collections and loans from international private collections, foundations, and museums.

Though Salle’s work is often characterized as an exemplary post-modern visual mashup, the artist’s visual language is far from random. Salle has evolved, over 40 years, a tightly controlled visual syntax. Just as in poetry, music, or any other syntactically organized language, what matters are the myriad relationships of the parts to the whole. Salle’s work is “orchestral” in nature, and can be seen in the larger context of early and mid-20th century high modernism, specifically in the language (visual or verbal) of poets, such as the Imagism of Ezra Pound, Hart Crane, and Laura Riding, and painters Pablo Picasso, Giorgio de Chirico, and Francis Picabia – all artists who sought to capture the rhythm and complexity of contemporary life through the use of synecdoche, narrative compression, juxtaposition, and a general resistance to closure. These disparate artists, among many others, believed in the essential malleability, or plasticity, of the work of art. They wanted an art with the present-tense experience of simultaneity, one that had the spontaneity of thought. As the critic Deborah Solomon wrote, “Salle’s paintings are often structured in musical fashion, with repetition and variation between parts and the creation of imagistic cords.”1

Yet Salle’s art is no mere exercise in formalism with unmediated imagery. It is rooted in personal experiences with consumer visual language and the challenge of absorbing that language back into art. Indeed, the ‘subject’ of Salle’s paintings might be said to be presentation itself. His paintings foreground the visual mechanisms and agreements, often unconscious, by which we come to recognize an image in the first place. Salle grew up in Cold War America, and some of his first experiences with image making came as a boy when he assisted his father, a buyer and salesman at a clothing store, with the window displays as well as the layout and design for ads in the local newspaper. Salle’s father also served as a photographer during World War II, and, in the late 1950s, taught his son photographic techniques using darkroom equipment courtesy of the US Army. Salle’s father gave him the Rolleiflex camera that he used in service, and together they set up a portrait studio in the basement of their suburban home. By the age of 8, Salle was making studio portraits of his friends, using the conventions of “glamour” lighting such as it was practiced at the time. At age 9, Salle began formal art training with a local artist and teacher, a course of study that included color theory, composition, and drawing from the nude model. This early experience of the intimacy of the photographer/subject, or artist/model, relationship would become a consistent theme in Salle’s mature work.

Salle notes: “From an early age, I was involved in the language of moving rectangles around and creating an image supported by type. That was the ad page. The other thing was directing models to make some idealized or arresting image, using light and shadow to create form. And then there was window display – a large illuminated rectangle, as a kind of stage. The idea was to create something that can be glimpsed in passing that also invites prolonged looking.”

At age 17 Salle went on to study with John Baldessari at the California Institute of the Arts and became an early participant in the critical practice known as Conceptual Art. After graduation, Salle came to New York, eventually rising to prominence in the late 70s as part of the “Pictures Generation.” But unlike his cohorts, Salle’s work can also be viewed through a Surrealist lens; the nature of juxtaposition itself, the often-irrational connections between apparently unlike things, became one of his most original contributions. “My work is against literal-mindedness in all its forms,” says the artist. Salle’s work essentially trusts the viewer to participate in the construction of narrative meaning. Salle also differed from his “Pictures” peers through painting itself. With his chosen medium of painting, in all its specificity and immediacy, Salle’s work speaks to the ways in which public images are used to create private meanings. “My generation was trying to get at the deep structures underlying certain pictorial conventions, and to take that understanding to a kind of exploded image,” says Salle.

More than any other contemporary artist, Salle also brought the language of cinema to painting. Split screen, lap-dissolve, a frame within a frame, extreme close-ups alternated with wide angle views – his paintings abound with painterly equivalencies to the techniques of cinematic editing. What Salle ultimately achieved, and what this exhibition demonstrates, was to join all these disparate influences and traditions together into a flexible, expansive painterly language. It is the artist’s mastery of pictorial space, honed over 40 years, that makes his paintings so recognizable and distinctive. Though adept at art historical as well as social commentary, the uses of irony, etc., Salle’s aim has always been to create an experience transcendent in nature. As the artist has stated in numerous interviews over the years, “I wasn’t so much trying to be provocative; I thought I was making a new kind of beauty.”

The exhibition includes key paintings spanning the artist’s entire career, representing many notable series such as the “Smoking Women” series from 1979; the grisaille diptychs and triptychs of the 80s, many of which feature unusually intimate collaborations with female models; the “Tapestry Paintings” of the late 80s and early 90s; the “Ballet Paintings” (1992); the “Early Product Paintings” and “Ghost Paintings” (1994); the Pastoral Paintings of the late 1990s and early 2000s; and the later “Tapestry and Battle Paintings” (2012-2013). The exhibition will also feature a selection of seldom-seen smaller-scale paintings and works on paper, which feature a more lyrical side of the artist’s sensibility.

While much of Salle’s visual language reflects the world he grew up in during the 50s and 60s – the ubiquity of advertising images and rise of photography as a marker of meaning – his identity as a painter, with his insistence on the primacy of overall composition, as well as on improvisation and spontaneity, aligns him with art before the age of Pop. Although there has been considerable evolution and variation in Salle’s long career (few artists have so consistently pushed against the idea of a signature style), his work, with its unexpected, poetical juxtapositions continues to speak, now more than ever, to the intense pace and fragmentation, as well as the ambiguity and complexity, of the onrushing visual flow of the digital age.