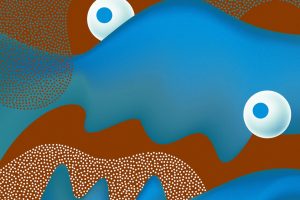 Expedition #3 of the Spheric Ocean cycle led by Chus Martínez

Podcast: Corona Under the Ocean
May 5–November 10
A newly commissioned podcast series of 10 episodes.
Live every third Tuesday.

Online Programme
Commissioned works by Ingo Niermman, Albert Serra, Roman Bayarri, and many others.
Dates to be announced.

Life for Beginners
Rilke once wrote that “there are no classes in life for beginners; right away you are always asked to deal with what is most difficult.” The most difficult task is to achieve a level of response to what is happening today, but also to be able to rely on others. It is not only about content, response, or critique, or usefulness or fear or anxiety or using the time in the best possible way. No, it is not only that. It is also about enhancing our capability of sustaining an intimate relationship with people, and with all other forms of life we should not forget now.

In order for public life to survive we need to create and exercise a real sense for communal and political meeting. We need to include nature and the ocean in this experience, otherwise, we risk monstrous consequences for all non-human forms of life. The current situation can very rapidly deteriorate and deprive us of our sense of reality to such an extent that we could forget how to relate to it together without realizing that what just happened. We must insist on sheltering or harboring artists, scientists, experts, or friends who, through the constant presence and exchange with others, are continuing to give what they have to give through their work, their words, their dreams. The term “public” signifies the world itself, as it is common to all of us, and distinguished from our privately owned places within it. Our political public life, however, needs to become identical with nature, creating a space for the general condition of organic life.

We need to become large-minded, benevolent, and generous in order to be able to continue loving and caring from within remoteness. Overcoming the anguish and loneliness arising from separateness demands something more than just uploading existing materials to be made available online. It demands poetry and dramaturgy and a sense of joy that we can only reach if we internalize and absorb what is happening so that we can stay active, think, make art, talk, have a voice, touch. This needs to be done softly, carefully, by developing a sense of attentiveness, reading the signals and inventing answers to questions that were never there before.

The third voyage we were about to embark on with TBA21–Academy needs to turn into an exercise in just that. Asking artists and others how they are doing, seeing how artistic practice is possible, reinventing an audience for them, and reassuring them that we are there, still. We are asking ourselves and others what a synthesis of methods looks like. How do the questions, the forms of pedagogy, and the scientific theories we have been discussing around the ocean apply in the current situation. The one thing we can learn from the ocean is that it is an entity—like us now—without contemporaries. We never quite saw the importance of entangling our life to the ocean, assuming that another generation will follow and may take up the task. We have been delaying. But, hopefully we will now reflect on the mutuality with nature in a complete different way.

We start by offering recordings of the last convening, Phenomenal Ocean, which took place in Venice in September 2019. It hurts to just write Venice, and yet, no day passes without thinking of its people. The series that will nourish the Ocean Archive and can also be downloaded from the website of the Art Institute in Basel serves as a preamble for a series of new commissions of film and audio works to keep supporting artists’ practices and experiences, and—through their work—new models of identification and empathy that are possible when our bodies cannot be in touch with each other, with water, with the ocean. Life is dependent on unpredictable fits of inspiration and art and artists are crucial for us all now. Because we need a plurality of approaches, languages, and ways of coping or facing the current situation, even suppressing it, as we want to avoid single visions and solutions, since we want to preserve freedom.

Without understanding that freedom is the vaccine, and the ground of future life, we will not be able to resist the dark impulses not only of capitalism, but of the greatest fatalism. We need to keep our minds in love with unreality.

About TBA21–Academy
TBA21–Academy is a cultural organisation investigating environmental injustice against the ocean through the lens of art. The Academy instigates intersectional and collaborative research, artistic production and new forms of knowledge, resulting in commissions, exhibitions and pedagogic programmes. Commissioning and producing research-led projects for nearly a decade, TBA21–Academy has grown an extensive network of ocean practitioners and experts from the fields of science, policy, law, big data and indigenous scholarship.

The Current
The Current is a three-year-long curatorial fellowship programme, a pioneering initiative that cultivates transdisciplinary practices and the exchange of ideas around bodies of water and their understanding. Its aim is to form strong connections to local networks, map the contemporary issues concerning watery worlds and weave them into an interdisciplinary conversation, embracing the spheres of science, conservation, policy and education. Each cycle of The Current is led by one or more curatorial fellows selected by the Academy, who in turn nominate artists, scientists, environmentalists, and other cultural actors to join a collective research project unfolding over three years. Since its inception in 2015, cycles of the Fellowship programme have been led by the curators Ute Meta Bauer and Chus Martínez and the artist group SUPERFLEX.