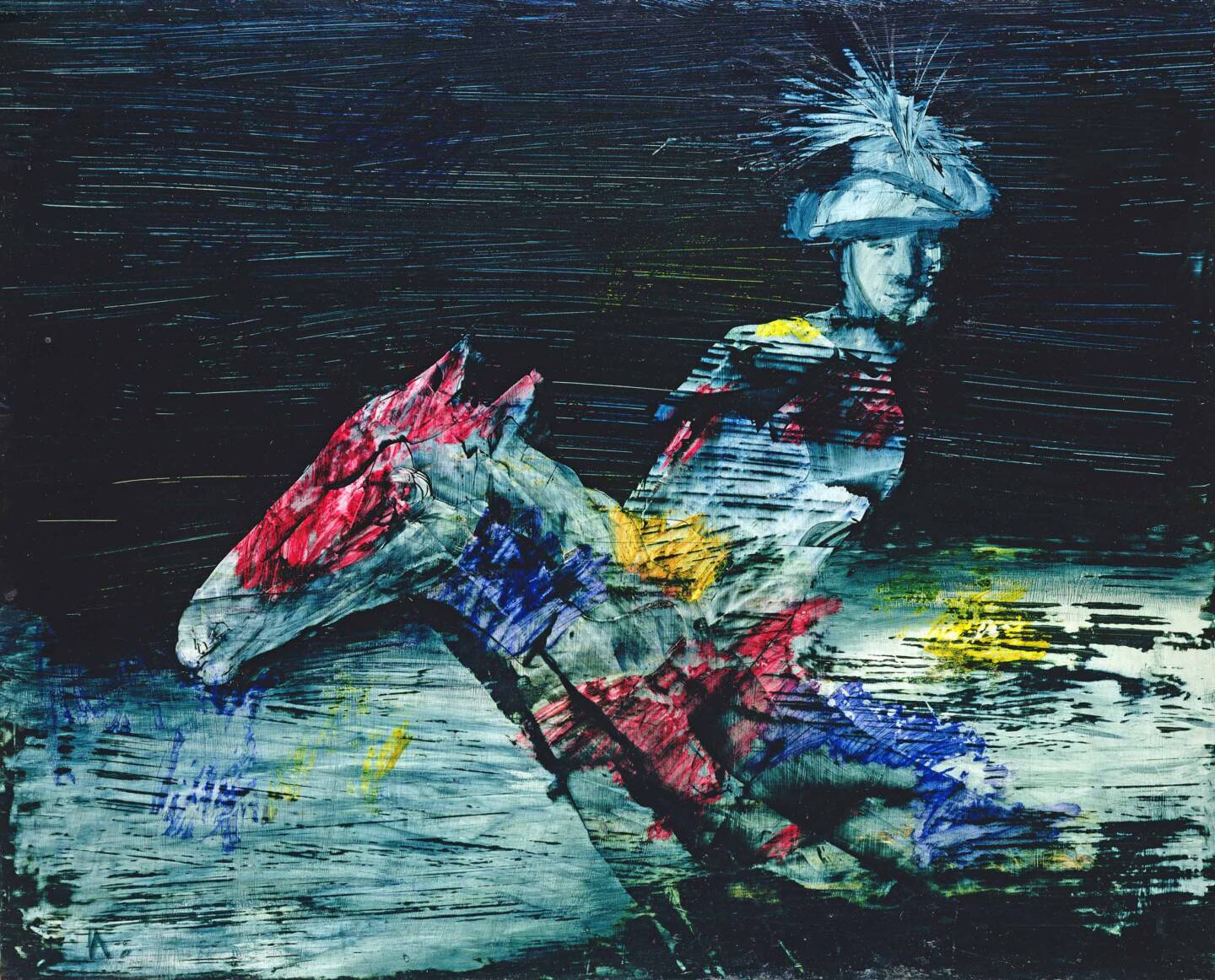 Developed by TarraWarra Museum of Art, Sidney Nolan: Myth Rider brings together more than 100 works by Sidney Nolan from the period 1955–1966, during which the artist grappled with the subject of the Trojan War, its parallels with the Gallipoli campaign, and its origins in the myth of Leda and the Swan.

Throughout these interconnected series, Nolan employs his remarkable visual and mental acuity to meld classical allusions, literary sources, historical references, and his own personal response to war and its disastrous consequences, to convey a series of powerful insights into the broader mythic dimensions of human conflict. Combining compelling subject matter and a highly inventive approach to a wide range of media, the rich array of works in this exhibition reveal Nolan’s innate understanding of and facility for mythopoesis—the making of myth—whereby past and present, ancient and modern, legend and history are conflated and vividly reimagined.

Although exhibitions of Nolan’s Gallipoli series have highlighted his references to classical sources, this will be the first exhibition to show these works in the context of the development of the artist’s vision of the tragedy of warfare from his early works on Hydra (1955–56), through his Leda and Swan series (1958–60), and culminating in his large scale statements on Greek mythology (1966).