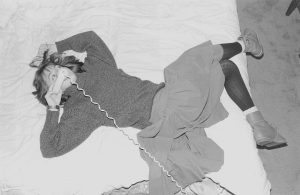 Is there light in shade? Through this exhibition, the Fondation A Stichting has chosen to pay tribute to the great American photographer Henry Wessel who died barely a year ago. From the mid 1960s Henry Wessel produced numerous photographs demonstrating his curiosity for relational dialectics between nature and civilisation. In 1975 he took part in the memorable exhibition, New Topographics: Photographs of a Man-altered Landscape that included artists such as Robert Adams, Lewis Baltz, Bernd and Hilla Becher, as well as Nicholas Nixon, recently featured at the Fondation A Stichting. Henry Wessel chose California for its tangible quality of light, a bright light outlining and setting everything in place. His often seemingly frontal, direct and subtle images nevertheless highlight a curious feeling of incongruity. Henry Wessel’s black and white photographs, taken out and about with a small format camera, – including at night or just before daybreak – often from behind the wheel of his car, are glimpses of daily life that are captured in a flash. Some are Incidents where each gesture, each image leads to another, initiating a narrative.

This exhibition was possible thanks to the kind collaboration of Galerie Thomas Zander, Cologne.