Städel Museum: Ursula Schultz-Dornburg “The Land in Between” 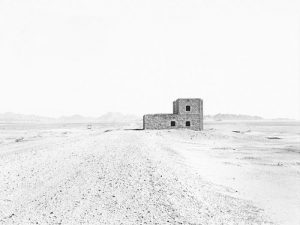 Assembling more than 200 works from 1980 to 2012, the Städel Museum offers the first comprehensive survey of the work of Düsseldorf based photographer Ursula Schulz-Dornburg. On view are places of transit, border landscapes, and cult sites of bygone cultures in Europe, Asia, and the Near East – above all, their visible and invisible historical, political, and cultural remains and layers.

The photographer Ursula Schulz-Dornburg (b. 1938) has been devoting herself to border landscapes, places of transit and relics of past cultures for more than forty years. With the aid of thirteen extensive workgroups and altogether more than 200 works, the Städel Museum is offering the first comprehensive institutional survey of the artist’s oeuvre ever in the exhibition “Ursula Schulz-Dornburg: The Land In-Between – Photographs from 1980 to 2012”, to be presented from 4 July to 9 September 2018. Schulz-Dornburg, who was born in Berlin and now lives in Düsseldorf, devotes herself in her photos to cult and culture sites in Europe, Asia and the Near East, and above all to the visible and invisible borders of these continents and regions. Her analog black-and-white photographs are testimonies to no-longer-existing landscapes, past political systems, cultural milieus in the process of dissolution, and expiring societies. Distinguished by ethnological curiosity and an archaeological perspective, the images are on the interfaces between documentarism and political photography, between concept art and a sense of the responsibility to provide insight. Schulz-Dornburg is interested in the marks human beings have left behind in the landscape in the course of lengthy historical processes, as well as in recent political changes of the kind brought about, for example, by the Golf Wars (between 1980 and 2003).