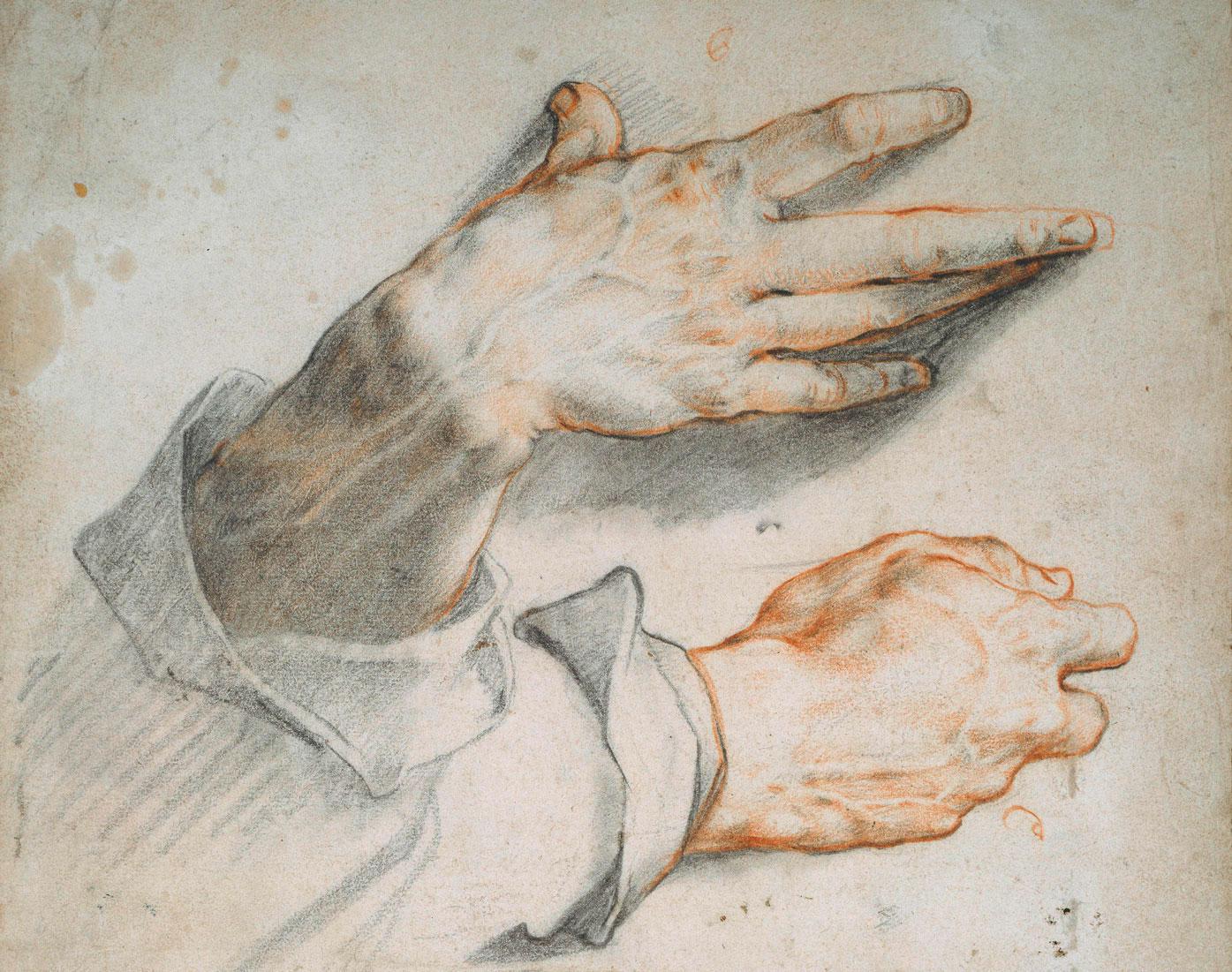 The Frankfurt-based merchant and banker Johann Friedrich Städel (1728–1816) bequeathed a large art collection to the Städel Museum, which, in addition to paintings and prints, also included over 4,600 drawings. For a long time, it was not possible to trace which drawings of today’s museum holdings originally came from his collection. At the time of the donation, no complete index was compiled; and, in the course of an inventory-taking in the 1860s, a large number of drawings were sorted out and sold. The Städel Museum has now succeeded for the first time in largely reconstructing the founder’s collection of drawings and in identifying roughly 3,000 works that are still in the collection today.
The Städel Museum presents a selection of ninety-five master drawings which will give an exemplary impression of the character, order and artistic significance of the former drawing collection of Johann Friedrich Städel. Outstanding works by Raphael, Correggio and Primaticcio, Watteau, Boucher and Fragonard, Dürer, Roos and Reinhart, as well as Goltzius, Rembrandt and De Wit, are presented – following the tradition of the founder’s collection – according to ‘European schools’ and discussed in detail in an accompanying catalogue. A portion of these drawings are already known among scholars, while others will be published for the first time. The reconstruction of the former drawing collection of Johann Friedrich Städel provides insights into the collection activities and concepts of the founder, as well as into the collecting of drawings in the eighteenth century in general.