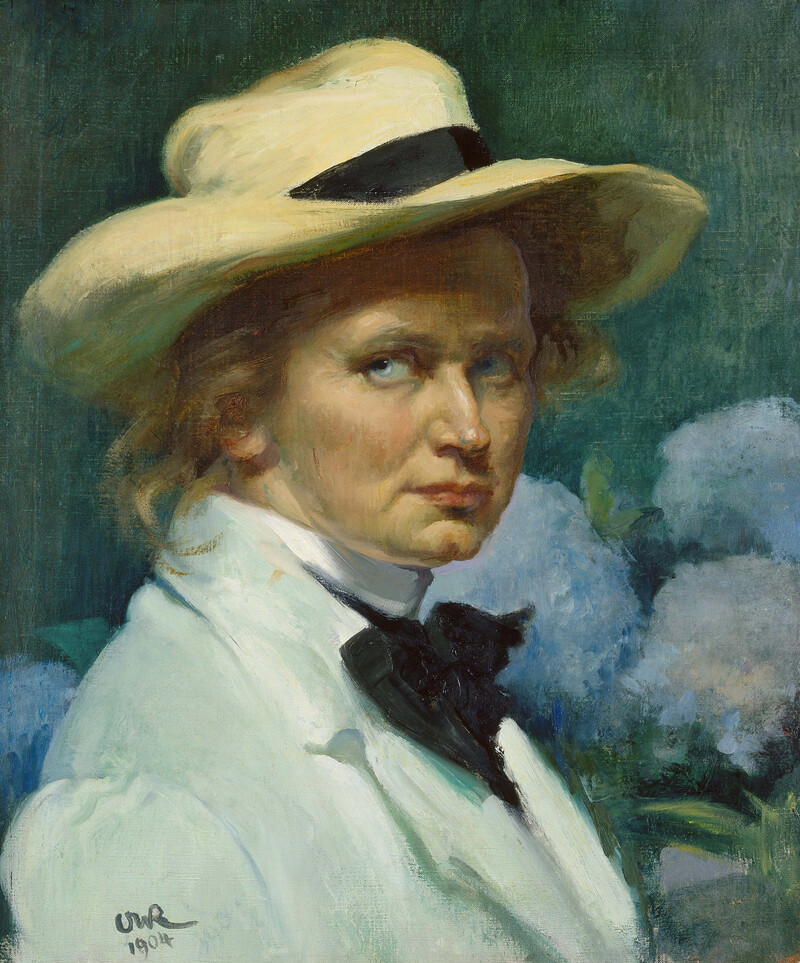 The German-Swiss painter Ottilie W. Roederstein (1859–1937) was one of the outstanding women artists of the period around 1900. This summer the Städel Museum will present a comprehensive retrospective featuring 75 paintings and drawings that will provide an overview of the artistic development of a painter distinguished by her stylistic versatility. From 1891 onwards, after training in Zurich, Berlin, and Paris, Roederstein lived in Frankfurt am Main. In 1909, she and her partner, the gynaecologist Elisabeth H. Winterhalter, settled in the neighbouring town of Hofheim am Taunus. As a freelance portraitist, Roederstein was firmly established in the male-dominated art world and self-confidently disregarded the prevailing social norms of her time. Her works were shown in numerous exhibitions in Germany and abroad—from Frankfurt, Zurich, and Paris to London and Chicago—gaining her wide recognition among her contemporaries. Yet despite her extensive exhibition activities and onetime renown, the painter has all but fallen into oblivion.

“For years we have devoted ourselves to broadening the canon of art history with exhibitions on trailblazing women artists. With the retrospective on the great portrait painter Ottilie Roederstein, we are now adding yet another new chapter to the history of art. Roederstein was an important figure in art and culture in Frankfurt. Yet the fame she enjoyed here during her lifetime has faded for the most part. She thus shares the fate of many other women artists who sank ever deeper into oblivion after World War II. It is a matter of very special concern to us to reacquaint a broader public with her work,” comments Philipp Demandt, Director of the Städel Museum.

Roederstein’s work is closely intertwined with the history of the Städel Museum and the city of Frankfurt. Her studio in the Städel School was just a few steps away from the museum, which she visited regularly, its collection being an important source of inspiration for her art. Her own works already entered the Städel holdings during her lifetime. In 1902, the museum acquired its first work ever by a contemporary female artist: Roederstein’s painting Old Woman Reading. The exhibition accordingly builds on the Städel Museum collection which, meanwhile comprising 28 works by the artist, represents one of the most important Roederstein holdings apart from those of the Stadtmuseum Hofheim am Taunus and the Kunsthaus Zürich.

The exhibition at the Städel Museum was realized in collaboration with the Kunsthaus Zürich.