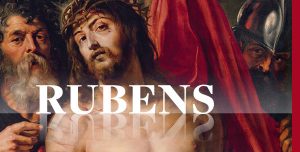 The Städel Museum dedicates a comprehensive special exhibition to Peter Paul Rubens (1577–1640), the world-renowned artist: “Rubens. The Power of Transformation” comprises about one hundred items—including thirty-one paintings and twenty-three drawings by the master—and explores a hitherto little-regarded aspect in his creative process. The presentation reveals how profound the dialogue was into which Rubens entered with his predecessors’ and contemporaries’ achievements and fathoms the scope of their impact on the five decades of his production. Rubens’s extensive oeuvre reflects the influences of ancient sculpture as well as that of the later art from Italy and north of the Alps, from the masters towards the close of the fifteenth century to the artists of his own day. Frequently, only a closer look will reveal how Rubens drew on the work of artists of different epochs: the exhibition offers an opportunity to comprehend the sometimes astonishing correlations in detail. The cross-genre presentation brings together paintings, drawings, prints, sculptures, and objets d’art. In addition to original sculptures dating from classical antiquity to the Renaissance, the show also encompasses paintings and prints by Rubens’s precursors and contemporaries, among them key works by Titian and Tintoretto, by Goltzius, Rottenhammer, and Elsheimer, as well as by Giambologna, Van Tetrode, and Van der Schardt.

An exhibition organised by the Städel Museum, Frankfurt/Main, and the Kunsthistorisches Museum Vienna.