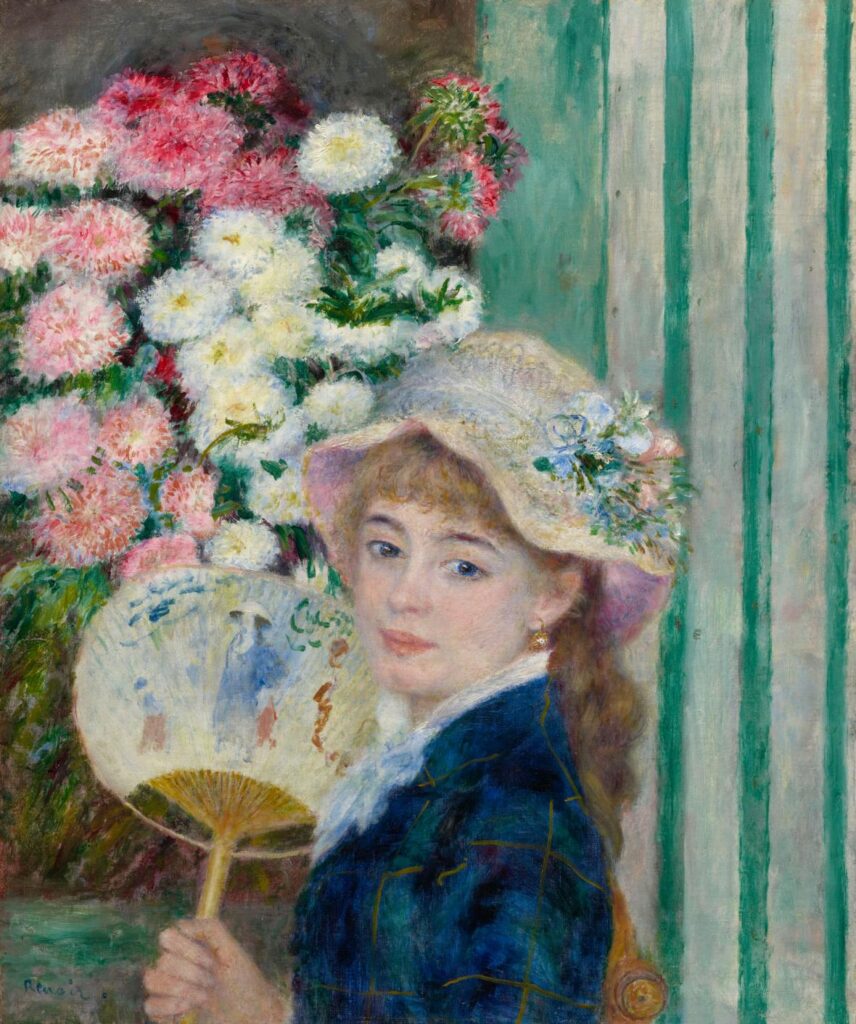 Pierre-Auguste Renoir (1841–1919) is one of the outstanding painters of French Impressionism. Venturing beyond the bounds of that characterization, the Städel Museum is now staging a major special exhibition that takes the first-ever in-depth look at the surprising connections between Renoir’s art and Rococo painting. Whereas the latter was considered frivolous and immoral after the French Revolution, it underwent a revival in the nineteenth century and was widely visible in Renoir’s lifetime. He was also intimately acquainted with the imagery of artists such as Antoine Watteau, Baptiste Siméon Chardin, François Boucher, and Jean-Honoré Fragonard from his training as a porcelain painter. He shared the Rococo’s predilection for certain themes, among them promenaders in the park and on the riverbank, moments of repose in the out of doors, and the garden party. Renoir also frequently devoted himself to the depiction of domestic scenes and family life as well as intimate moments such as bathing, reading, or making music. Yet he not only took orientation from the motifs of the Rococo, but also particularly admired its loose and sketchy manner of painting as well as its brilliant palette, aspects that would have a formative influence on him and many other artists of the Impressionist circle.

Taking highlights of the Städel collection such as Renoir’s “After the Luncheon” (1879) and Antoine Watteau’s “Embarkation for Cythera” (ca. 1709–10) as its point of departure, the exhibition will show altogether some 120 outstanding paintings, works on paper and craft objects from international museums such as the National Gallery in Washington, D.C., the Musée d’Orsay in Paris, the National Gallery in London, the Metropolitan Museum of Art in New York, and the J. Paul Getty Museum in Los Angeles, as well as private collections. “RENOIR. ROCOCO REVIVAL” will offer comprehensive insights into the complex history of the Rococo’s reception in nineteenth-century France. And trenchant juxtapositions of Renoir’s art with works of the eighteenth century as well as his own contemporaries – Edgar Degas, Édouard Manet, Claude Monet, and Berthe Morisot – will provide an overview of Impressionism’s intense artistic preoccupation with the Rococo.