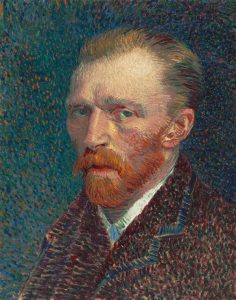 The exhibition focuses on the creation of the “legend of Van Gogh” around 1900 as well as his significance to modern art in Germany. It unites more than 120 paintings and works on paper. At the heart of the exhibition are 50 key works by Vincent van Gogh from all phases of his artistic work. It is the most comprehensive presentation in Germany to include works by the painter for nearly 20 years.

AKING VAN GOGH addresses the special role that gallery owners, museums, private collectors and art critics played in Germany in the early twentieth century for the posthumous reception of Van Gogh as the “father of modern art”. Just less than 15 years after his death, in this country Van Gogh was perceived as one of the most important precursor of modern painting. Van Gogh’s life and work attracted broad and lasting public interest. His art was collected in Germany unusually early. By 1914 there was an enormous number of works by Van Gogh, around 150 in total, in private and public German collections. At the same time, German artists began to vigorously examine his works. Van Gogh’s painting became a model and a substantial source of inspiration in particular for the young Expressionists. The emergence of modernism in Germany is hardly conceivable without his art.

Van Gogh’s success story is closely connected with the Städel. With the support of the Städelscher Museums-Verein, in 1908 it was one of the first museums to purchase works by the Dutch artist for assembling a modern art collection: the painting Farmhouse in Nuenen (1885) and the drawing Peasant Woman Planting Potatoes (1885). Three years later, the Portrait of Dr Gachet (1890), one of Van Gogh’s most famous paintings, was bought for the museum’s collection.

In three comprehensive chapters, the exhibition deals with the development and impact of the “legend of Van Gogh” in Germany. How did it come about that Van Gogh became so popular especially in Germany? Who championed his oeuvre, and how did artists respond to it? The exhibition presents Van Gogh as a pivotal figure for art of the German avant-garde. It makes an important contribution to understand the development of art in Germany at the beginning of the twentieth century.

The Städel unites more than 120 paintings and works on paper in the exhibition. 50 key works by Vincent van Gogh from all of his creative phases constitute the core of the exhibition. On view are outstanding loans from private collections and leading museums world-wide. 70 works by German artists exemplify Van Gogh’s influence and impact on the subsequent generation. These include works by well-known artists such as Max Beckmann, Ernst Ludwig Kirchner, Alexej von Jawlensky, Paula Modersohn-Becker or Gabriele Münter as well as by others whose artistic positions could be rediscovered, including Peter August Böckstiegel, Theo von Brockhusen, Heinrich Nauen or Elsa Tischner-von Durant.