Städel Museum: “Into the New” 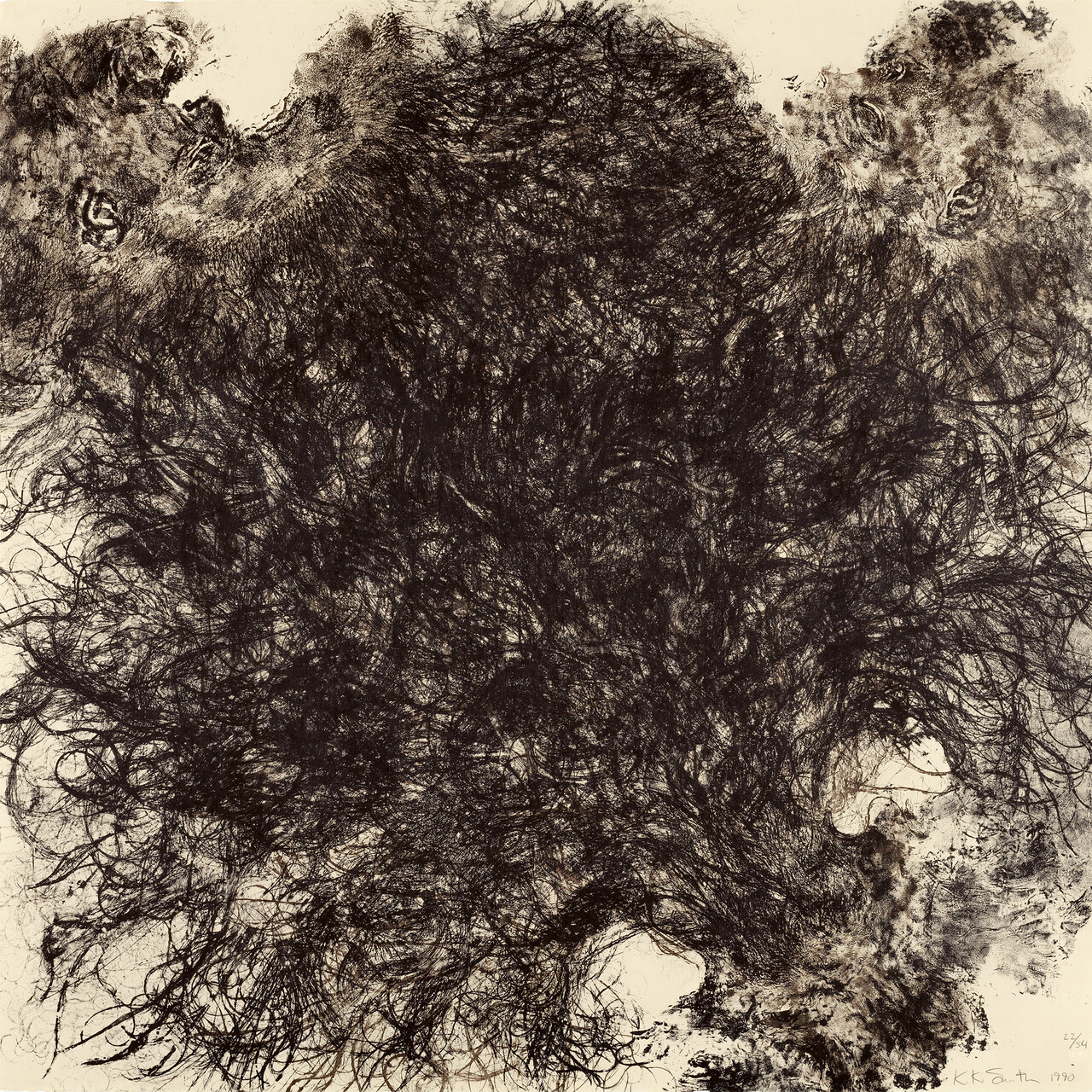 fter more than 25 years, the Städel Museum is once again dedicating an exhibition to American art on paper from 1945 to the present. From April 6 to July 17, 2022, some 50 outstanding prints, drawings, and multiples by artists such as Louise Bourgeois, Chuck Close, Jim Dine, Jasper Johns, Bruce Nauman, Jackson Pollock, Larry Rivers, Kiki Smith, or Kara Walker will be presented, all of which deal with the theme of being human.

American art of the past 80 years is full of boundary crossings and contradictions. It is as unconventional as it is multifaceted: Abstract Expressionism, Pop Art, Concept Art, Minimal and Performance Art. In a relatively short period of time after 1945, various and at times contradictory aesthetic concepts developed in New York and (later) on the West Coast. Artists chose their media and materials freely and strategically—depending on the message they wanted to convey. Printmaking played a key role in this context. As a laboratory for experimentation in form and content alike, it offered artists new possibilities. From the 1960s onward, this went hand in hand with the founding of new printing and paper workshops. Artists collaborated closely with these workshops to produce technically sophisticated prints and objects (multiples), often in self-confidently large formats. This printmaking revolution went down in art history as the “Graphic Boom.”

Under the influence of ever-new political, economic, and societal upheavals and crises, many of the works revolve around human existence itself. Naturalistic depictions of the human figure now give way to the sign-like and abstract, the incomplete, the imprint, the blank space. Artists reflect on human perception and experience as fragmentary and question language as an instrument for describing the world.

Philipp Demandt, Director of the Städel Museum, on the exhibition: “The Städel Museum has been collecting contemporary American art on paper since the 1960s. Today, the collection includes important works from Jackson Pollock to Louise Bourgeois. After more than twenty-five years, we are once again taking a look at this outstanding collection and also presenting recent acquisitions. It is worthwhile to examine all these works time and again under new aspects, and to make them accessible to the public. The fact that we have been able to expand our holdings for decades is due in particular to the Heinz and Gisela Friederichs Foundation—their great commitment to art on paper sustains this area of the collection as well as this exhibition.”

“From the late 1940s onwards, American art provided important impulses for the Western art world. Printmaking, with its great experimental potential, was particularly decisive here. The exhibition traces this creative impulse—not, however, in a systematic overview of the history of its development, as it were, but in connection with a thematic question that arose from the work with the museum’s own collection. In reaction to the manifold crises and upheavals of the 20th century, after wars and the use of weapons of mass destruction, many artists reflected in their works time and again on the question of what is universally human—a question that could not be more topical”, explains Regina Freyberger, Head of the Department of Prints and Drawings from 1750 and curator of the exhibition.

The Städel Museum began collecting contemporary American art on paper at the same time as the “Graphic Boom”; today, it forms one of the focal points of the Department of Prints and Drawings. The fact that this collection can be consistently expanded and enriched by further aspects to this day is primarily made possible by the Heinz and Gisela Friederichs Foundation, which celebrated its 30th anniversary in 2021. Important complementary acquisitions in the field of prints and drawings can be realized through the support of the Städelscher Museums-Verein.