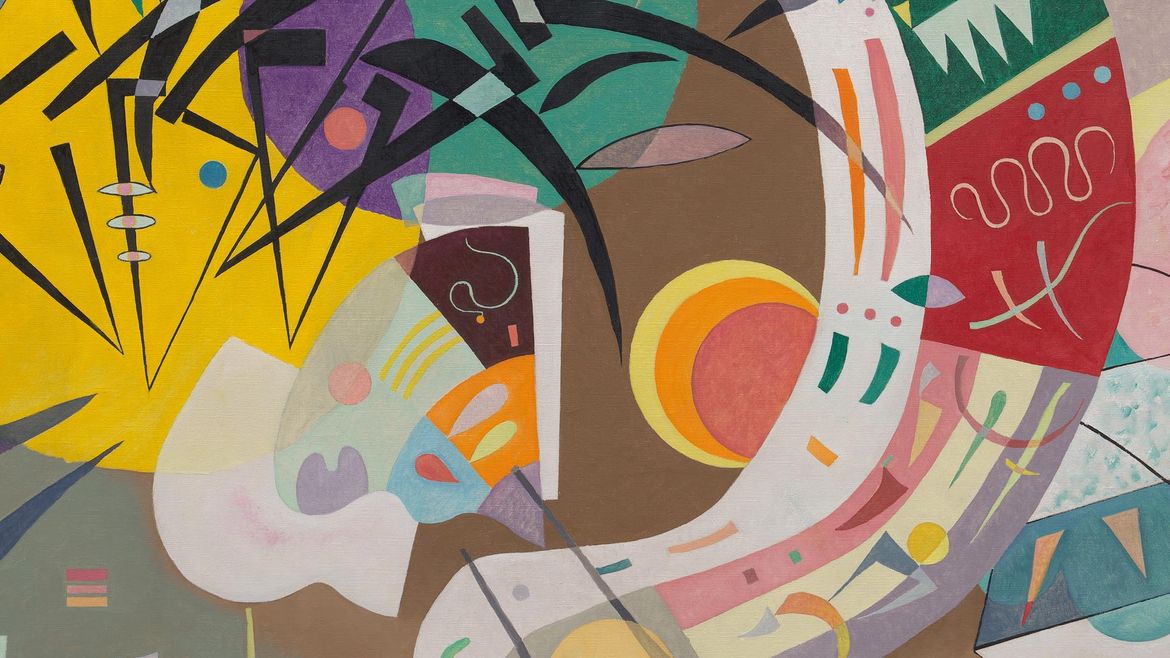 Vasily Kandinsky is recognized as a major artistic innovator of the twentieth century. The Russian-born artist’s stylistic evolution was intimately tied to his sense of place, not to mention his intersections with artists, musicians, poets, and other cultural producers who shared his transnational interests and spiritual aims. Kandinsky responded in turn to the vibrant communities in which he lived and worked, all against the backdrop of the sociopolitical upheavals of his time. Vasily Kandinsky: Around the Circle will portray how, in seeking to free art from its ties to nature and representation, Kandinsky remained committed to exploring a subject matter based on what he called the artist’s “inner necessity.”

Kandinsky’s groundbreaking career will unfold in reverse along the upper ramps of the Guggenheim’s rotunda, with paintings, watercolors, and woodcuts drawn from the museum’s extensive holdings to illustrate his circular journey. Persistent themes—from memory and identity to sensorial experience and spirituality—will be traced in the work of an artist whose theories and works continue to resonate today.

The exhibition will begin with Kandinsky’s final chapter, set in France, when the natural sciences and Surrealism, as well as an abiding interest in Russian and Siberian folklore, influenced his biomorphic, and at times even shamanic, imagery. Works from his preceding period at the Bauhaus, a school of applied art and design in Germany, additionally explore Kandinsky’s belief in art’s ability to transform self and society, while pieces he created after returning to Russia during World War I reflect the revitalization of his abstract style amidst the utopian experiments of the Russian avant-garde, who probed the idea of a universal aesthetic language.

The final section of the show, positioned near the apex of the rotunda, examines his early works produced in Munich around the turn of the twentieth century. Influenced by experimental music and concepts of synesthesia, and also invested in social movements around a return to the land, Kandinsky began mining the expressive and spiritual possibilities of color, line, and form. Ultimately Kandinsky saw the artist’s quest as a merging of past and present, allowing for transcendence.

Vasily Kandinsky: Around the Circle is organized by Megan Fontanella, Curator, Modern Art and Provenance.