The Shelly and Donald Rubin Foundation: “REVOLUTION FROM WITHOUT… “ 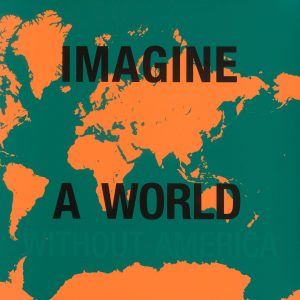 This is the first in a two-year series of exhibitions under the larger title Revolutionary Cycles, at the Foundation’s exhibition space, The 8th Floor, in New York City. Each of the six instalments will be organized around a single theme, including labour, gender, the media, surveillance, and family. Through each exhibition, Revolutionary Cycles will focus on different modes of resistance, emphasizing how revolutionary gestures are manifest in the contexts of art and life.

The title suggests that social and political change can come from the margins of the polity, motivated by conditions of being without: without rights, without capital, without representation. Each artist specifically addresses key political and historical moments in which the articulation of rights has been advanced. The artworks in the exhibition provide historical context for understanding current political conditions, with specific projects signalling activist methodologies involving research, education, critique, and more radical forms of protest.

With specially commissioned artworks, as well as restaged installations, Revolution from Without… will lay a foundation for the central themes which will be expanded upon in the subsequent exhibitions in Revolutionary Cycles, ultimately questioning how art spaces can be sites for organizing.

The exhibition is curated by Sara Reisman, Executive and Artistic Director of the Shelley & Donald Rubin Foundation, with a brochure essay by writer Rehan Ansari. A program of events will be organized in conjunction with the exhibition and details will be announced soon.