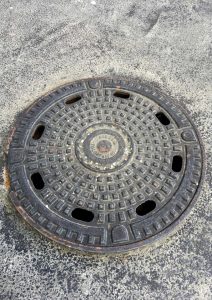 Can frequencies and melodies influence the growth and formations of bacteria in the sewage? This question is explored by the Swedish artist Cecilia Jonsson in her project “Contemporary Diagram – Berlin,” initiated and organized by singuhr –projekte. During a project residency at the sewage research facility of the Berliner Wasserbetriebe in Berlin-Neukölln, she used eight experimental set-ups to study how bacteria respond to different sounds and music. The results of these experiments will be presented at the Schering Stiftung.

For Jonsson’s experiments, the sewage offers ideal conditions, since it is populated by bacteria that can be cultured on iron plates and trigger corrosion processes. Using standard aquariums, the artist built eight experimental stations, exposing the bacteria in the sewage to infra- and ultrasound, different audible frequencies, her voice singing a note, and music by the Russian composer Alexander Mosolov (1900–1973).

The exhibition presents Cecilia Jonsson’s results as well as contextual information about her research, adding written notes, observations, and thoughts to her research findings. The exhibition room thus evolves into a sensory research space interlacing hearing and seeing, contemplation and reflection, and making visible invisible phenomena such as bacteria while at the same time providing insights into invisible architectures such as the city’s underground sewage system.

Through her artistic research, Cecilia Jonsson triggers complex transformation processes. “Contemporary Diagram – Berlin” was inspired by the late-nineteenth-century hydrodynamic experiments of the Norwegian physicist Carl Anton Bjerknes who studied the mechanical behavior of fluids. Bjerknes’ working method was a reference point for Jonsson’s artistic research in many respects, as can be seen by the artist’s research notes, which comment on the peculiar way in which the physicist reflected on and documented his experiments.