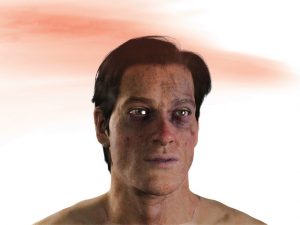 To record the subject—to give an account of oneself—can be attempted through an excess of reflexivity, the ability to observe oneself while acting. In her book Giving an Account of Oneself Judith Butler suggests how such an attempt is bound up with the ethical imperative of responsibly giving an account of oneself to another.

In order to pursue the aim of less violence in the world, it could be necessary to reflect on how the becoming-subject attempts to respond to the question “Who are you?” when it is asked by another subject whose engagement with us through this very question constitutes the basis of our own subject formation. How difficult and complex it is to “give an account” that is truthful to another who asks it of us! If the “I” is constituted in the relation with a “you” then the first question is how can I give an account of what precedes me as a knowing subject, and therefore exceeds me? According to Butler, such an attempt is bound to failure because of the fundamental opacity of ourselves to ourselves.

And yet there is a humility in the recognition of the failure to give an account of oneself that could be healing: “The ‘I’ finds that, in the presence of the other, it is breaking down. It does not know itself; perhaps it never will. But is that the task, to know oneself? Is the final aim to achieve an adequate narrative account of a life? And should it be? Is the task to cover over through a narrative means the breakage, the rupture, that is constitutive of the ‘I,’ which quite forcefully binds the elements together as if it were perfectly possible, as if the break could be mended and defensive mastery restored?” It concerns bathos. We speak of this, and more, with Ed.-(Carolyn Christov-Bakargiev, curator)