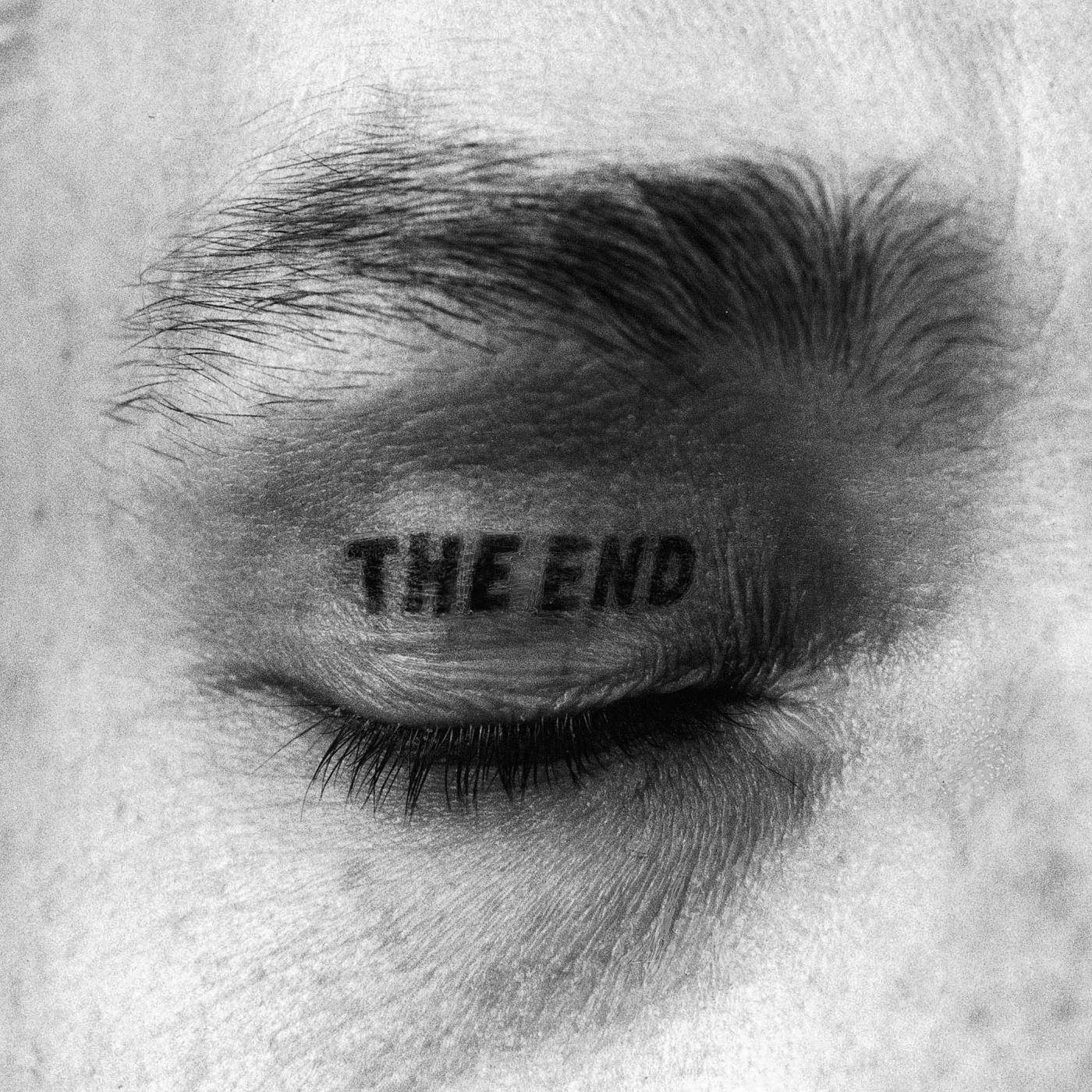 Timm Ulrichs is an autodidact, a language fetishist, a reader and a humorous provocateur. In his genre-crossing conceptual realizations, he repeatedly makes himself and his human constitution available as material and postulates the compatibility of art and life. Language is often his fundamental creative tool; his works play with verbal concepts, tautologies, paradoxes and diverse implications.

Timm Ulrichs channels existential feelings like hardly any other artist and thematizes the decay inherent in life as well as the forms of staging of commemoration and self-production. Based on the logic of life, he figures his own death as an artstic pole. This is not narcissistic, but extremely consistent; it is also about directing his own life. A legendary gesture of this, which Ulrich conceived in the late 1970s and carried out on May 16, 1981, is when he had the words “THE END” tattooed on his right eyelid.

Being oneself is the premise of every contemplation, but of course the question of what happens post-priori also interferes with our perception and configuration of the present. Using this parameter, Timm Ulrichs repeatedly examines the world through the presence and absence of his life. The 100-part series Versteinerte Texte und Bilder // Petrified Texts and Pictures which has not been on public display since the mid-1980s, shows tombstones in the form of a book, taken from the Père Lachaise cemetery in Paris. Among them, a stone designed by Ulrichs himself with the inscription: “Always remember to forget me. Timm Ulrichs!”

“A life for art: this can only mean a life in preparation for death, to shape it, to stage it, as a climax and as a culmination point […]” (Timm Ulrichs)

The design of commemorative objects and the organization of remembrance, which Timm Ulrichs always ties in with his personal death, form recurring motifs in his oeuvre. Anwesend abwesend das Leben nach dem Tode im Leben vor dem Tode // Present and Absent Life after Death in the Life before Death (1971) connects a mask of death, shaped in the likeness of Ulrich’s face, with a book vault. In Meta-Atem // Meta-Breath Ulrich’s face disappears behind a pane of glass that steams up due to the expiration of his breath and prevents him from looking through – he disappears by way of his own vivacity. In 1992 Ulrichs had already installed his tomb in the necropolis of Kassel with the title Timm Ulrichs: auf der Unterseite der Erdoberfläche (Kopfstehendes Hohlkörper-Denkmal II) // Timm Ulrichs: on the Underside of the Earth’s Surface (Inverted Hollow Body Monument II) (1972/80/90). It is a cast of Ulrich’s body, lowered upside down into the ground and hollowed out, intended to take up his ashes. Visible from the other end, above the surface of the earth, are only his footprints.

The starting point of the works presented in the Philara Collection is rooted in the play of presence and the process of disappearance, which Ulrichs also considers under economic factors. In works such as Walter Benjamin: Das Kunstwerk im Zeitalter seiner technischen Reproduzierbarkeit // Walter Benjamin: The Artwork in the Age of Its Technical Reproducibility (1967) and Geld/Wechsel/Geld: Ein Umlauf durch zwanzig Währungen (oder: Das aktualisierte Märchen von Hans im Glück) // Money/Exchange/Money: A Circulation through Twenty Currencies (or: The Updated Fairy Tale of Hans im Glück) (1968/78) he asks about the mechanisms concerning the production or loss of monetary value through the process of dissolution and directs the focus onto conditions of materialism. In the hundredfold copy of the copy, not only does the “aura” formulated by Benjamin visually decay through the reproduction of the original image, but Ulrichs also demonstrates the loss of quality as a result of the technical process of copying.