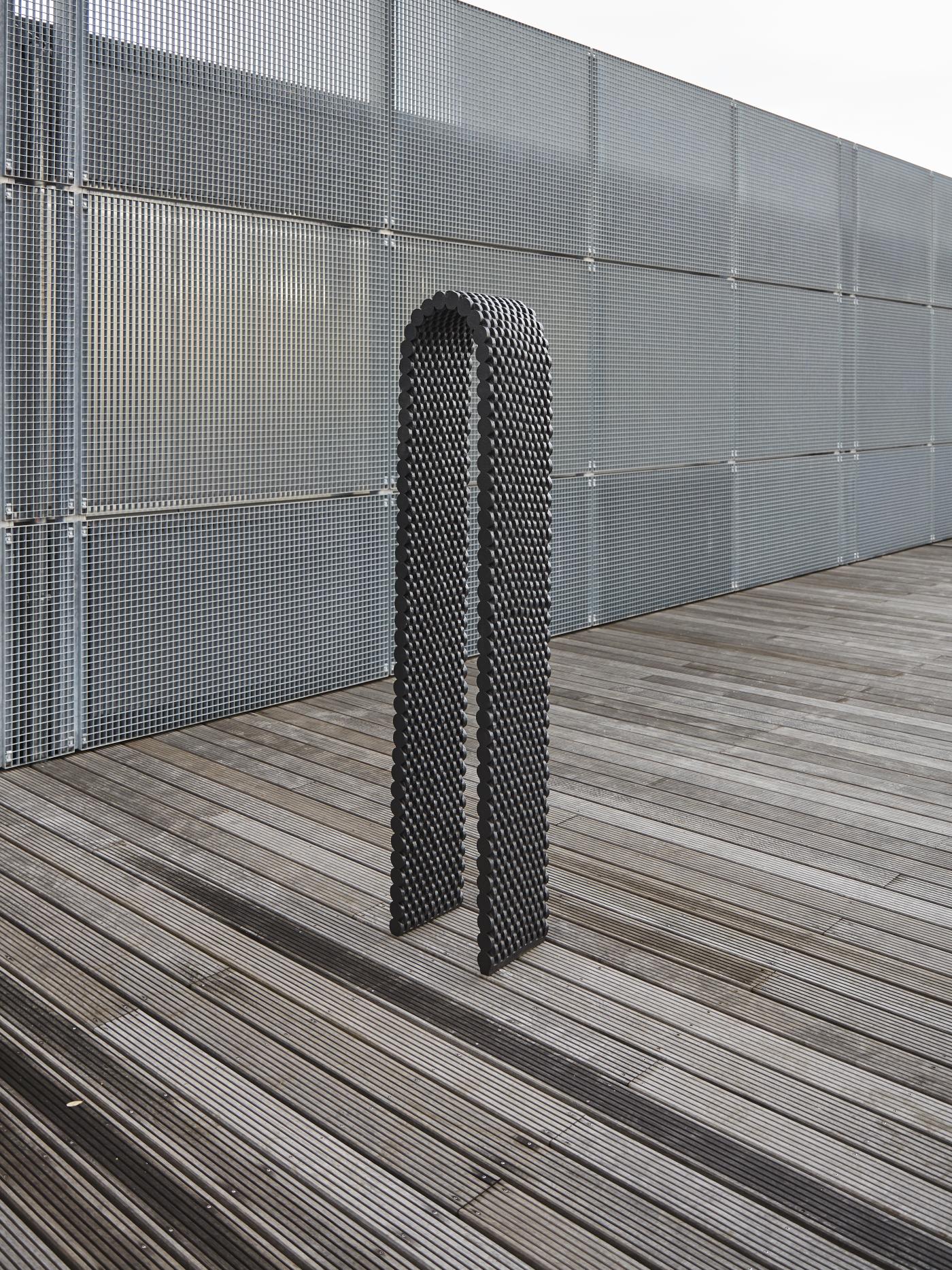 Leunora Salihu develops her sculptural works on the basis of elementary themes of sculpture, such as the relationship between space and surrounding, movement in the static form as well as sculpture and pedestal. As such, serially handcrafted elements are combined to modular systems and sculptural bodies.

Salihu’s objects are continuations of familiar forms, that can emerge from proportions of the human body as well as architectural archetypes of human dwelling. Following these archetypal models, she draws on original, earth-based materials such as ceramics, wood or metal, which can simultaneously be informed by an industrial context. Experiences she creates with characteristic specificities of a substance are transferred to the next material – thus the engagement with clay, a soft material that goes through many processes, can lead to a search for the softness and mobility in wood, initially appearing rigid. Further, the sculptures stand in constant tension with physical contrasts such as lightness and heaviness, attraction and expansion, which Salihu concurrently potentiates and balances. Nothing remains isolated, but is always related to another force. Her experimental approach creates an interlinked nuance entirety of sculptures within a multi-layered vocabulary of organic and constructive forms. Its developments are read through one another, and are constantly oriented toward the parameters of the material. Never hermetic, these dynamic systems outline a network of enclosures and exclusions, addressing the interconnection between object and subject.

Leunora Salihu works in an inquiring manner, always in pursuit of possibilities to evolve forms and materials, which she sets in dialogue with space and its regularities.

Leunora Salihu was born in 1977 in Pristina, Kosovo and lives and works in Dusseldorf. She studied sculpture at the Kunstakademie Düsseldorf. Most recently, Salihu’s work was awarded with the Lothar Fischer Prize (2017). Besides various participations in international group exhibitions, she had solo exhibitions in institutions such as Museum Lothar Fischer (2018), Kunstsammlung Nordrhein-Westfalen, K21 (2017), The National Gallery of Kosovo (2017) and Lehmbruck Museum in Duisburg (2011/12). She currently holds a guest professorship in sculpture at the Justus Liebig University in Giessen.