Russborough House and Parklands: The Art of Costume 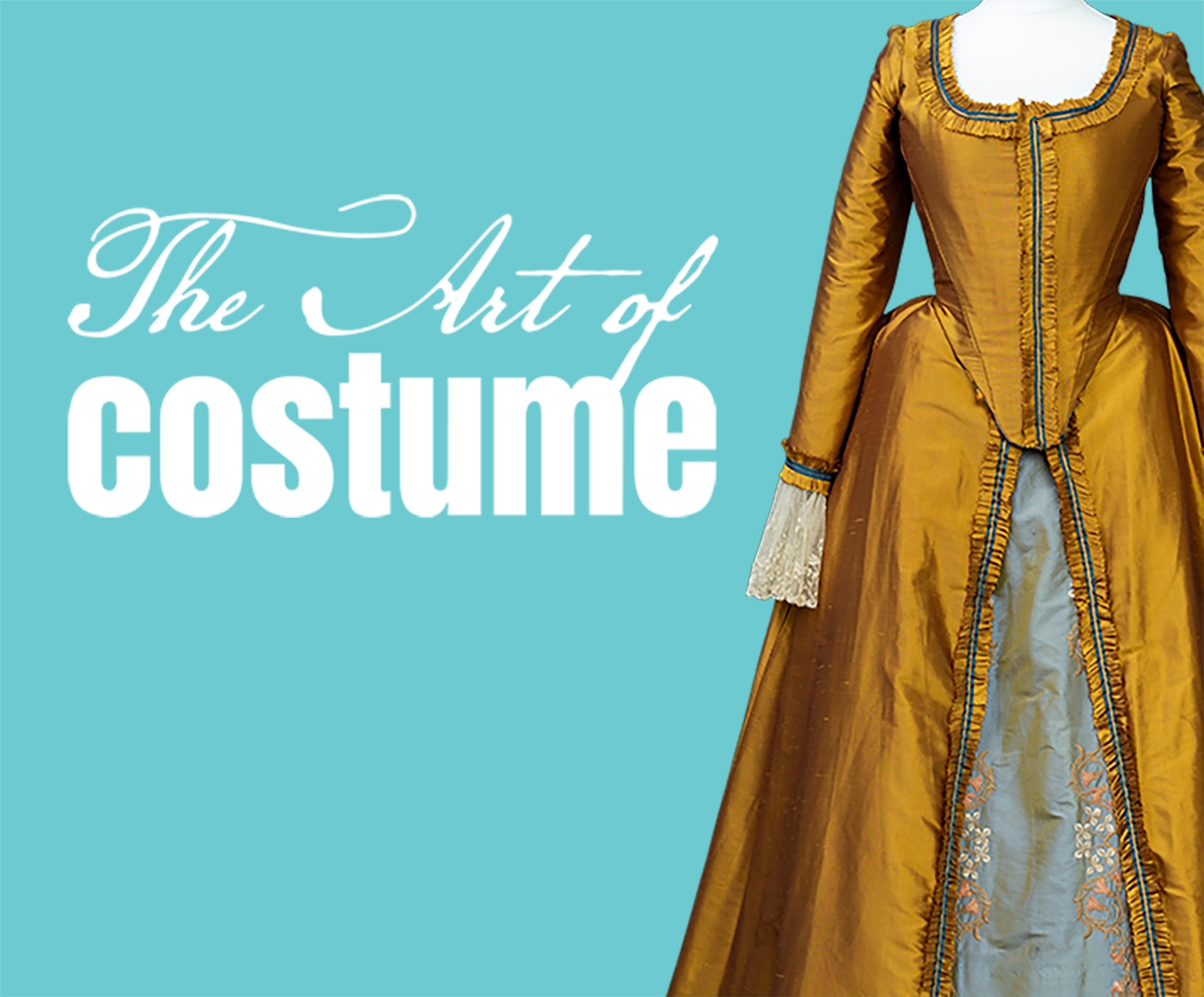 The Art of Costume

The Irish Costume Archive Project has teamed up with Russborough House in Blessington, Co. Wicklow to launch an exciting new exhibition for autumn 2022.

Entitled “The Art of Costume”, the exhibition explores the relationship between actors and costumes, and the growth of the Irish film industry. Launching on Thursday, 11th August and running until Sunday, 16th October, the exhibition will display costumes from the ICAP collection that have been collected and preserved from some of the most prestigious film productions shot in Ireland. “The Art of Costume” exhibition features 17 costumes from 12 well known film and television productions, all revealed up close highlighting their exquisite attention to detail.

The exhibition displays costumes from the four-time Emmy award-winning ‘Normal People’, as well as the famous Afghan coat worn by Daniel Day Lewis in the film ‘In The Name of the Father’, the military uniform worn by Liam Neeson in ‘Michael Collins’ and Brendan Gleeson’s flamboyant silk dressing gown in ‘The Guard’. The exhibition also includes costumes from the Oscar winning ‘The Favourite’, as well as ‘The Crying Game’, ‘Little Women’, ‘Ripper Street’ and ‘Love and Friendship’, which was filmed in part at Russborough House.

ICAP was founded in 2017 by costume designer Eimer Ni Mhaoldomhnaigh and costume practitioner Veerle Dehaene. Eimer and Veerle both have extensive industry knowledge and experience. On the production side, Eimer has worked with directors Neil Jordan, Jim Sheridan and Ken Loach, providing her expertise in costume design to them. Veerle utilised her knowledge as a costume practitioner to manage Joan Bergin’s costume collection at The Costume Mill in Dublin. Together they founded ICAP because they were both concerned about the afterlife of such costumes, that they believe, are an integral part of Ireland’s film heritage. The archive is now home to over three hundred costumes that are permanently stored and preserved at Ardmore Studios in Co. Wicklow.

Speaking about the launch of the exhibition at Russborough House, ICAP founder Veerle said, Costume plays a vital part in the actor’s characterisation, and very often they do not fully get into character until they get into their costume. It is a collaboration between the actor, director, and costume designer, and it involves a huge amount of historic and social research to establish authenticity and accuracy.

The exhibition is also an important part of The Alfred Beit Foundation’s, who operates Russborough House, educational programme, particularly for post primary and transition year students, as it will feature a specialised workshop for students interested in pursuing costume design as a career. According to Pauline Swords, Head of Collections and Conservation at Russborough, the purpose of the costume design workshops is “to help students appreciate the relationship between character development and costume”. The workshops will touch on the whole design process, how the costume is related to the script, the costume plot needed to visualise the film story, and how visits to museums, archives, and libraries help to get a realistic vision of a period in history. Russborough House provides a magnificent backdrop for the exhibition, being a historic building that champions exquisite Georgian perfection.

The Art of Costume Exhibition runs from 11th August to 16th October as part of our Guided House Tour.