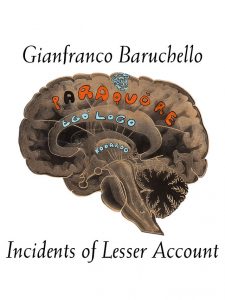 Although Gianfranco Baruchello (born 1924, Livorno, Italy) has been exhibiting internationally for over 50 years, this is the first show in the UK to survey his work. A polymath and self-taught artist, Baruchello was in dialogue with experimental writers (for instance Italo Calvino and Gruppo 63) while producing sculptural work and then exhibiting paintings, first in Rome and then New York from the mid-1960s. As well as films, he has since made happenings, published poetry, fiction and essays, engaged in radical politics, launched a para-business and run an experimental farm.

Baruchello developed his pictorial vocabulary through a process of fragmentation and miniaturisation. Applied on canvas, acrylic and aluminium, a multitude of objects, shapes and characters, from history, politics and high and low culture circulate in decentralised, non-hierarchical space, creating a sort of mental cartography. Even if, as the artist’s friend Marcel Duchamp suggested, his works are “viewed from close up over the course of an hour,” their narratives remain elusive.

The exhibition presents works made between 1959 and this year, including large early canvases, paintings on layered acrylic sheets and on aluminium, boxed assemblages, and a selection of film and video. These will plot a map through Baruchello’s excessive imaginary, where a form of storytelling, critically engaged and often absurd, is constantly re-invented.

The exhibition is curated by Luca Cerizza. An art historian and curator, living in Turin and Mumbai, Cerizza is responsible for the Castello di Rivoli Research Institute. The exhibition would not have been possible without the generous cooperation of Carla Subrizi at the Fondazione Baruchello, Rome.