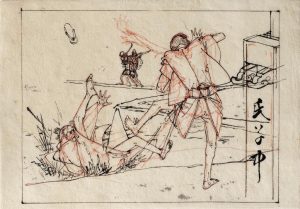 This fall, the Pulitzer Arts Foundation presents two exhibitions of art from Japan. Living Proof: Drawing in 19th-Century Japan focuses on a rare group of works on paper from the late Edo and early Meiji periods. The exhibition explores the techniques and subject matter of drawing during this time, while illuminating its primary role as the first step in the creation of woodblock prints. Although such drawings have traditionally been excluded from histories of printmaking in Japan, Living Proof compellingly reframes them as artworks in their own right.

A companion exhibition, Rough Cut: Independent Japanese Animation, focuses on the relationship between drawing and animation with three short films created over the past century. Consisting of works produced outside of mainstream commercial studios, Rough Cut includes examples of compelling innovations, from early silent film to contemporary experimentation with collage and stop-motion.