Prada Rong Zhai: Goshka Macuga “What Was I?” 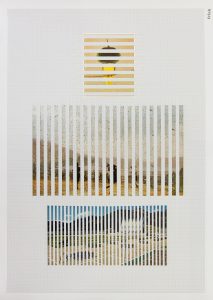 “What Was I?” is a futuristic journey in the post-Anthropocene epoch, after the collapse of humankind. The centerpiece of this project, that brings together 26 artworks from the Collezione Prada and recent collages by Macuga, is an android created by the artist in 2016. The robot recites his monologue made up of numerous excerpts of seminal speeches in the history of humankind.

In order to explore the way of living of Rong Zhai’s original owners during the 1930s and to investigate in an unexpected way, the notion of identity, one of the central issues of her exhibition, Goshka Macuga decided to accompany the opening with a special music event. During the cocktail reception two national Peking Opera actors, Tian Hui and Lan Tian, performed a scene of the traditional piece The Confession (Zuo Gong), composed in mid-19th Century, in the Garden of Prada Rong Zhai.

Entrance tickets are RMB 60. A unique QR code is assigned to each ticket, which is only valid for the selected time slot.

A limited number of visitors can access the exhibition spaces in one time. To avoid queues and save time, tickets can only be purchased online.

Use WeChat to scan the mini program code below to purchase your ticket (Wechat Pay only).