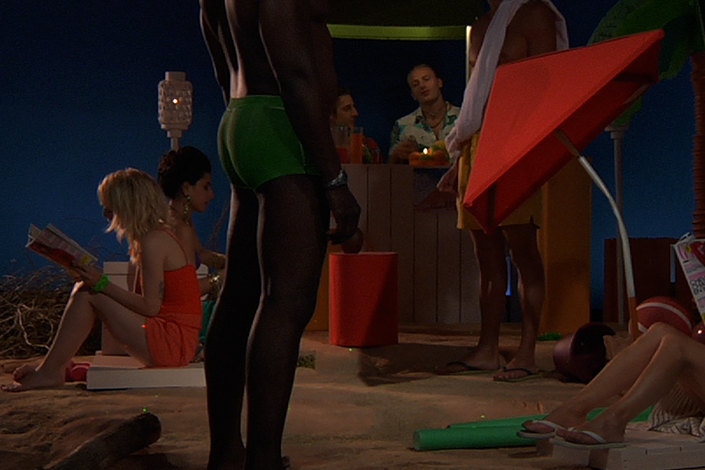 The works of the French-Algerian artist Neïl Beloufa (Paris, 1985; lives and works in Paris) revolve around an in-depth research into the relationship between moving images, sound, installation, and sculpture, to create immersive environments of which the viewer’s gaze constitutes an integral part. His installations include various materials and techniques, and they often contain exposed technological components and digital devices they are made of, with explicit references to the contemporary subculture.

This exhibition is the artist’s first solo show in Italy and brings together a rich selection of works, including films, installations, and sculptures. The presence of sound and moving images, along with the stratification of objects arranged in the environment, contribute to the emergence of narratives in which visual culture and pop references are interwoven.