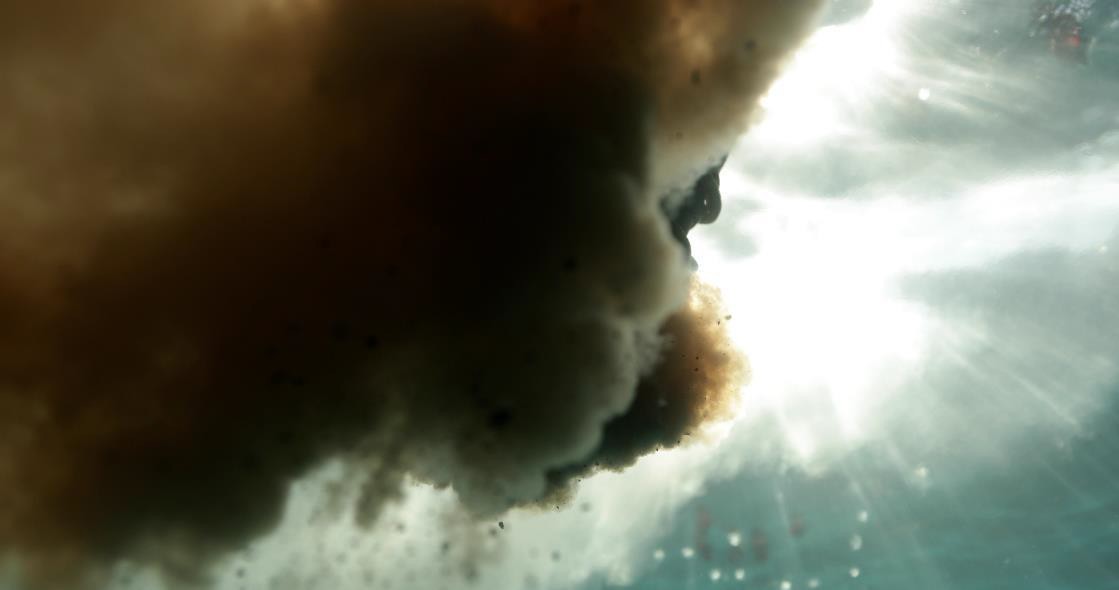 From 6 October 2022 to 29 January 2023, Pirelli HangarBicocca presents “Born in the first light of the morning [moswara’marapo],” a survey exhibition of several of Dineo Seshee Bopape’s works, including a new production. Through a distinctive combination of moving images, sound elements, wall drawings, and a thriving earthly vocabulary—comprising of soil, water, clay, bricks, herbs, wood, and natural light—the artist conjures up a poetic visual landscape at Pirelli HangarBicocca, offering insights on the ideas of memory, corporeally, materially and socio-politically, and reconciliation of self and story.

In her practice, Dineo Seshee Bopape (born in Polokwane, South Africa, 1981, current resident of Johannesburg) incorporates different media, such as sculpture, drawing, video and sound. Organic and highly symbolic and coded materials are often juxtaposed with digital and technological aesthetic vocabularies. Drawing on her own experiences related to her home country of South Africa, and its threads, tentacles and mirrors to elsewheres, the artist weaves narratives in which maternal and female corporeality, take on a substantial role in investigating ancestral archetypes (rock, water, fire, air) and mythologies, and ‘questioning’ the archived, the effects of colonialisms and the political and spiritual function(s) of memory. At the same time, Bopape brings environmental installations to life through the use of elements, like earth and water, which, mixed and worked with other substances such as charcoal, ash and clay, suggest new regenerative alchemical possibilities, physical, spiritual and social.

“Born in the first light of the morning [moswara’marapo],” curated by Lucia Aspesi and Fiammetta Griccioli, is the first survey exhibition dedicated to Dineo Seshee Bopape, presenting a series of installations, wall drawings and videos that gives visitors the opportunity to explore the artist’s practice. The title of the exhibition evokes both a state of re-birth, states of transitions and transmutations: with these words, Bopape encourages us to rethink the notion of a work of art itself, no longer understood as a monumental, eternal object, but as a conduit between material and immaterial worlds, experiences and times (duration). In particular, the artist’s choice to use both English and SePedi, one of South Africa’s Bantu languages, and her mother-tongue, extends the conceptual parameters of the work.

Light, evoked in the title, also performs as a visual element in the exhibition, bringing up a reflection on the spatial and nonlinear dimension of time, as linked to the complementary physical-perceptual relation between light and darkness, dawn and dusk. Upon entering the exhibition, the visitors are welcomed in the half-light by works where the moving image is central—such as lerato laka le a phela le a phela / my love is alive, is alive, is alive (2022) and (Serithi) The rest, as they used to say, is history (2021). By contrast, as viewers move on, natural light directly enters the space through large windows open on both sides of the building, shaping spatial installations that make use of organic materials—for example, Lerole: footnotes (The struggle of memory against forgetting) (2017). Through these juxtapositions, the artist provides an unprecedented topography of her work, in which material installations and vernacular architectural structures mingle with digital and immaterial pieces: an iridescent landscape that transforms according to the time of day and weather conditions.

In the practice of Bopape, sound also plays a key role: her voice is often combined with the abstracted sounds of nature, generating a melodic choral dimension that defines her videos, as well as her installations. Representative of this approach is lerato laka le a phela le a phela le a phela/ my love is alive, is alive, is alive (2022), on view at Pirelli HangarBicocca. Commissioned by TBA21–Academy and co-produced with Pirelli HangarBicocca, the work—presented for the first time at Ocean Space in Venice in April 2022—consists of wooden and rock structures arranged in a circle, creating a welcoming and intimate environment on which images of marine footage are projected. The camera dips and resurfaces, capturing the artist’s hand as it drums on the water or casts various substances—such as milk, fruits and flowers—into the ocean, not unlike votive offerings, while the echo of percussions and the artist’s voice accompany the sounds of the sea and waves like a rhythmic litany of a ritual or ceremony. The refrain sung by Bopape, after which the work is titled, gradually resembles a harmonic flow generated by bodies and matter, images and sounds. The work is the result of journeys that Dineo Seshee Bopape took to the Solomon Islands, Jamaica, West Africa and to the plantations along the Mississippi River, which became an opportunity for the artist to reflect on our inter-generational relationship with the transatlantic slave trade, global waters, WATER and its expansive symbolic potential:

Along with water, earth and clay are also the most recognizable and most frequently recurring elements in the work of Bopape. The artist combines them to create installations that, although familiar in urban contexts, resemble stratified rock and desert landscapes, gathering and preserving traces of the past, of collective memories and histories. Thus, the work Lerole: footnotes (The struggle of memory against forgetting) (2017), comprised of organic materials and different media—such as bricks, clay, ceramics, sand, herbs, and turntables—appears as an ephemeral monument, spiritually inspired by the texts of African American writer James Baldwin (1924 – 1987) and by South African politician Robert Sobukwe (1924-1978), founder of the Pan-Africanist Congress, and countless freedom fighters. The installation features numerous ceramic sculptures, molded by holding clay tightly in the palm of one’s hand and subsequently firing the cast. They become a symbol of self-sovereignty, and in this instance of those who struggled decades and centuries against colonial power (in its various guises), a reminder of the spirited political gesture of the raised clenched fist. These are accompanied by a series of wooden plaques that record a chronology of a few events relating to the resistance of the peoples of Africa against European occupation, compiled by the artist with the help of a researcher. With Lerole: footnotes (The struggle of memory against forgetting) (2017), Bopape investigates traces of what is remembered, recorded, unrecorded and what is witnessed yet undocumented. It re-members centuries of struggle against the invasions on the African continent—partly also revealing patterns, stories of first contact, pre-colonialisms, while reflecting on those who partook in the wars and battles, on the imperative of self-sovereignty, the dust of what remained, dust that shifts… and also on the idea of freedom.

The connection between territory and corporeality, in particular female corporeality, is explored further in the pieces And- In. The Light Of This.   (2017/22) and Mothabeng (2022), where two domed structures— one of which is made from compressed soil, clay and hay—visually symbolically reminiscent of a womb, egg or a hut, welcome visitors. In these archetypal architectures, herbs and minerals suggest their ritual and healing function. The darkness and the mixture of earth and plant smells are an invitation to meditate and rebuild the human relationship with soil. In Mothabeng, the artist presents a new work especially conceived for the exhibition at Pirelli HangarBicocca: a sound piece created from recordings made in a marble quarry in the Tuscan Apennines during one of Bopape’s stays in Italy. In this environment, the sounds produced by the natural elements of the mountain reverberate, accompanying viewers on a meta journey into the depths of the earth, and inspiring novel ways of connecting and communicating with non-human organisms and entities, and with the reality around us.