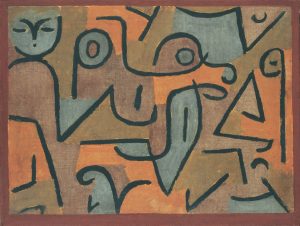 Together with the Zentrum Paul Klee, The Phillips Collection is proud to present Ten Americans: After Paul Klee. The first exhibition to explore the seminal role of Swiss-born artist Paul Klee in the development of mid-20th-century American art, the exhibition includes more than 60 works from collections in the United States and Switzerland.

Shedding new light on important figures in American Abstract Expressionist and Color Field painting, Ten Americans reveals the broader context of global cultural exchanges between the United States and Europe in the decades after World War II. The exhibition is the first to feature works by Klee in dialogue with William Baziotes, Gene Davis, Adolph Gottlieb, Norman Lewis, Robert Motherwell, Kenneth Noland, Jackson Pollock, Theodoros Stamos, Mark Tobey, and Bradley Walker Tomlin. These artists either acknowledged the importance of Klee’s work to their own artistic development or learned of his artistic approach through other figures.

“In assembling a fine collection of 13 works by Klee between 1930 and 1953, Duncan Phillips played a pivotal role in bringing Klee to the attention of American artists and audiences,” said Phillips Director Dorothy Kosinski. “This groundbreaking exhibition, co-organized with the Zentrum Paul Klee, offers visitors fresh insight into Klee’s profound significance on a young generation of postwar abstract artists in America.”

Paul Klee and America
A successful artist and inspirational teacher in Germany, Paul Klee (1879–1940) first found acclaim at the Bauhaus and later at the Düsseldorf Academy of Art. In 1933, the Nazis labeled him a “degenerate” artist due to the avant-garde nature of his work. Klee and his wife, Lily, left Düsseldorf for his hometown of Bern, Switzerland, where they remained until his death in 1940. There, Klee created a prolific body of mature work.

Although he never traveled to the United States, Klee’s art appeared there en masse and was quickly and enthusiastically embraced by a group of emerging American abstract painters. The freedom of Klee’s non-didactic, stylistically open-ended work—whether abstract or figurative, tied to universals of experience or to the banal encounters of everyday life—provided an inspiring example that helped stimulate exciting new directions in postwar American art.

Paul Klee and The Phillips Collection
Museum founder Duncan Phillips became a stalwart champion of Klee’s work in the United States. Between 1930 and 1953, he assembled 13 of Klee’s finest works in oil and watercolor spanning the artist’s career—a unit that remains a cornerstone of the museum’s collection. Phillips placed Klee’s work on nearly continuous view after 1948 in what came to be known as “the Klee room” at the Phillips, a space that became an abiding source of inspiration for the generation of American painters working during mid-century, such as Mark Tobey, Kenneth Noland, and Gene Davis.