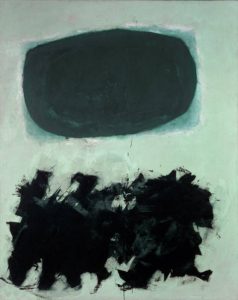 Pace Gallery is honored to present an exhibition of paintings by Adolph Gottlieb (1903 – 1974), a leader of the New York School and seminal force in abstraction. Drawing together works from the Adolph and Esther Gottlieb Foundation alongside a number of paintings on loan from major institutions—including the Albright-Knox Art Gallery, the Blanton Museum of Art, the Jewish Museum, the Princeton University Art Museum, the Museum of Modern Art, the Walker Art Center, and the Whitney Museum of American Art, among others—Adolph Gottlieb: Classic Paintings features over 20 large-scale paintings created by Gottlieb from the mid-1950s until his death in 1974. To accompany the exhibition, Pace will publish a full-color catalogue with a new essay by Dr. Kent Minturn.

Adolph Gottlieb (b. 1903, New York; d. 1974, New York) worked his passage to Europe when he was seventeen, after studying briefly at The Art Students League. He spent six months in Paris visiting the Louvre every day and auditing classes at the Academie de la Grande Chaumiere. Gottlieb made his solo debut in 1930. In 1935, he became a founding member of “The Ten,” a group of artists devoted to expressionist and abstract painting. Eight years later, he would become a founding member of another group of abstract painters, “The New York Artist Painters,” that included Mark Rothko, John Graham, and George L. K. Morris. In 1943, Gottlieb co-authored and published a letter with Rothko in The New York Times, expressing what is now considered to be the first formal statement of the concerns of the Abstract Expressionist artists. Pace Gallery has represented Gottlieb’s estate since 2001.