Newsletter (9): High Tide at the Foundations

Traveling through the World of Art Foundations (9)

In this week’s newsletter (nearly) all of the exhibitions concern water, which is the French foundation, Fondation François Schneider’s raison d’être; Fondation Carmignac on the Isle of Porquerolles can finally present La Mer Imaginaire, which includes a fountain by Bruce Nauman, whose solo exhibition Contrapposto Studies is currently being held in Venice at Punta da Dogano – Pinault Collection (Italy). Fondation Thalie (Belgium) takes a dive in Invisble Seascapes with the photographer Nicolas Floc’h, while Chloe Dewe Mathews reveals her perspective on our ever-changing relationship with water at the Martin Parr Foundation (UK). 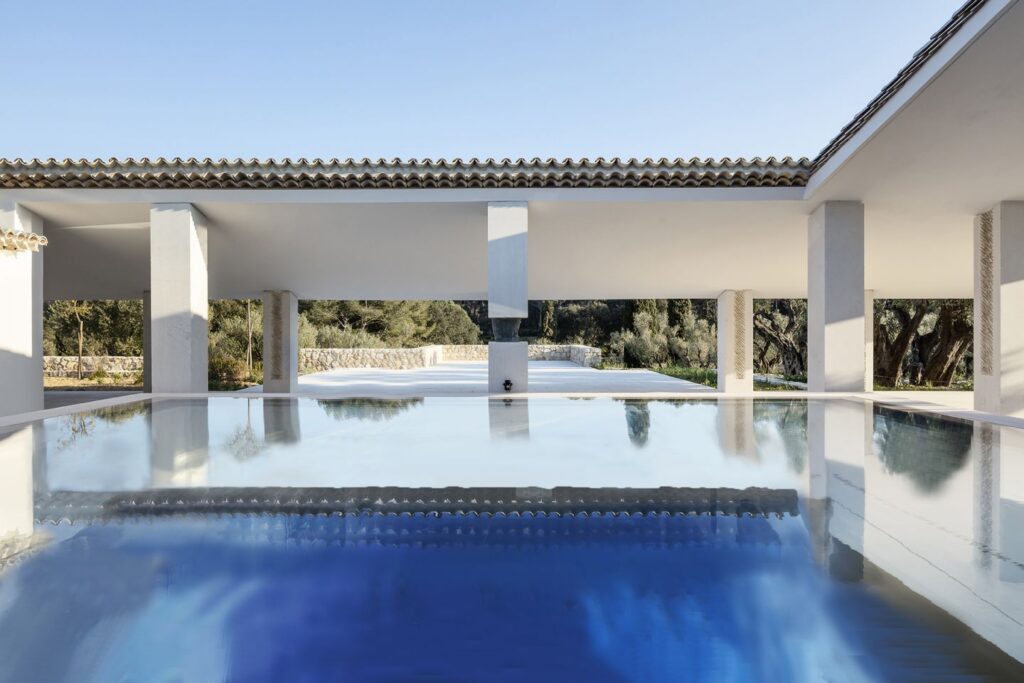 The Fondation Carmignac has invited American curator and writer Chris Sharp to organise this exhibition ‘La mer imaginaire’ (‘The imaginary sea’) at Villa Carmignac on the island of Porquerolles, France.
The project transforms the villa into an underwater natural history museum, questioning the interactions between our civilization and the marine world.
Conceived by American curator Chris Sharp, this exhibition was inspired as much by the architecture of the place – the spaces immersed under the villa’s ceiling filled with water – as iconic works from its collection: Bruce Nauman’s fountain with a hundred bronze fish, Miquel Barceló’s subaqueous fresco and Jeff Koons’s sculpture of a lobster perched on a chair, among others.
Several loans of works by French and international artists such as Henri Matisse, Gilles Aillaud, Mathieu Mercier or Gabriel Orozco, complete the ensemble along with new productions by Bianca Bondi, Miquel Barceló, Lin May Saeed, Kate Newby and Hubert Duprat, which were created for this occasion.

Palazzo Grassi – Punta della Dogana – Pinault Collection in Venice presents a major exhibition dedicated to the US artist Bruce Nauman (1941, Indiana, USA), entitled “Bruce Nauman: Contrapposto Studies,”
The exhibition, conceived as an ascending spiralling itinerary through the spaces of Punta della Dogana, has been designed to immerse the viewers into Nauman’s explorations of performance, sound and space by presenting the works of the Contrapposto series along with earlier works across media
Read more…

The Territories of Water”  in Wattwiller at the Fondation François Schneider brings works and objects from the collections of the Musée du Quai Branly – Jacques Chirac into resonance with a selection of works from the François Schneider Foundation, a contemporary art fund set up in 2011 to address the issue of water.
The Talents Contemporains competition rewards 7 laureates of all disciplines and nationalities. Videos, photographs, drawings, installations, digital works, blown glass sculptures constitute a set of pieces telling the story of water in all its forms. The crossing of the Mediterranean, drifting sheep, an odyssey on the Norwegian fjords, tin and molten water, contemporary rituals, questions about mass fishing, dams, water mechanics, a reinvented planet… are the varied themes and subjects of the contemporary artists who won the competition.

Fondation Thalie in Brussels is pleased to present ‘Invisible, Seascapes’ bringing together several photographic series and sculptures by Nicolas Floc’h. For the past ten years, Floc’h has been developing a production which addresses global changes as well as the definition of an underwater sea landscape—or seascape. Previously exhibited at the Frac Provence-Alpes-Côte d’Azur, the Initium Maris and Invisible projects—carried out in Brittany, in the Mediterranean as well as in Japan—are presented here alongside a series of photographs and installations dedicated to the architecture of artificial reefs. Together these works highlight Floc’h’s research, which deals with a period of transition and which reveals the impact of climate change on the balance of ecosystems 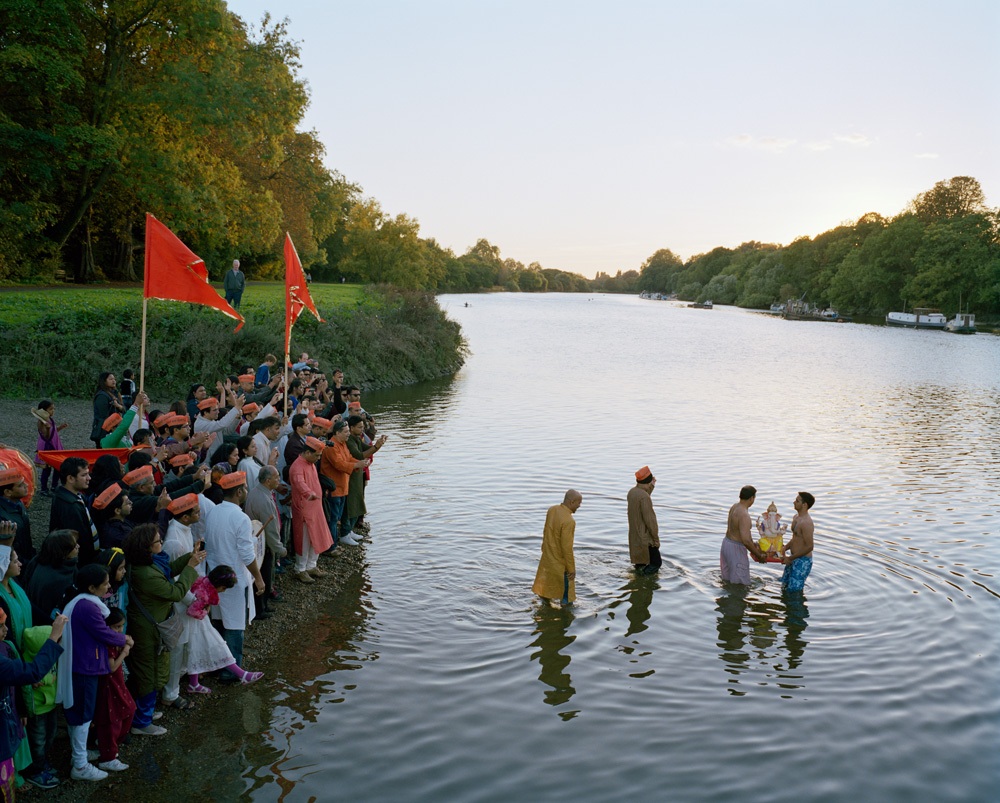 In ‘Thames Log‘, the exhibition of the photographer Chloe Dewe Mathews, shown at the Martin Parr Foundation in Bristol, examines the ever-changing nature of our relationship to water.
From the source of the river Thames to its mouth, Chloe has photographed people enacting a range of rituals and routines at the water’s edge. Over the course of five years she has observed traditional, collective ceremonies as well as privately improvised acts; from ship spotting, mud larking and ceremonial boat burning, to Pentecostal baptisms, coracle missions and teenage rites of passage.

A catalogue of the exhibition of the artist’s work in 2018, coinciding with what would have been his ninetieth birthday  –  sold by Blenheim Castle.  More information