Newsletter (20): Hot Topics being dealt with at Art Foundations

6 September 2021
Translate via the top menu
Spanning twenty-eight artists from all parts of the world and many of today’s hot topics in art, we present you: ‘Landscapes of labour‘ at KAI10 Arthena Foundation (Düsseldorf), ‘In a dream you climb the stairs‘ by Nikita Gale at the Chisenhale Gallery (London), ‘to go to. Jorge Queiroz | Arshile Gorky‘ in Lisbon at the Calouste Gulbenkian Foundation, ‘Indigo Waves and Other Stories‘ at Zeitz MOCAA in Cape Town and finally at the Fogo Island Arts: ‘Body in Trouble’ by Nadia Belerique. 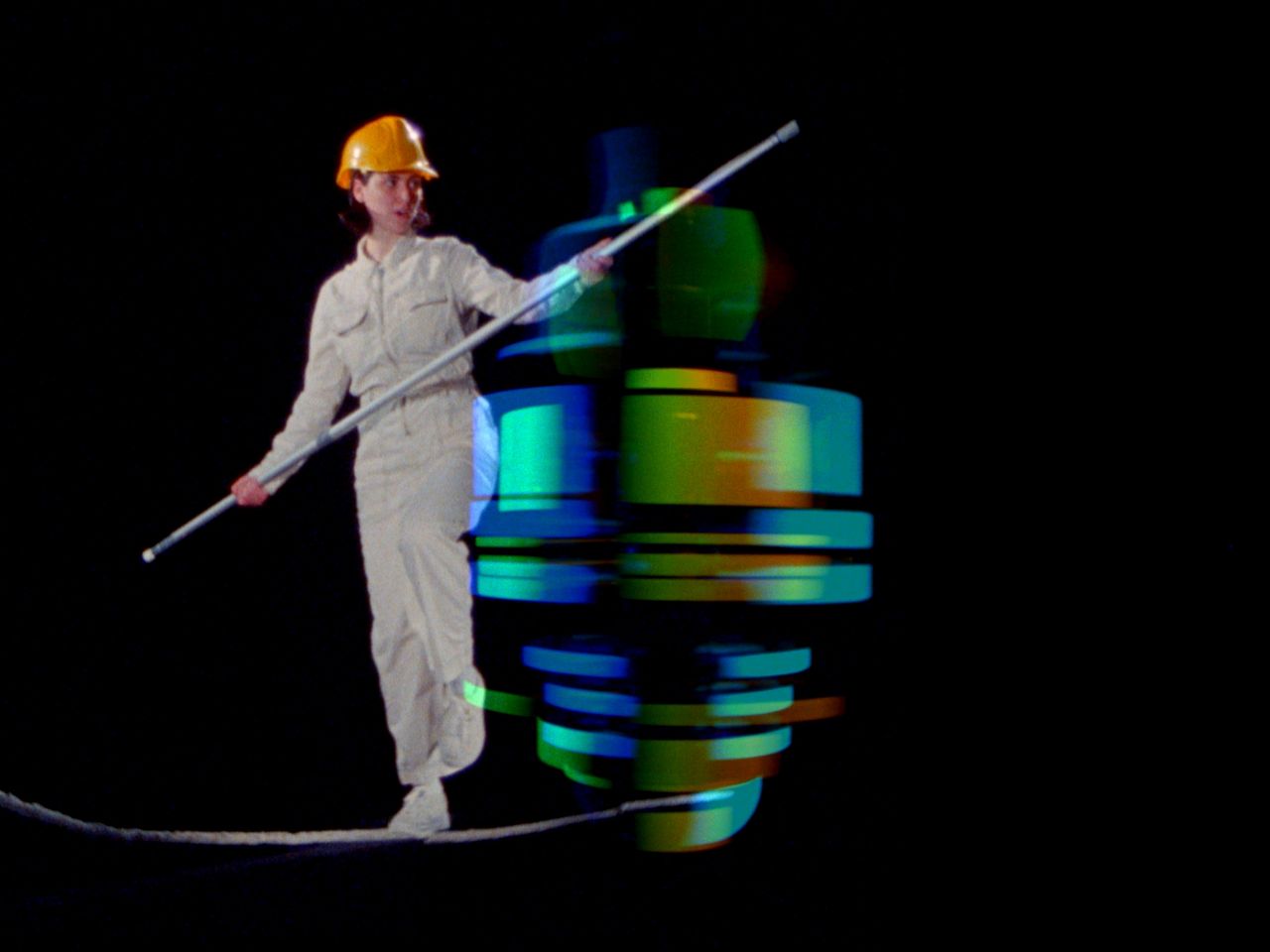 ‘In the age of globalisation, the world of work is less dependent on physical place and geographical location. But does space really disappear, or do new spaces of labour and new geographical references emerge to replace the old ones?’ These questions are central to the group exhibition ‘Landscapes of Labour’, in Düsseldorf at the KAI10 Arthena Foundation, curated by Julia Höner, which sheds light on current economic processes and the role of workers within them as a relationship based on spatial constellations.
With the artists: Ana Alenso, Ericka Beckman, Céline Berger, Elie Cortiñas, Kate Crawford & Vladan Joler, Simon Denny, Latoya Ruby Frazier, Melanie Gilligan, Allan Sekula, Wang Bing
ill Ericka Beckmann, Reach Capacity, 2020, 16 mm, HD, Filmstill, Courtesy the artist
Read more….. 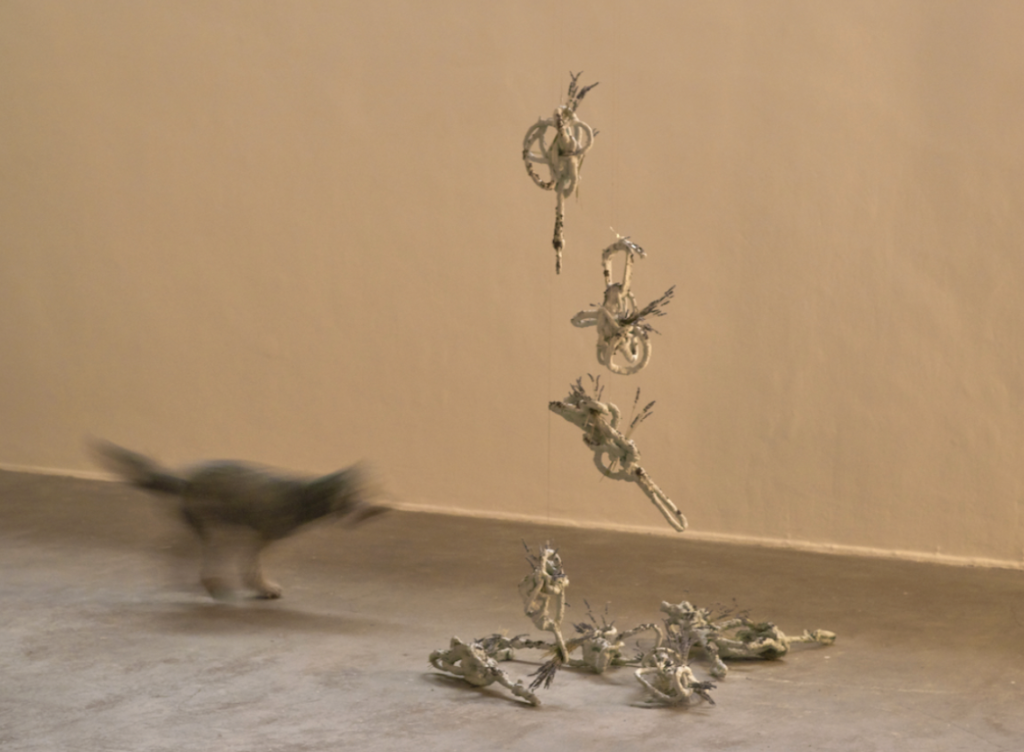 Nikita Gale’s exhibition ‘In a dream you climb the stairs’ at the Chisenhale Gallery in London is a materialisation of what might happen when social infrastructures of visibility and performance turn to ruin. How might the remains be used and navigated by sensory economies that operate outside of our visually dominant, human one?
Her instalation consists of remnants of a performance rendered in concrete. The exhibition takes Toni Morrison’s 1977 novel Song of Solomon as its starting point, notably the character of Circe, who shares her home with a pack of Weimaraner dogs. Referencing a passage from the book in the exhibition’s title, Gale brings to life an ambitious interpretation of Circe’s feral and free domain — once a grand house, now a decaying testament to the greed and violence of the family she previously served but out lived.
Read more…

The exhibition ‘to go to. Jorge Queiroz | Arshile Gorky‘ in Lisbon at the Calouste Gulbenkian Foundation brings together a prominent American artist of the 1940s and one of the most creative Portuguese contemporary artists.
Imagined by Jorge Queiroz and curated by Ana Vasconcelos, the exhibition gathers a selection of drawings and paintings by two artists represented at the Gulbenkian Foundation Modern Art Centre Collection, who come from completely different historical and cultural backgrounds: Arshile Gorky was born in Armenia in 1904 and died in the USA in 1948 and Jorge Queiroz lives in Lisbon, the city where he was born in 1966.
Read more… 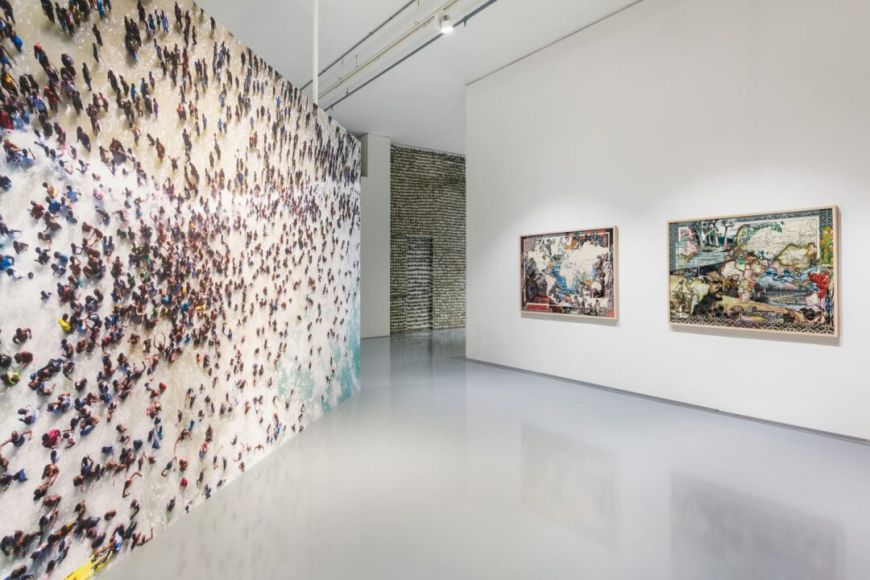 ‘Indigo Waves and Other Stories‘ at the Zeitz MOCAA in Cape Town in  is guest curated by renowned art historians and curators Natasha Ginwala and Bonaventure Soh Bejeng Ndikung, with Michelangelo Corsaro.
The exhibition is taking the stories and histories of the Indian Ocean as its departure point. Re-Navigating the Afrasian Sea and Notions of Diaspora brings together 13 contemporary artists, historians, filmmakers, musicians, writers and thinkers to investigate, unpack and shed light on some of the smaller and bigger historical, cultural and linguistic links between the continents of Africa and Asia. The exhibition approaches the Indian Ocean as a communal horizon from which to read Afrasian (that is, belonging to both Africa and Asia) histories of forced and unforced movement through currents of mercantile and colonial empire.
Oscar Murillo, surge (social cataracts), 2021, Oil, oil stick and spray paint on canvas and linen, 250 x 350cm. Courtesy of the artist 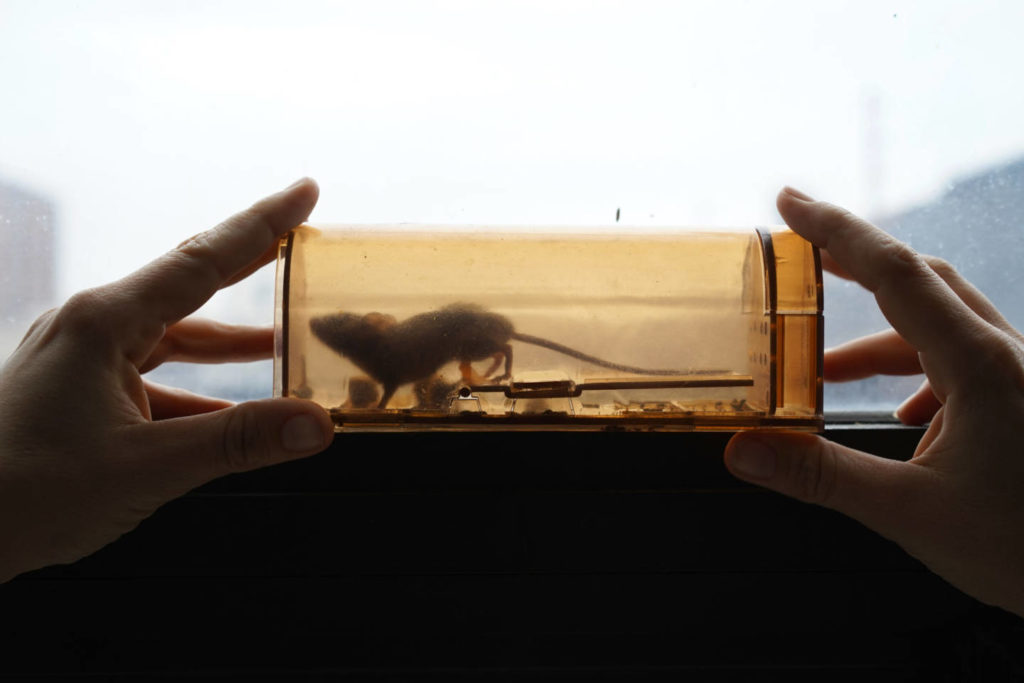 Following a residency at Fogo Island Arts (newfoundland / Labrador) seven years ago, Nadia Belerique was invited to present a solo exhibition of her work in 2022. ‘Body in Trouble‘, curated by Nicolaus Schafhausen and Claire Shea, is a new series of works by Belerique that are directly linked to her time on Fogo Island, where she began to experiment with integrating sculptural and architectural gestures into a practice that was predominantly photographic at the time.
Working across photography, sculpture, and installation, Belerique’s new body of work draws on both sincerity and satire to construct an installation to be entered that is simultaneously an image to be experienced. Working like a film director or set designer, Belerique carefully considers how objects are placed in space to create a scenario that is a scene to be experienced but also offers up a metaphorical scene for the imagination—as a means of questioning how images are mediated, while also considering how meaning is ascribed to objects
Nadia Belerique ‘If I had words’ (2022). 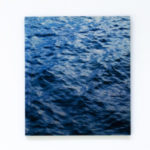 lished on the occasion of the project ULYSSES. 12 migrant portraits produced by Assab One (February – August, 2011) and promoted by the Cariplo and Vodafone Foundations, The book brings together twelve international versions of verses taken from the Canto V of Homer’s Odyssey, submitted participants of the project in their mother tongue…

Sold by Assab One