1 March 2021
Translate via the top menu
Did you know that: 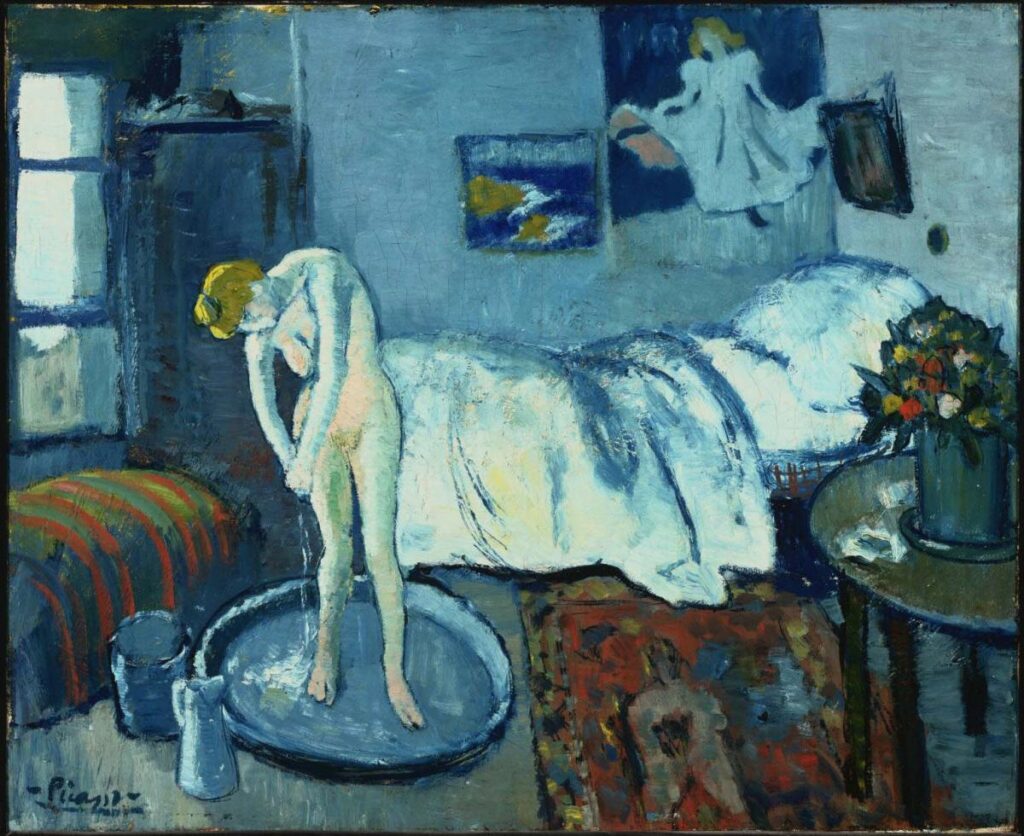 ‘Picasso: Painting the Blue Period‘ is a groundbreaking exhibition at the Phillips Collection that provides new insight into the creative process of Pablo Picasso (1881–1973) at the outset of his career.
It is the first exhibition in Washington, DC, in 25 years to focus on the early works of this 20th century icon, just as he was beginning to define himself on the international stage.
ill: Picasso ‘The Blue Room‘, Paris. 1901
Read more….. 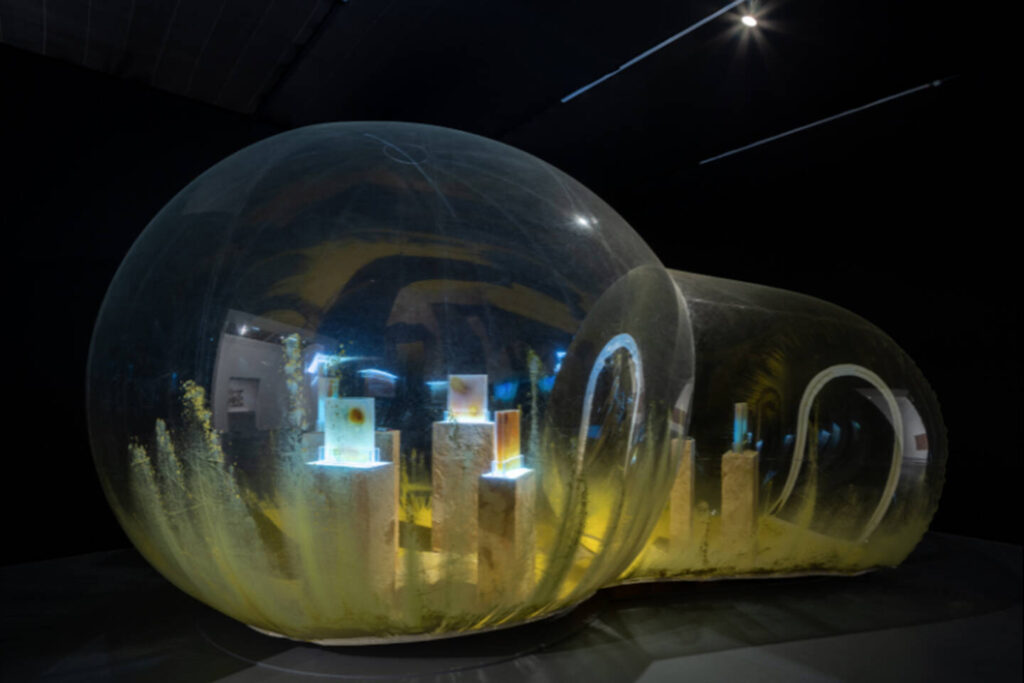 Just a few days ago the exhibition ‘Metaspore‘ by Anicka Yi, curated by Fiammetta Griccioli and Vicente Todolí, has opened at Pirelli HangarBicocca in Milan (It).
Since the beginning of her practice, American-Korean artist Yi (b. Seoul, 1971; lives and works in New York) has used biological and perishable materials such as tempura-fried flowers, algae, and glycerin to create sculptures and installations that form hybrid and symbiotic entities, thus subverting the concepts of natural and synthetic. She explores complex ecosystems privileging an immaterial and invisible dimension by employing elements like scents and bacteria in her artworks.
Read more… 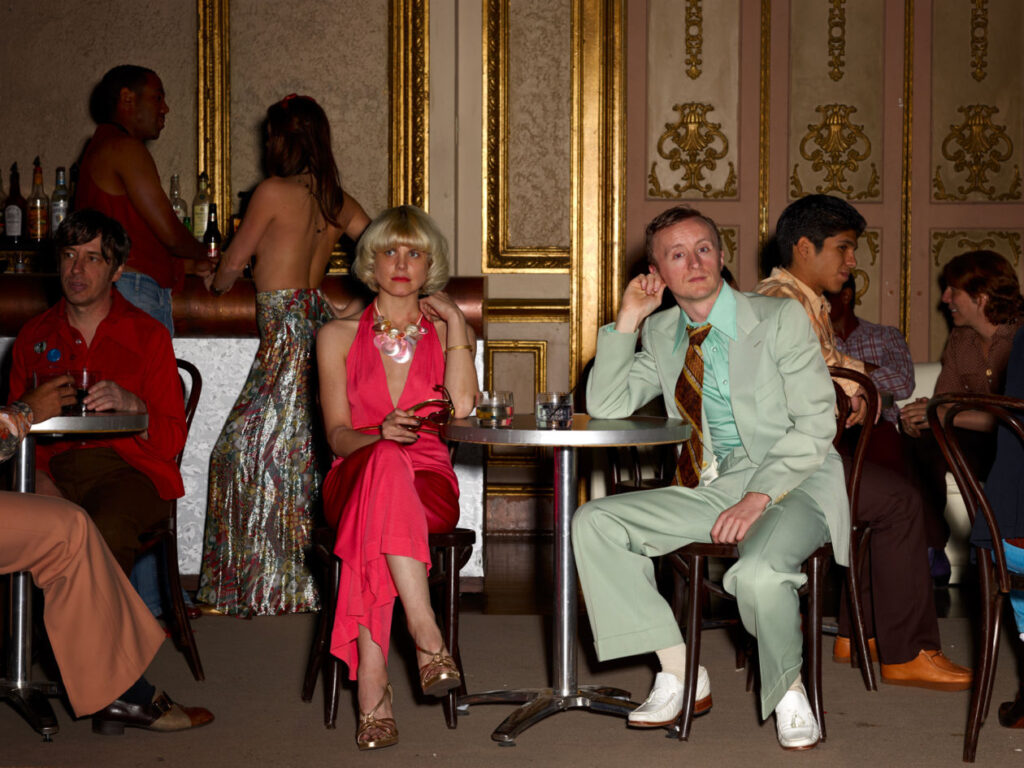 The exhibition ‘Revealing Narratives’ at the PHI Foundation in Montreal presents the Canadian premiere of  Stan Douglas’s most recent photo series Penn Station’s Half Century (2021) and Disco Angola (2012).
Stan Douglas (b. Vancouver, 1960) is recognized as Canada’s most acclaimed contemporary artist whose multidisciplinary works, including films, photographs, and, more recently, theater productions, often reflect on the dynamic potential embedded in pivotal historical moments.
Douglas will be representing Canada this year at the biennale in Venice.
Read more… 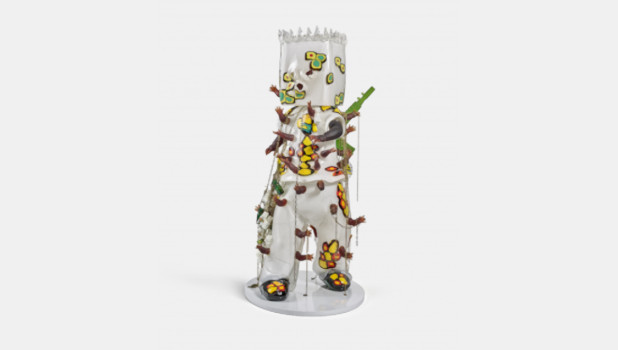 To mark the United Nations International Year of Glass 2022, the Henry Moore Institute in Leeds (UK) has organized a major exhibition exploring glass as a material for sculpture.
‘A State of Matter: Modern and Contemporary Glass Sculpture’  explores glass through its three different states of matter: solid, liquid and gas. Work from 1965 to the present day will be on display by 16 artists including Claire Falkenstein, Mona Hatoum, Luke Jerram, Joseph Kosuth and Hew Locke.
Illustration: Hew Lock, ‘Mummy’s Little Soldier’ 2013 @Hew Lock Photo Prudence Cuming Associates 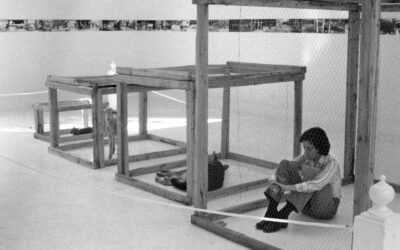 Index – The Swedish Contemporary Art Foundation in Stockholm and Marabouparken Konsthall in  Sundbyberg (SE) simultaneously show the work of the Catalan artist Fina Miralles’ (Sabadell, 1950); her first major exhibition in Sweden.
‘I AM ALL THE SELVES THAT I HAVE BEEN’ is presented as a journey that delves into some of the crucial issues addressed by Miralles: the transversal relationship with nature in her work; the language with which we communicate and express ourselves; artistic expressions and the way they overlap in the presentation of an idea, whether through actions, performances, photographs, paintings or videos.
(image) Imatges del Zoo, 1974. Fina Miralles. Sala Vinçon, Barcelona