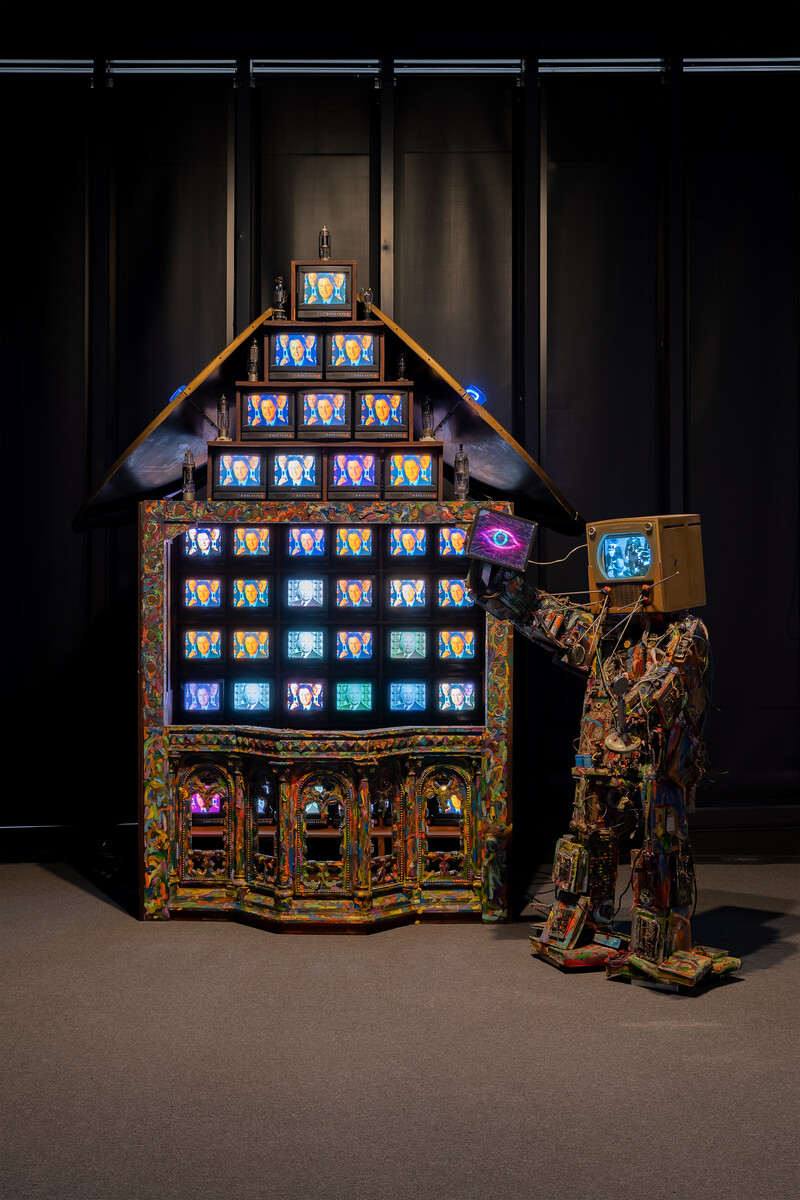 If Nam June Paik were still alive, we would have celebrated his 90th birthday on a grand scale. What would have 90-year-old Paik said to us? What kind of insight would he have given about the pandemic and metaverse, and the direction of art and technology in our time? We would not know the answers unfortunately, but we can see what Paik’s concerns were through the vivid records he left before his 45th birthday. 45-year-old Paik was deeply contemplating and digging into the roots of the “avant-garde” that formed the basis of his artistic orientation. The process of Paik looking back on his artistic origins and discovering them from the past by himself is the “archeology of the avant-garde.”

Nam June Paik said that when his piano teacher told him that “Schoenberg is the most avant-garde composer” when he was a child, he was immediately drawn to it. He decided the direction of his life as soon as he heard the word “avant-garde,” feeling as if something was resonating from the depth of his soul. As such, Paik realized that his interest in the avant-garde was derived from his genes, that is, it was engraved into his inherent personality. It was why the avant-gardism had always been the underlying source that pulled his life to new arts, as he confesses, just as the Ural-Altaic hunters who did not settle in any one place and always went far to look to the new horizon. Here, we understand why Paik was drawn to the far-sighted machine, television, and why he always wanted to do new works in search of new media.

In 1978, when Nam June Paik turned 45, he was not in a good situation. He had to accept a professorship at the Düsseldorf Academy to succeed his friend, Joseph Beuys, for a living and he could not hide how sorry he was. In 1977, a year prior to that, he had tried the possibility of video art using satellite through Documenta 6 Satellite Telecast, but it was hard for him to find an opportunity to advance it to the next level. However, Paik continued to work on it persistently in Germany and New York, and after a retrospective exhibition at the Whitney Museum in 1982, he presented a new work again with Good Morning Mr. Orwell in 1984. The new horizon he wanted to see as he traveled far through the satellite was the universe.

Nam June Paik Art Center selected 10 scenes that reflect Paik’s avant-garde. Starting with Paik in front of a laser work in 2000, our memories go back to Paik installing a work at the Venice Biennale in 1993, Paik conducting Good Morning Mr. Orwell in 1984, and Paik as a young man in the 1960s. Every memorable scene will remind viewers of his laughter and words. In the midst of the pandemic and the beginning of metaverse, how would Nam June Paik have confidently created a new path?