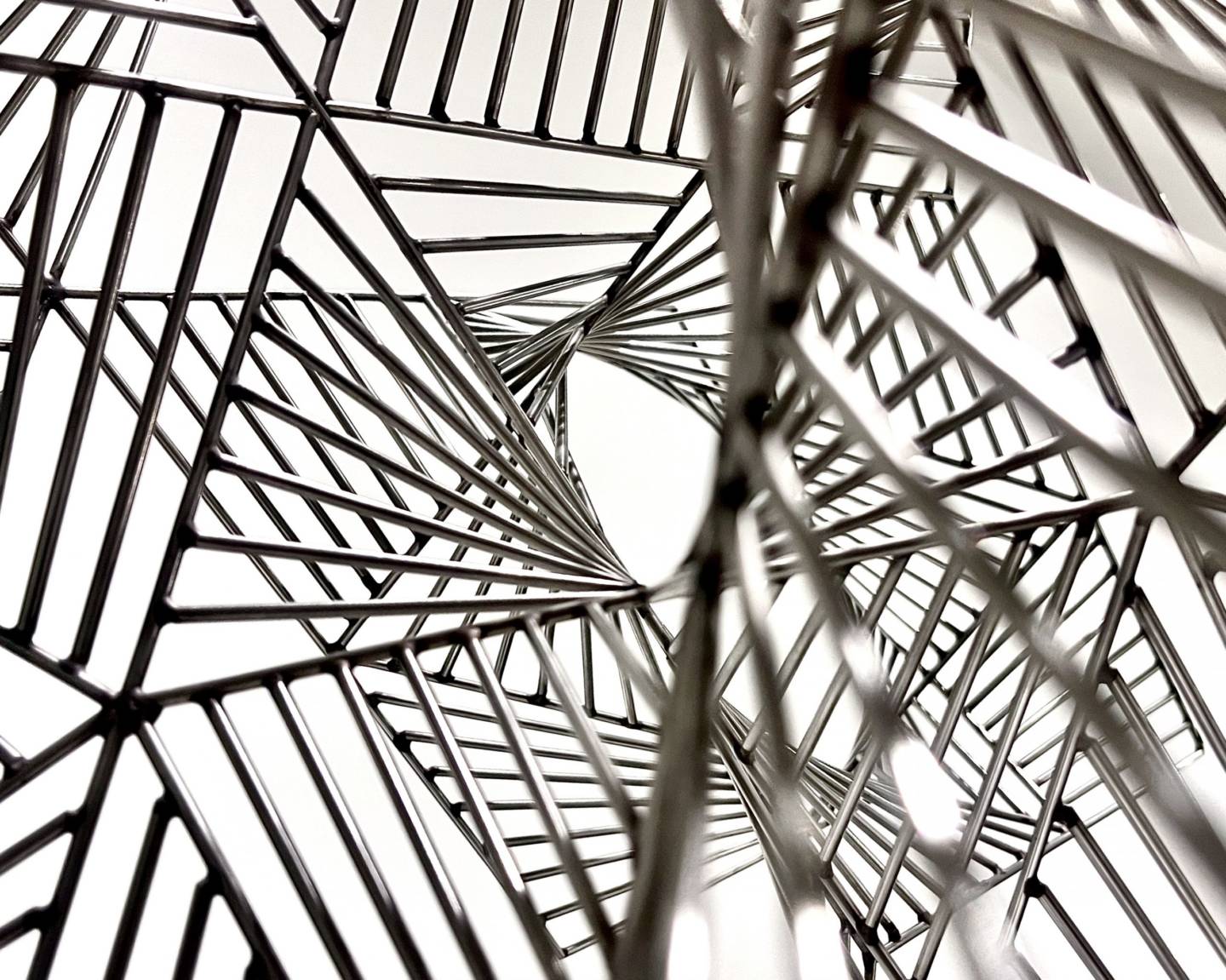 Geometric abstraction, based on the aesthetic assumptions of the avant-garde movements, was one of the lines that in the 1950s of the 20th century allowed Spanish art to be updated and synchronized with the international context. Ángel Duarte (Aldeanueva del Camino, Cáceres, 1930 – Sion, Switzerland, 2007) was the undisputed protagonist of this process and the exhibition we present here is an exercise to affirm his place in the national and international context, during and after his participation in Equipo 57 It also wishes to acknowledge the generosity of Helga de Alvear who, with her recent acquisition of the works deposited by the artist’s family in the Pérez Comendador-Leroux Museum in Hervás, has enabled this legacy to remain in Extremadura.

Duarte’s interest in geometric abstraction in the mid-1950s gave way to the rigour of mathematics and the physics of perception, thus meeting the spatial interests of the future members of Equipo 57 (1957-1962), with whose production this exhibition begins. Together, they would turn these normative principles into a means of political protest and social action through collective work and the use of industrial materials and techniques, multiple works, and furniture design.

After the official dissolution of the group in 1966, Duarte asserted himself as a sculptor and continued to develop the theories of the interactivity of plastic space and the minimal units of movement, adopting the hyperbolic paraboloid as the module par excellence with which to approach spatial multiplicity and non-Euclidean hyperbolic geometry. A path along which he moves steadily towards the optical and kinetic, introducing the temporal dimension and thus placing an active and participatory role in the viewer. These questions become visible in the exhibition through the large group of sculptures and engravings that he updates with the use of glass, acetate, and light to achieve new dimensional and kinetic effects.

Since the mid-1960s, his work progressed, maintaining his firm social commitment, and deepening the assumptions that have animated it since the end of the 1950s with the most recent crystallographic, topological, gestalt, phenomenological, mathematical, and geometric theories.

Ángel Duarte completes this trajectory with a magnificent production of public art (1970-2005), of which in this exhibition we present some models, in the light of which the lightness, transparency and dynamism of the sculptures on display acquire new readings, richer formally and socially, if we think of them on a large scale and in their corporal and perceptive relationship with the viewer.