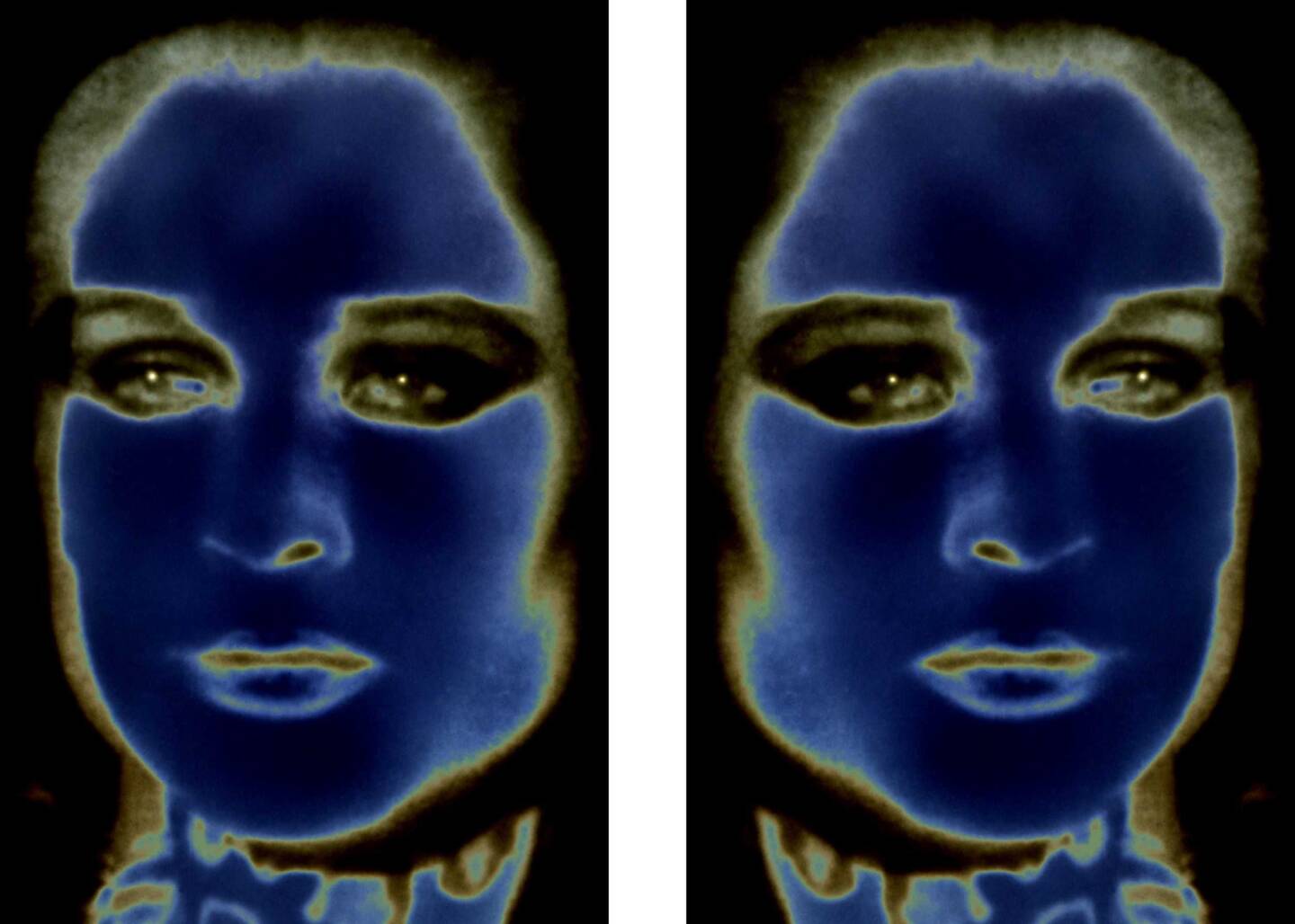 Sieverding joins the phalanx of major German artistic positions since the 1970s, whose epicentre was above all the Rhineland: the artist Katharina Sieverding (born in Prague and raised in the Ruhr area, lives and works in Düsseldorf). Trained as a stage designer, it did not take her long to cast off any inhibitions about large scale images. As a student of Joseph Beuys, she focused her artistic energy on political issues. And as a photographer, she tested the boundaries of the medium’s manifold technical possibilities.

Anyone who looks at Katharina Sieverding’s large-scale self-portraits – sometimes distorted by the glare of the sun, sometimes glinting metallically – quickly realizes that she is not one for artistic compromises. It is no accident that the artist is considered one of the shining examples of her generation in Germany and, at the same time, a timeless pioneer of photography in international terms, too. Her persistent treatment of contemporary German and global matters ensures that her work retains its relevance and even controversiality. Sieverding seeks out confrontation, visually and thematically. At the same time, as she described her work in an interview “I don’t make propaganda art and I don’t want to be seen as somebody who stands for anything in particular. All these designations merely pin me down. I want to adopt an independent position and express my thoughts through my works.”

From the microscopic to the macroscopic: the references in her oeuvre are complex. Her father’s clinically dissecting view sharpened her own focus and opened it to the technical opportunities presented by her chosen medium. From her origins in theater, she understands how images on the wall can define an entire room, with the same immediate and all-consuming effect as a stage backdrop or the big screen in a cinema – which in turn unlocks the imagination for an introspective look at fantasy worlds. Her pictures, often in black & white, with a bright red signal color, accompanied by striking slogans, reflect media-based and commercial manipulation strategies and question them at the same time – it is no coincidence that the artist has repeatedly and consciously escaped the museum setting and sought direct contact with the broader public in common urban spaces. Her earlier, highly self-reflective role in the Dusseldorf art scene, which came across mainly as a men’s club, raised her awareness of the question of one’s own individuality and identity, gender, history and its conditions – and all the fluid borders and process-like transformations between all these categories.

Museum Frieder Burda, in cooperation with Deichtorhallen Hamburg presents an extensive general exhibition of the artist’s work, spanning all phases of her oeuvre: from her early large-scale photo-montages in the 1960s to her oversized self-portrait series from the 1970s to the 1990s, right up to her contemporary productions. These also include new works such as Gefechtspause, (‘Ceasefire’) which addresses the lockdown during the coronavirus crisis. Katharina Sieverding’s show is the latest in a series of monographic exhibitions of photography-based positions such as those of Gregory Crewdson, Andreas Gursky, Rodney Graham and the street artist JR by Museum Frieder Burda, all of which investigated the staging opportunities and great breadth of technology as opposed to painting. The exhibition is curated by Udo Kittelmann in cooperation with Katharina Sieverding.