Museum De Pont: Pictures from Another Wall- the collection of ‘Huis Marseille’ 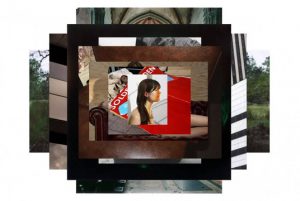 Huis Marseille, Museum for Photography has now existed in Amsterdam for twenty years. This anniversary is being celebrated with an exhibition comprised of roughly one hundred works from its collection, to be shown in the New Wing at De Pont, its sister institution in Tilburg. Over the past two decades, Huis Marseille has built a beautiful collection of more than 750 photographic works by internationally prominent photographers such as Thomas Struth, Thomas Ruff, Andreas Gursky, Andres Serrano, Deana Lawson, Viviane Sassen and Jean-Luc Mylayne. Also represented, however, are less established figures such as Jamie Hawkesworth and Julie Greve, who operate in the undefined realm where fashion and art overlap.

The digital revolution, as well as the omnipresence of photography online and the return to analogue practices, have an influence on the issue as to what photography is today. Furthermore, how should those new developments be dealt with in terms of a museum’s collection? Pictures from Another Wall is an attempt to respond to this.