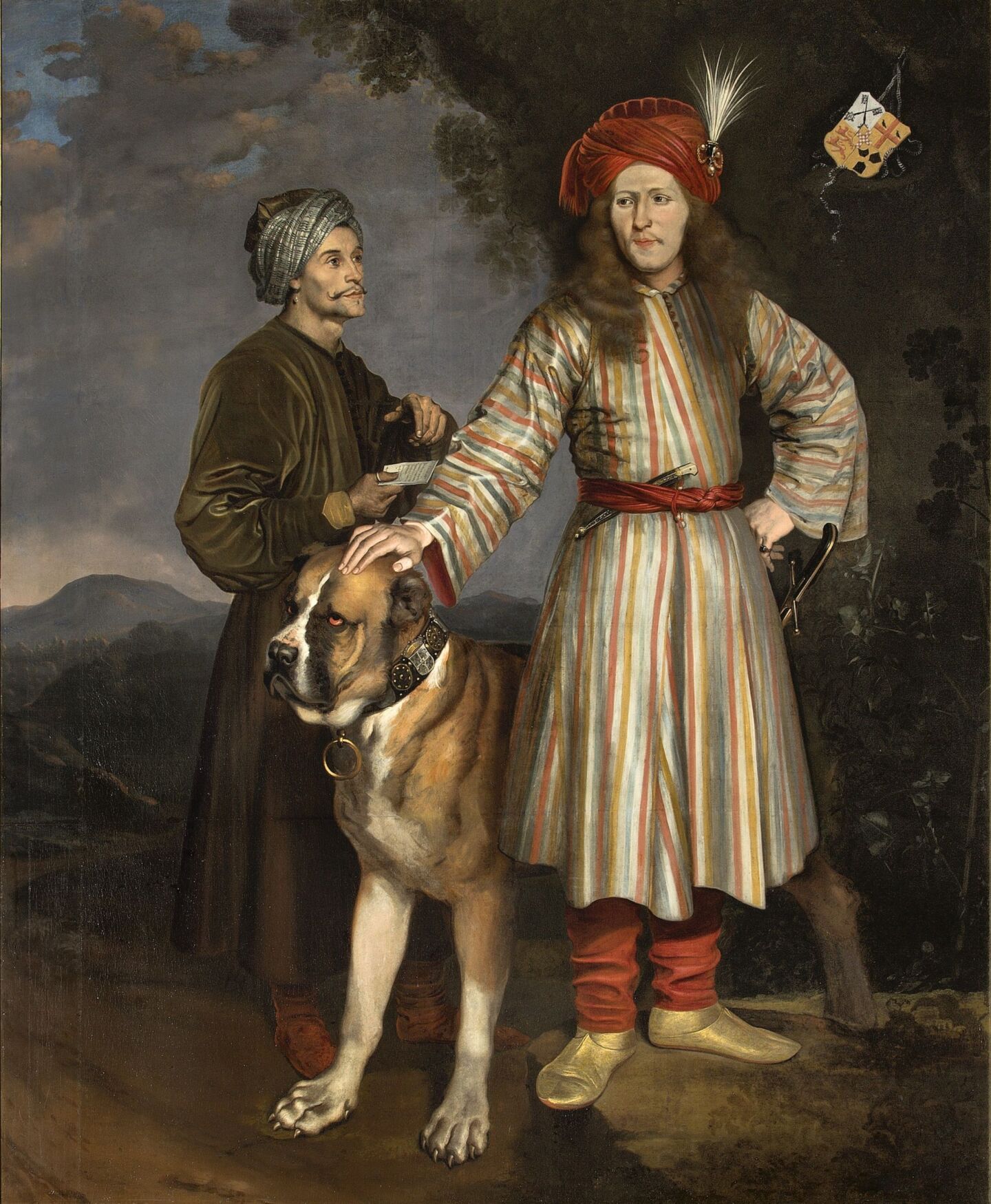 With 120 works including masterpieces by Rembrandt, Ferdinand Bol, Jan van der Heyden, Willem Kalf, Pieter Lastman, and Jan Lievens, the exhibition Rembrandt’s Orient (March 13 – June 27, 2021) examines how the painters of the Dutch Golden Age reacted to the regions of the Middle and Far East—known collectively as the “Orient” in the language of that era.
Turbans and carpets, sabers and silk robes––Rembrandt and his contemporaries repeatedly painted objects from distant lands. The resulting works of art provide evidence of the first wave of globalization and reflect the influence of foreign cultures on the Netherlands in the seventeenth century. This significant art-historical period was shaped by a thirst for knowledge, a passion for collecting, and a pride of possession; it also inspired painters to create novel history scenes, portraits, and still lifes. However, encounters between the West and the East did not occur at eye level, nor was the exchange based on equality. Foreignness offered an intriguing contrast to the world of the Dutch, but it hardly aroused a more profound level of sympathy. This was no different for Rembrandt than for his other contemporaries, and this attitude––which this exhibition invites visitors to reflect upon––remains unchanged to this day in many parts of the Western world. The show provides an opportunity to question this persistent Eurocentrism.
The exhibition presents around 110 works, including masterpieces by Rembrandt, Ferdinand Bol, Jan van der Heyden, Willem Kalf, Pieter Lastman, and Jan Lievens. Among the more than fifty lenders from all over the world who have contributed works are the Rijksmuseum, Amsterdam; the Gemäldegalerie Alte Meister, Staatliche Kunstsammlungen, Dresden; the Prado, Madrid; and the Kunsthistorisches Museum, Vienna.
The exhibition is organized by the Museum Barberini, Potsdam, in collaboration with the Kunstmuseum Basel, under the patronage of His Excellency Wepke Kingma, Ambassador of the Kingdom of the Netherlands to Germany. The exhibition was shown in Basel from October 31, 2020, to February 14, 2021.