Museum Barberini: “Impressionism in Russia: Dawn of the Avant-Garde” 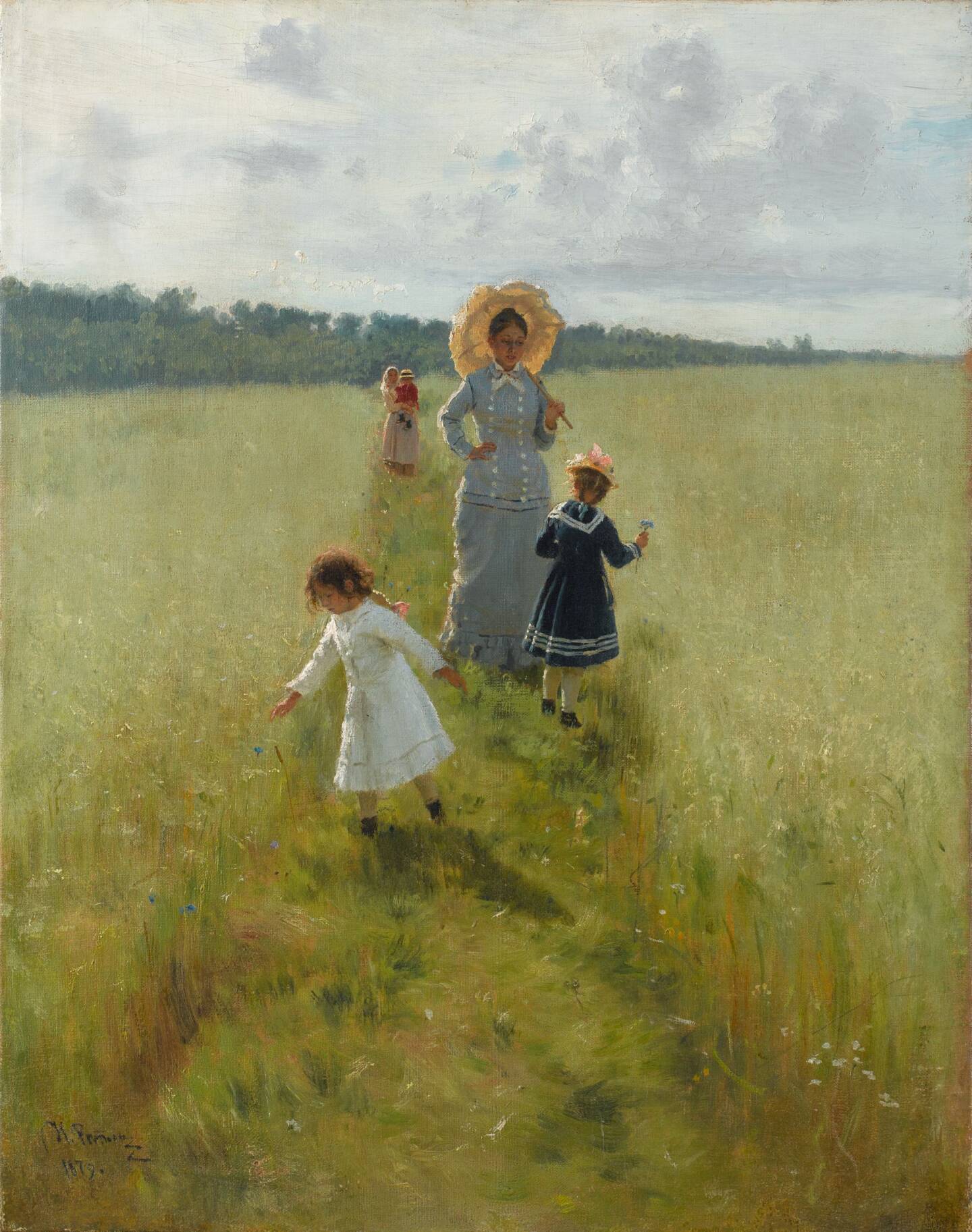 This exhibition at the Museum Barberini is dedicated to the reception of French painting in Russia, a subject that has received little attention to date. With over eighty works, the show (Auguts 28, 2021 – January 9, 2022) demonstrates the extent of their international visual vocabulary around 1900 and places Russian artists of the period—from Ilia Repin to Kasimir Malevich—in context of Western European modern art.

As the leading European metropolis of art, Paris attracted painters from the academies of Moscow and St. Petersburg since the 1860s. Through their examination of the Impressionist style of painting modern life, they liberated themselves from the academic rules that governed Realist painting in Russia. Interaction with French painting inspired artists such as Ilia Repin, Konstantin Korovin, and Valentin Serov to produce works that in addition to the impression of the present moment also showed a sensory world that confronted modern life. Electric lights, shopwindow displays, and the architecture of the modern boulevards offered them motifs that they treated with great painterly freedom.

The practice of painting outdoors that was inspired by the Impressionists transformed Russian art and made landscapes popular. Repin, Vasily Polenov, and their pupils Korovin and Serov explored nature around Moscow and traveled to the expanses of the north. Painting en plein air and a sketch-like style led artists to motifs that expressed a zest for life, encouraging a shift away from the existential subjects of Russian art. Artists captured the carefreeness of modern recreational activities in Impressionist interiors that are suffused with light. Studies of light effects in indoor scenes and in still lifes led to a new appreciation of these genres that were little esteemed at the academy in Moscow. In portraits and pictures of families, Russian artists linked candor with psychological depth to create their own style of Impressionism. Questions of national identity were just as important as the relationship to the tradition of Realism in painting. Impressionism, with its focus on spontaneous expression and modernity that transcended borders, gave new impulses for dealing with this.

A second generation of Russian artists in Paris at the beginning of the twentieth century became acquainted with Post-Impressionism and Fauvism, painting styles that experimented with bright, unmixed colors. Landscape painting became the first field of experimentation for artists such as Mikhail Larionov, Natalia Goncharova, and Kazimir Malevich. They considered themselves Impressionists before founding the Russian avant-garde with expressive Rayonism and nonrepresentational Suprematism after 1910. Now that color had been liberated, painters found the energy that stood for the dynamism and renewal of a new age. Impressionist observation was transformed by the Cubist and Futurist practice of breaking down surfaces and made absolute as luminous nothingness in Malevich’s series White on White.

The exhibition includes over eighty loans from institutions such as ABA Gallery in New York, Museo Nacional Thyssen-Bornemisza in Madrid, the Collection of Iveta and Tamaz Manasherov in Moscow, the Collection of Vladimir Tsarenkov in London, the State Tretyakov Gallery, the State Museum of Fine Arts of the Republic of Tatarstan in Kazan, the Collection of Elsina Khayrova in London, and the Stedelijk Museum in Amsterdam as well as from private collections.

An exhibition of the Museum Barberini, Potsdam, and the Museum Frieder Burda, Baden-Baden, in cooperation with the State Tretyakov Gallery, Moscow.